Artists in mediums ranging from pottery to painting will come together at the second annual Westerville Art Hop Saturday. Credit: Courtesy of Ken Wright

Local artists will come together to show off their talents and sell their art at Westerville’s second-ever Art Hop Saturday.

The event, presented by the Arts Council of Westerville and Uptown Westerville — an organization that aims to bring tourism and businesses to Westerville — will take place from 1-5 p.m. and include 40 artists and more than 30 locations on North State Street, Lynn Aventino, executive director of Uptown Westerville, said. The Art Hop is free to all and will offer food trucks, Designated Outdoor Refreshment Areas and live music at some stores.

“The Art Hop was created to introduce people in the greater community to the art talent in Westerville and to the historic uptown shops that they might not have visited before,” Aventino said.

Businesses and galleries along the strip, including Amish Originals Furniture and Inspired – Gallery of Fine Arts, will allot a portion of their space to the featured central Ohio artists to display their work, Aventino said. Attendees will be able to dine at food trucks, such as Donna’s Delicious Dozen and Little Ladies Soft Serve, and other restaurants along the uptown strip.

“Local businesses really support our economy, our community we live in, so that whole cycle of keeping our money where we live helps us instead of sending our money to the bigger corporate entities,” Aventino said.

Various art mediums will be represented during the Art Hop, including tapestries, paintings, pottery, children’s book illustrations and more, according to the Uptown Westerville website. Artist Don Wilkins said he works with an art form called reverse glass painting, which involves painting on the back of glass so the image comes through on the other side.

Due to the pandemic, Westerville has not been able to hold an Art Hop since 2019, which Wilkins said has caused a build-up of artistic talent. He said the previous Art Hop was a great opportunity for artists to share their passion and sell their work.

“It was a disappointment that we didn’t have any for two years,” Wilkins said. “I think there’s a whole bunch of pent-up artistic talent that just hasn’t been allowed to get out there. It’s sort of like musicians. If you’ve been to a musical concert lately, they’re almost giddy to be onstage because they haven’t been on stage for two years.”

Wilkins said one of the things he missed most about the Westerville Art Hop was the ability to foster a love of art in community members who may be inspired by the event.

“My favorite part in 2019 was having discussions with young people, children, 10-year-olds, 12-year-olds, 14, and other various artists who are just starting out,” Wilkins said. “Having those conversations is sort of cultivating the next generation, even if somebody who’s 60 years old says they really want to get back into art.”

In addition to art hops and festivals, Uptown Westerville orchestrates events such as annual cookie and chocolate walks and the Fourth Friday Festivals, which are fair-like events that take place every fourth Friday of the month, May through October, Aventino said.

The organization also looks for ways to include Ohio State students in its happenings, with the Women in Engineering Program at Ohio State participating in a past Fourth Friday to help kids build miniature helicopters, she said.

“There are so many nice free events like Fourth Friday where students can come and spend their day and they don’t have to spend money. They can if they want to, but I think it’s a nice little hub,” Aventino said. “We would love to see more OSU students.”

This story has been updated to include the Arts Council of Westerville as one of the co-presenters of the Westerville Art Hop.

Clive Davis at 90: Veterans Recall the Man, the Mentor, the Music

Sun Apr 10 , 2022
Clive Davis’ name is a synonym for the ultimate record man. In terms of success, influence, longevity, and the artists and executives he has mentored, he has no peer and probably never will. To give just one example, in 1972 he told a young Bruce Springsteen that the debut album […] 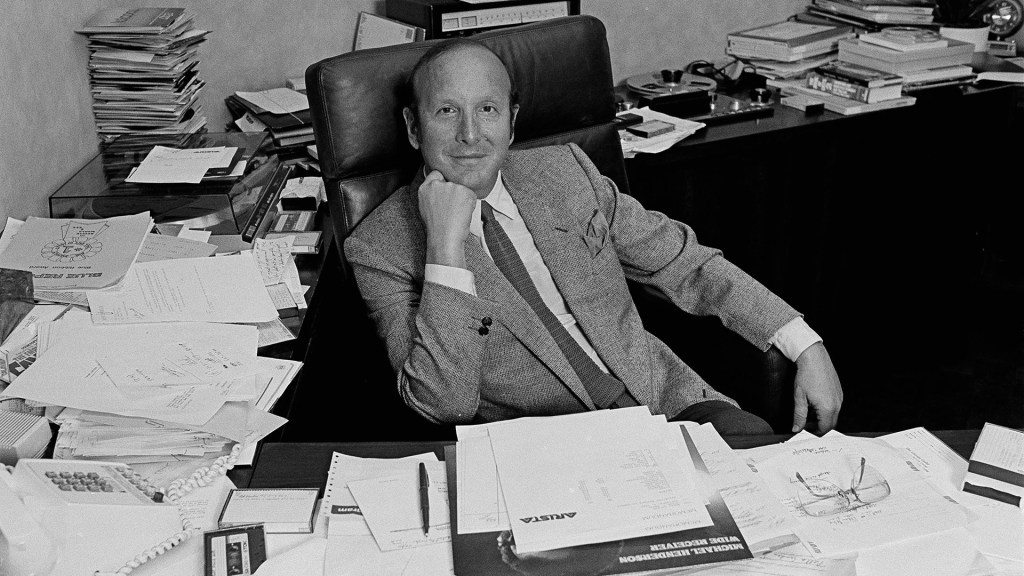