On Friday, May 6, Guy Ritchie’s crime comedy The Gentlemen tops Netflix’s Daily Top 10 Movies list for the third day in a row, which is a movie doing exceptionally well on Netflix despite that time Succession‘s Jeremy Strong declined to discuss his involvement in it on the record for his New Yorker profile. There are also two Rambo movies here today: 2008’s Rambo and its 2019 sequel, Rambo: Last Blood. Rambo is new to the list today, as are the classic Adam Sandler golf comedy (golfmedy?) Happy Gilmore and the Chadwick Boseman-starring Jackie Robinson biopic 42.

But which films in Netflix’s Top 10 list of the most popular movies are worth watching? We break down the entire Netflix Top 10 Movies list and guide you through what to binge and what to skip. We do the same for Netflix’s Top 10 TV shows, as well as Netflix’s overall Top 10 list. We also have recommendations for the best movies on Netflix and the best TV shows on Netflix to watch right now.

Based on Netflix’s Top 10 Movies from Friday, May 6

For fans of: Guy Ritchie crime comedies | Is it good?: Yeah

One of the last hit movies to come out in theaters before the pandemic, and one of the last hit movies not based on prior IP. Guy Ritchie wrote and directed this bang-bang British action comedy in a return to the type of movies that put him on the map, Lock, Stock and Two Smoking Barrels and Snatch. The star-studded cast includes Matthew McConaughey, Colin Farrell, and Hugh Grant, who are all having a lot of fun being bad. And because the movie turned a profit, it has become IP: a Netflix series adaptation is in the works. (Yesterday’s rank: 1)

What to Watch from Netflix’s Overall Top 10

For fans of: Sequels that aren’t as good as the original, Tommy Lee Jones | Is it good?: It’s fine

This Harrison Ford-less sequel to The Fugitive finds Tommy Lee Jones chasing down a new fugitive, played by Wesley Snipes. It’s nowhere near as good as The Fugitive, but what is? It still has Tommy Lee Jones doing the cantankerous lawman thing that we all love so much. (Yesterday’s rank: 2)

For fans of: Gerard Butler and other tough guy action stars | Is it good?: It’s OK

In this heist thriller, Gerard Butler plays a detective working to capture a team of former Marines before they can rob the Federal Reserve in Los Angeles. If this doesn’t feel like a new movie on Netflix, you’re right; according to New on Netflix, it was on Netflix from May 2020 to May 2021, left Netflix for a year, and came back on May 1. (Yesterday’s rank: 9)

Sylvester Stallone (who also co-wrote the screenplay) laced up John Rambo’s boots again for the fifth flick in the franchise, a pointless, offensive, blood-splattered movie that sends Rambo to Mexico to rescue his adopted niece from a cartel. (Yesterday’s rank: 3)

This 2005 adaptation of H.G. Wells’ 1898 novel stars Tom Cruise as a Brooklyn dock worker who has to protect his children — one of whom is played by Dakota Fanning — after aliens invade. The ending falls flat, but the rest of the movie is a good time. What can we say? Steven Spielberg knows how to make a movie about aliens. (Yesterday’s rank: 4)

For fans of: Life being like a box of chocolates | Is it good?: Everyone has their own opinion because everyone has seen it

Tom Hanks plays a simple-minded man who plays an unwitting role in some of the biggest events of the 20th Century. You know this movie, you love this movie. Even if you think it’s overly sentimential hokum, you still cry when Bubba dies and when Forrest gives his speech to Jenny’s grave at the end. I’m getting misty just thinking about it. (Yesterday’s rank: 6)

For fans of: Animals doing people things, Jack Black | Is it good?: It’s not as good as the first two, but it’s still good

For fans of: Adam Sandlerification, the way Ben Stiller says “I will put you to sleep” | Is it good?: Honestly, it’s still great

Netflix users love absolutely nothing more than they love an Adam Sandler comedy. This is one of the classic ones, starring Sandler as a failed ice hockey player who joins a golf tournament in order to win enough money to buy his grandmother a house. The best part is easily Ben Stiller, who plays a perfect, hammy, handlebar mustache-wearing villain. (Yesterday’s rank: n/a)

For fans of: RAMBO! | Is it good?: People certainly love it

If you like Rambo: Last Blood, you’ll love Rambo, which came before Last Blood. Sylvester Stallone co-wrote, directed, and stars as John Rambo in the fourth installment of the franchise, and the film follows him as he leads a group of mercenaries on a mission to rescue Christian missionaries from an infantry unit in Burma. (Yesterday’s rank: n/a)

For fans of: Biopics, sports icons | Is it good?: The movie’s fine, but Boseman is excellent

The late Chadwick Boseman was the go-to biopic guy for a while, and in this one he plays Jackie Robinson, who was famously the first Black athlete to play in Major League Baseball. It also has a great supporting cast in Harrison Ford, Nicole Beharie, Andre Holland, and Christopher Meloni. (Yesterday’s rank: n/a)

Sun May 8 , 2022
On the first Monday in May, art and fashion enthusiasts alike ascended the Metropolitan Museum of Art’s stairs to celebrate fashion’s biggest night, the Met Gala. This year’s gala theme, Gilded Glamour, provided ample fodder for creative interpretation as well as endless opportunities for fashion statements. The theme is a […] 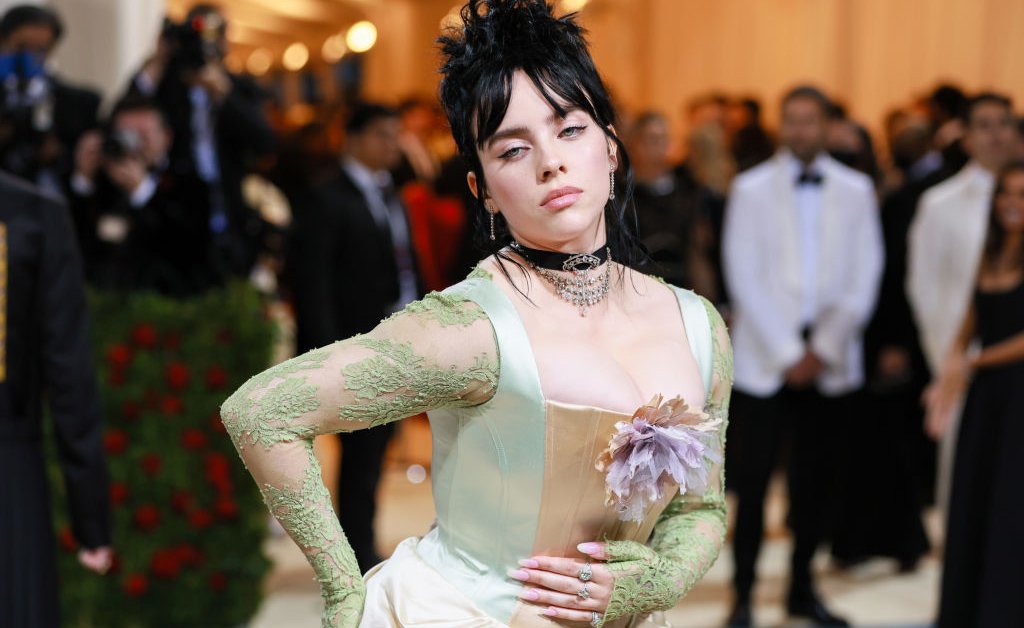