While some might dabble in fanfiction after becoming obsessed with a fictional couple or real-life celebrity, I’ve always yearned for edits. In high school I would scour YouTube using embarrassing search terms like “Veronica Mars Logan Echolls Ed Sheeran edit.” Today, they’re still an essential expression of my fandom. Edits tailored specifically to my interests miraculously appear on my For You Page on TikTok.

For the uninitiated, edits are fan-made videos typically set to music that slice together clips of a celebrity or character. (They’re also occasionally referred to as fancams or vids, but fancams typically feature only one celebrity or public figure, and vids tend to use footage from TV shows and movies.) The act of creating fan edits is called vidding. In fandom, edits allow you to express your fandom and your perspective with like-minded individuals.

The very first fan edit can be traced back to 1975, when Star Trek fan Kandy Fong made a slideshow of Star Trek outtakes inspired by The Beatles’ music video for “Strawberry Fields Forever.” In a 2012 interview, Fong described the lightbulb moment: “[The Beatles] weren’t standing there and playing instruments, which was all the music videos you’d seen to date. And I thought, duh. This guy I’m dating has cigar boxes full of little pieces of film from Star Trek. I’ll betcha I could put those together and tell a story.” She premiered her slideshow at Equicon, a Star Trek fan convention. Fong narrated the first half of the video, and the second part was soundtracked by a mix of William Shatner’s “It Was A Very Good Year” and a fan folk song titled “What Do You Do With A Drunken Vulcan?”

In Vidding: A History, fandom researcher Francesca Coppa writes, “[Fong] organizes the images rhythmically and uses song to tell two stories: the first, sentimental, about Kirk, and the second, comic, about Spock.”

The ‘80s and ‘90s produced fan-made vids on VHS. Fans would either distribute the tapes at conventions or send them to one another through the mail. “Vidding was incredibly labor intensive until the mid-90s. Fans would make vids using pieces of film from the cutting room floor,” Yvonne Gonzales, an undergraduate student who teaches a course on fanfiction at UC Berkeley, told Mashable. Now, making and consuming fan edits is a lot more accessible thanks to our smartphones.

I would argue that fan edits are not only the backbone of fandom but also internet culture as we know it — and they often don’t get the praise they deserve. Editors can manipulate even the most mundane clip into something romantic or devastating, enhancing the emotion with a carefully curated music choice. They are works of art, open to interpretation.

Fan edits are not only the backbone of fandom but also internet culture as we know it — and they often don’t get the praise they deserve.

Take the viral video of Timothée Chalamet at Dune‘s London premiere. In the vid, captured by 20-year-old fan Emma Ruffalo, Chalamet is waiting to be interviewed on the red carpet and catches Ruffalo’s camera not once, but twice and smirks! In the original clip, you can hear all the screaming and commotion from the red carpet, but when Ruffalo posted the video to TikTok, she paired it with an audio mash-up of Adele’s “Rumour Has It” and Nelly Furtado’s “Maneater.” The needle drop is timed perfectly with Chalamet’s seductive eye contact, elevating it to one of the sexiest videos of all time.

Ruffalo’s editing skills were rewarded with over 80 million views and nearly 20 million likes on the app.

In an article published in media studies journal Camera Obscura, titled “An Editing Room of One’s Own: Vidding as Women’s Work,” Coppa writes, “A vidder learns to watch television and movies fetishistically, for parts; to look for patterns against the flow of narrative structure; to slice desired images out of a larger whole.” Coppa argues that editors are able to impose their own interpretations of a celebrity or story to dictate exactly how she sees a piece of media in a short video, which is a subversive art form when most media is made by straight white men.

A modern example of this are the edits of Tom and Greg from HBO’s Succession. Editors isolate their scenes together and re-contextualize them using romantic music, sped-up moments, and sparkly filters to change their narrative, successfully convincing viewers that they are in love.

Mia Rutledge, a 20-year-old student in Tennessee, runs a popular edit account on TikTok dedicated to the K-pop group Stray Kids. She uses Adobe After Effects to produce dramatic edits of the members dancing on stage with flashy transitions and slowed-down footage to emphasize their body rolls and mesmerizing expressions. “It’s a way to express my creativity,” she tells Mashable, detailing how she can spend up to three days on a single 15-second edit. “It’s almost like a stress reliever. I find it rewarding to spend all this time on an edit and to have it be done and be like ‘Wow, I am proud of this.’” 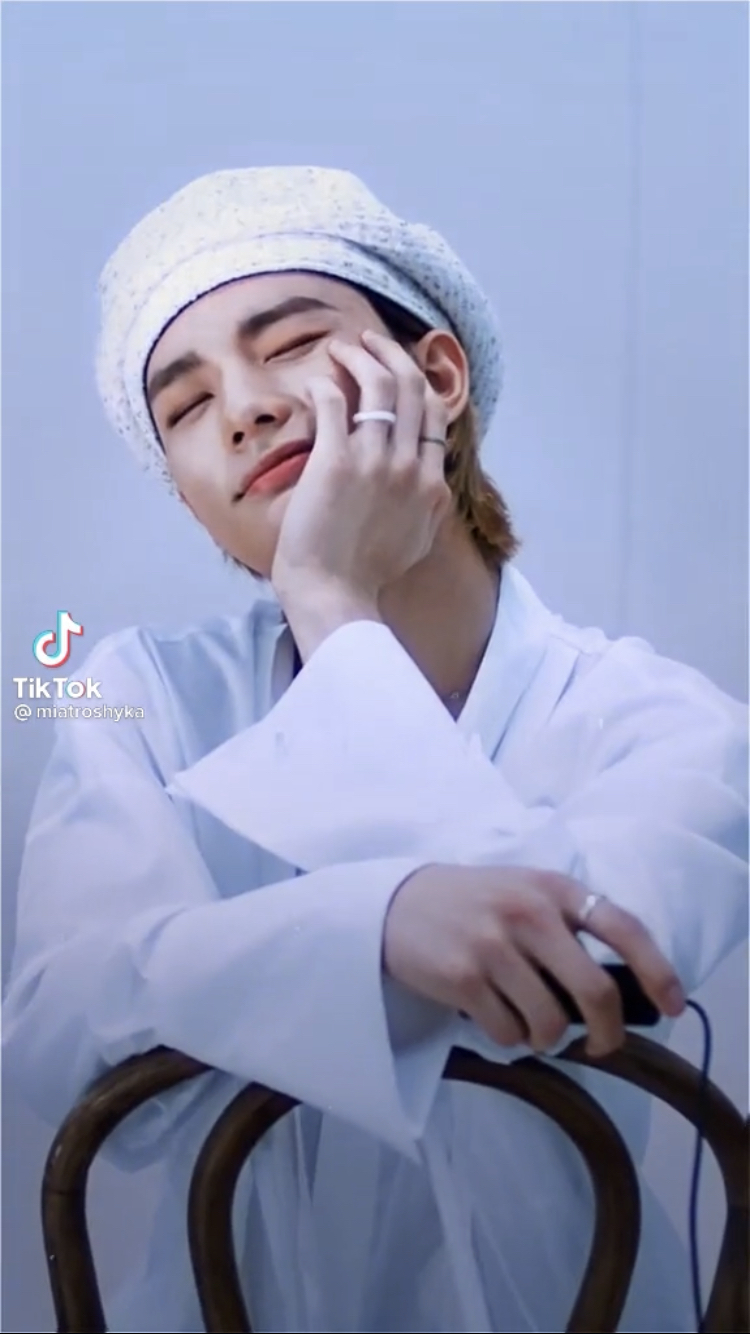 One of Rutledge’s many masterpieces.
Credit: TikTok / miatroshyka

Delia, a 25-year-old teacher from Spain who used to make Jarvis Cocker edits on Tumblr, edited low-quality videos originally captured on VHS to appear sharper and more modern. “What fascinated me the most was changing the colors so that it looked completely different,” she tells Mashable. Editors like Delia make older footage more accessible, bringing new fans into the fold and keeping their fandom alive.

It’s a way to express my creativity. It’s almost like a stress reliever.

On TikTok, my For You Page is filled with all kinds of edits that feel perfectly matched to me and my fandom: niche clips of Harry Styles set to Taylor Swift songs like “Untouchable” and “Gold Rush.” When you’re flooded with dazzling edits, it’s easy to take those videos for granted and forget the free labor that these creators, who are often young women, put in.

Jen, the 19-year-old behind the popular Harry Styles TikTok account @barcelonahair, uses CapCut, a free video editing app, to make her edits. “I tried using other software, but it was too time consuming to try to figure them out,” she says. “I watched a lot of tutorials to figure out all the effects on CapCut.” All that time learning a new program and honing her skills, she adds, is worth it.

“I like making edits,” Jen tells Mashable, “because my followers enjoy watching them, which makes me happy.” 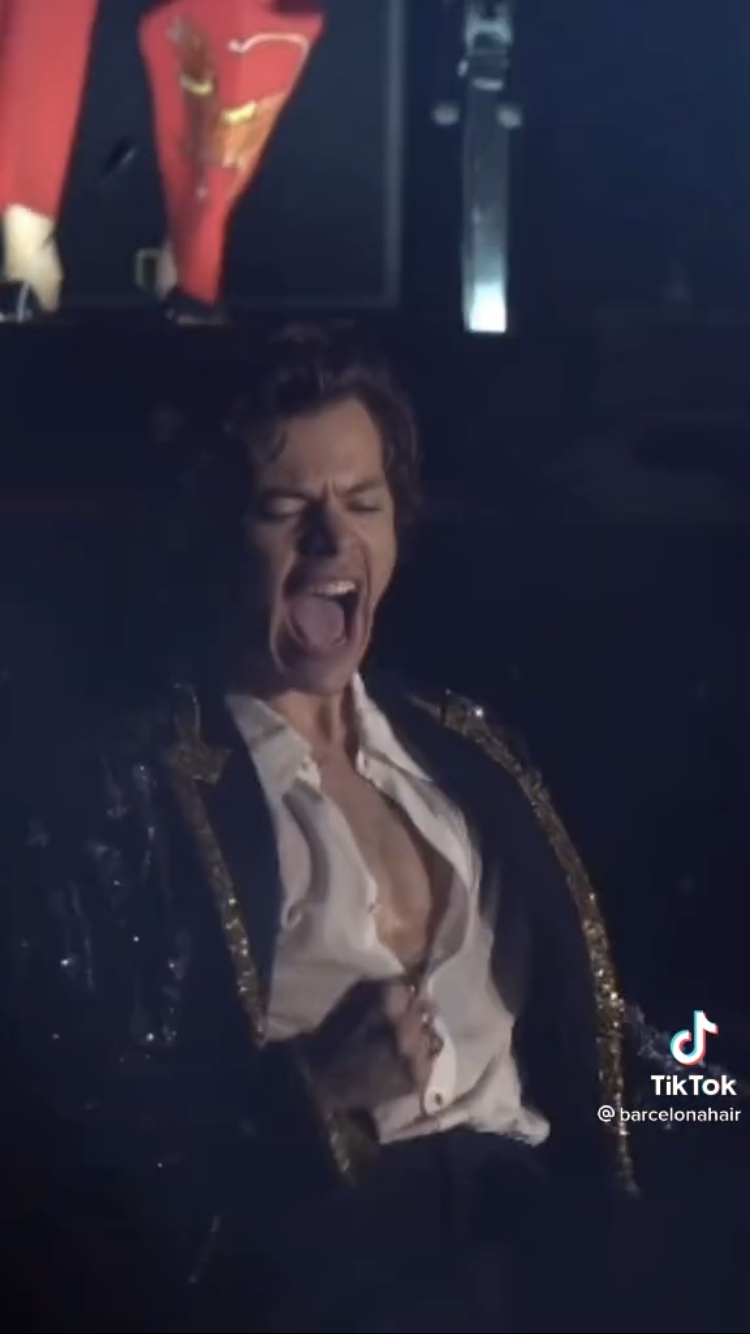 On social media apps, editing is a more anonymous way to participate in fandom. Both Rutledge and @barcelonahair appreciate that level of anonymity. Rutledge’s fan account began as a way for her to communicate directly with other fans on TikTok, but she transitioned to vidding when it got overwhelming. “Showing yourself opens the door for people to make a lot of assumptions about you and to try to dig into your life. I’m actually a pretty private person, so over time, that just started making me uncomfortable,” says Rutledge. “Now that I’m more anonymous, I have less anxiety.”

“There’s something special about being able to express yourself and your love of whatever you edit without having to show your face and without people knowing who you are,” @barcelonahair tells Mashable.

Edits also keep fans engaged when the subject of their devotion isn’t producing much content. You can edit the same footage multiple ways to create different moods and narratives. Ultimately, these edits create a mythology. “Videos that are of a K-pop star being cute for 18 minutes, or whatever will shape fan perception and influence how people write that person in fanfiction,” explained Gonzales.

In a popular trend, TikTokkers display the first thing they would show a Pilgrim or Victorian child if they traveled back in time. It’s silly, but users often press play on a memorable fan edit, illustrating how impactful and essential vids are to our online experience.

Edits are a love language. A fan conveys their unique love for a celebrity or character through their edit, and I receive it, sharing it with friends who I know will appreciate it and continue to spread its joy.

Mon Mar 7 , 2022
Every month, tons of new movies and TV shows become available to stream for free for U.S. subscribers to Netflix, HBO Max, Prime Video, and Hulu. With so many different streaming services, it can be hard to keep track of them all—especially if you belong to more than one. Below, […] 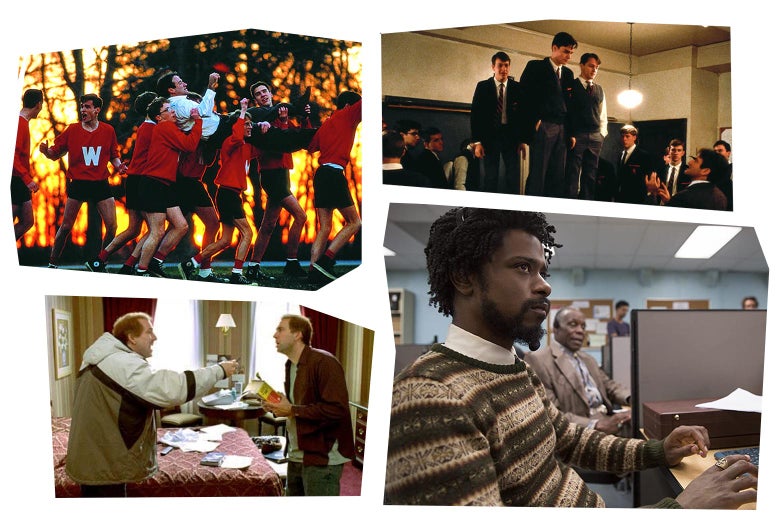