He tossed the wreath around Billy Beard’s neck while Beard — the former member of Face to Face and drummer for Patty Griffin and Lori McKenna, among others — was performing mid-song.

Ruane, the most enthusiastic music fan Boston has ever produced, passed on to the great rock club in the sky more than a decade ago. But Susan Kaup, who was there that night, wants to keep some of his spirit alive in the virtual world.

That’s where she recently launched Oh, Hello Boston, an Internet radio station that streams six decades of music from in and around Boston, 24 hours a day. “Sooz,” as she’s universally known, believes Boston deserves a full-time station dedicated to its perpetually fertile music scene. During the pandemic, she launched it.

Get The Big To-Do

Your guide to staying entertained, from live shows and outdoor fun to the newest in museums, movies, TV, books, dining, and more.

At any given moment, a listener might hear Salem Wolves, the Chelsea Curve, or Waltham, not to mention hundreds of other homegrown bands without local towns in their names. Twice each day the station programs an hour of its signature feature, the “Decade Stroll” — “time-traveling” blocks of music that celebrate one song apiece from each decade beginning with the ‘70s (the J. Geils Band, say) through the ‘80s (maybe the Cavedogs or the Neighborhoods), ‘90s (Juliana Hatfield), and so on.

“Every city has a scene,” Kaup says. “But Boston is special.”

She found this out immediately upon her arrival in the city. It was the mid-1990s, and she was about to enter her senior year of college in her home state of Nebraska.

On the Internet, then still in its infancy, she became acquainted with a few like-minded students in the Boston area. One of them was about to spend a semester studying abroad.

“I sublet her room in Porter Square, sight unseen,” Kaup recalls. “I was supposed to go back to Nebraska, but I didn’t.”

She quickly discovered some favorite Boston bands at the time — Splashdown, Talking to Animals, Expanding Man. She’s still devoted to Mistle Thrush, who reunited in 2011 for a mini-festival Kaup threw at the Middle East, which she dubbed “Soozapalooza.”

A few years prior to that, Kaup was blogging, and experimenting for the first time with Internet broadcasting. First she called it Sooz Radio, then Exploit Boston.

But when Congress approved a significant rate hike for royalties on Internet broadcasts, the business was no longer viable.

“At the time it was truly a hobby,” Kaup says. “I was tinkering.”

When the pandemic came knocking, Kaup was working for a digital marketing agency in Davis Square. The staff stayed out of the office one day to “practice” working from home, she says, “and we never went back.”

A quick search revealed that the network on which she’d streamed her former stations still existed. In fact, the original Live365 went bankrupt after the rate hike. The company relaunched in 2017.

Making monthly subscription payments, Kaup runs the station (at www.ohhelloboston.com) out of her Arlington apartment. The station is commercial-free. She is looking for “sponsorships that make sense, hyperlocal.”

She uploads each song herself, with curation help from Michelle DiPaola (a.k.a. Lexi Kahn). Kaup says at this point the station draws on more than 100 hours of music, with more added each week.

“I’m sure there’s a bazillion more we can add,” she says. “I will never be caught up.” Not that she’s complaining.

Talking to Animals finished second in the Rock ‘n’ Roll Rumble in 1990. They signed with Columbia Records but soon fell through the cracks. The group released their sole album in 1997, then disbanded.

Singer Juliana Nash returned to her native New York and opened a bar in Brooklyn. Today she lives in the Woodstock area, where she’s putting the finishing touches on a new album, “Pennies in Time,” based on unreleased songs she wrote with her old band. Dumptruck’s Kevin Salem produced.

“The scene in Boston was so supportive in those days,” Nash says. She’s tickled that someone born after her band broke up might happen upon them on Oh, Hello Boston and become a new fan.

“People like Sooz, their support is all we have left these days.”

While there’s no live DJ during regular programming, the station runs a steady stream of station I.D.s voiced by current Boston musicians. Monday nights feature a two-hour “New Music Alert.” On Wednesdays local musician Rider McCoy hosts a roots reggae show, and the station devotes a couple of hours each weekend to the hosts of “On the Town With Mikey Dee,” the long-running program from Tufts University’s WMFO that carries on the legacy of another departed Boston music-scene figure.

At present, Oh, Hello Boston is pop- and rock-heavy.

“My world is rock ‘n’ roll,” Kaup says. But she’s open to expanding to include other styles of music, perhaps with more specialty programming.

There’s plenty of room to maneuver. For now, she feels confident that local music fans of all ages will find something well worth a hello.

“If you give it a chance for five or 10 minutes,” Kaup says, “you’ll hear something you’ve never heard, but is likely awesome.”

Wed May 4 , 2022
MUSKEGON COUNTY, MI – A former Art Van Furniture store in Norton Shores is expected to be converted to a hardware and construction equipment rental business. Equipment Share recently was granted a special use permit from the Norton Shores City Council after an earlier proposal didn’t pass muster. The national […] 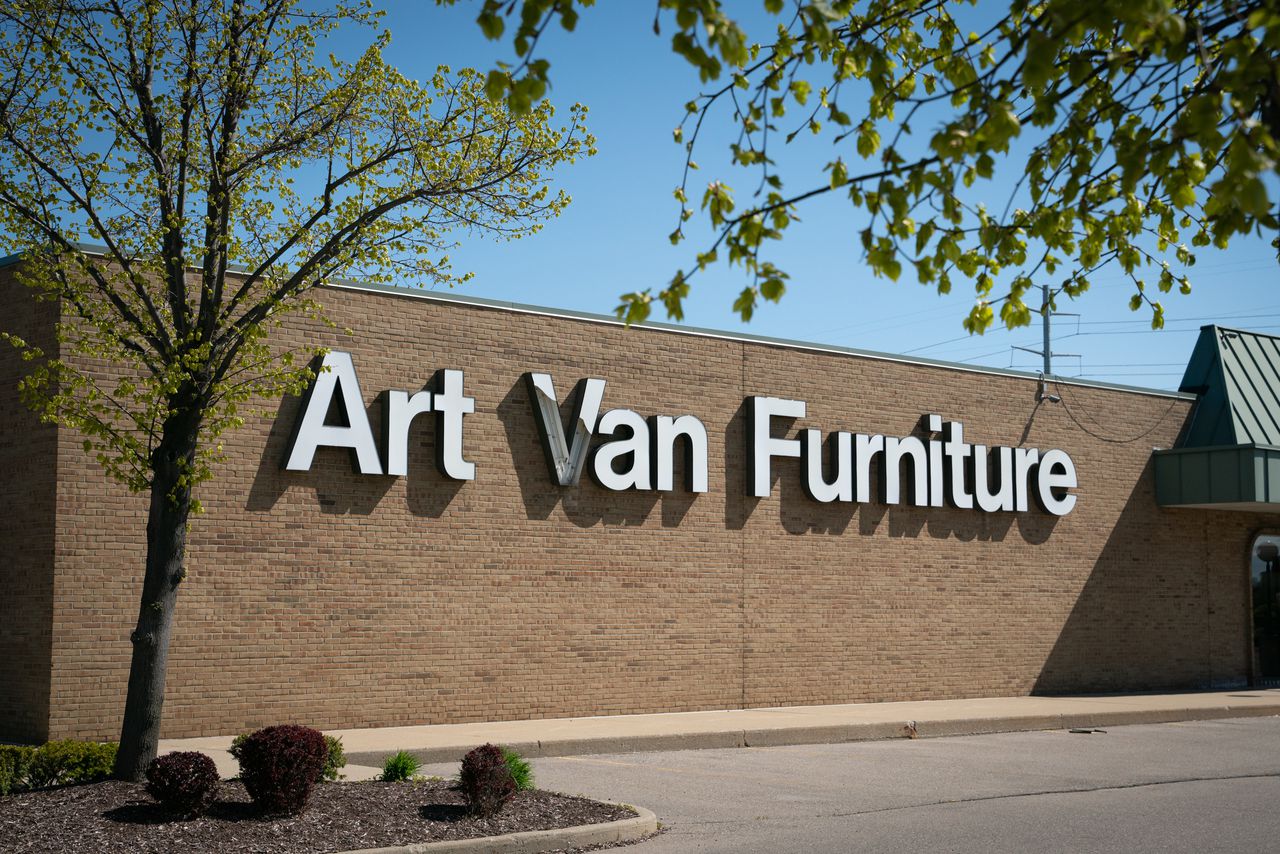