In a call from his car on Sunday, a photographer from Moscow explained why he was driving to Tbilisi, Georgia, having left his apartment and essentially his whole life behind.

For one, he has no work. No one he knows is shooting fashion look books or organizing the parties he usually photographs. The Western publications he worked for have all withdrawn from Russia, wary of a new law that makes the spread of “false information” about the war in Ukraine punishable by up to 15 years in jail.

It was this law and the harsh crackdowns on antiwar protesters in recent weeks that made him realize he had to leave, he said.

“There was always a line that we all could feel — what you definitely cannot do and what you can do,” said Alexander, 39, who did not want to give his last name because of safety concerns. “That line is gone. Anything can happen.”

Since Russia invaded Ukraine, shocking much of the world, Russians working in creative spheres have found themselves squeezed from within and without. The Kremlin’s intensifying crackdown on free speech has prompted some to flee the country to avoid being silenced or arrested. And the decision of Western companies to stop doing business in Russia — including website hosting services, software makers and financial services firms — has deprived many of the modern tools of their trades.

With Visa, Mastercard, PayPal, Wise and other financial services companies withdrawing from the Russian market, Russians have been unable to pay for any subscriptions outside of Russia — for example, for website hosting, Spotify, Netflix, newspapers and magazines — or to receive money through sites like Patreon or from employers in Europe or the United States.

Adobe, which makes software that creative workers around the world rely on, has stopped sales in Russia, as have Canon, Nikon and Microsoft, among others. And Sony, Warner Music and Universal, the three biggest music conglomerates, announced last week that they were suspending operations in Russia.

Workers in the creative sphere felt the impact of the withdrawals within days. On Monday morning, Moish Soloway, 44, who owns a record label for Russian artists that works with a Sony-owned distributor, attempted to upload one of his artists’ new albums to a platform that would allow the songs to be played on Spotify, iTunes, Apple Music and beyond.

The system’s response: “NOT cleared for sale.”

AloeVera, a band that recently joined Mr. Soloway’s label, has been quietly banned from playing in many venues, festivals and concerts in Russia for more than a year. Vera Musaelian, 34, the lead singer, said that after she and another bandmate protested and she married an opposition politician, AloeVera joined a list of forbidden music acts that Russian security services have circulated to concert and event organizers.

To maintain a small income and a connection with fans, the band has relied on Patreon, a platform where members can subscribe to receive content from musicians, podcasters and others. Last week, Patreon sent an email to its creators in Russia saying that they needed to withdraw any funds stored with the platform immediately, because the suspension of PayPal, Visa and Mastercard services in Russia would prevent them from accessing their money in the future.

Patreon “was a way for our listeners to say they’re still with us,” Musaelian said. “Now they can’t pay for their subscriptions.” Visa and Mastercard cards issued in Russia no longer work for payments outside of the country.

Ellen Satterwhite, Patreon’s head of U.S. policy, said in a statement that the company was “doing everything we can to support creators in Ukraine and Russia within the law and international financial limitations..”

Mr. Soloway compared the developments in recent days to the artistic isolation of the Soviet Union. “The Soviet government was terrified of rock ’n’ roll,” Mr. Soloway said.

Rock and jazz and other music genres from the West were banned during the Soviet era, though an underground scene flourished. Today, it is American companies that are preventing new music from being played in Russia, including songs that could take a stand against the war in Ukraine, Mr. Soloway said.

Of course, with laws that forbid even calling the war a war, and blocks on social media platforms like Facebook and on independent media outlets, the government is stifling creative expression at its root.

How the Ukraine War Is Affecting the Cultural World

Paavo Järvi. The Estonian American conductor was in Moscow, leading rehearsals for an engagement with a Russian youth orchestra, when Russia began its attack on Ukraine. When he decided to stay there not to disappoint the players, many criticized his choice.

Anna Netrebko. The superstar Russian soprano will no longer appear at the Metropolitan Opera this season or the next after failing to comply with the company’s demand that she distance herself from President Vladimir V. Putin of Russia in the aftermath of the invasion of Ukraine.

Vladimir Potanin. The Guggenheim Museum said that the Russian businessman and close associate of Mr. Putin would step down as one of its trustees, a position he took on in 2002. While no reason was given for the decision, the museum’s statement referenced the war in Ukraine.

Alexei Ratmansky. The choreographer, who grew up in Kyiv, was preparing a new ballet at the Bolshoi Theater in Moscow when the invasion began, and immediately decided to leave Moscow. The ballet, whose premiere was set for March 30, was postponed indefinitely.

Gérard Depardieu. The French actor, who became a Russian citizen in 2013 and is one of the closest Western celebrities to Mr. Putin, took a surprising stance when he denounced the war during an interview.

For visual artists, Russia’s shutdown of Instagram on Sunday meant the loss of a global platform where they shared their portfolios, sold prints and met people who would commission their work.

“My Instagram is my business card, it’s where I build my brand, where I communicate with my audience,” said Anastasia Venkova, 30, a conceptual and performance artist who fled Moscow recently out of safety concerns. “I have a website but no one goes there. Gallerists don’t want your website anyway, they want your Instagram.”

Adam Mosseri, the head of Instagram, said on Twitter that the government’s “decision will cut 80 million in Russia off from one another, and from the rest of the world,” and that 80 percent of Instagram users in Russia follow an account from another country. “This is wrong,” he said.

Ms. Venkova said many of her followers will hopefully stick around by using a VPN, but she is worried that if the Russian government labels Meta, which owns Instagram, as an “extremist organization” — a process that has already been put in motion — even so much as having an Instagram account could put her in danger.

Anya, 39, a Moscow photographer who said she did not want to give her last name out of concern for safety, said she used to work with international brands like Estée Lauder, but she does not have any clients now, since they all pulled their business out of the country.

Canon, where she purchases her supplies, has stopped product deliveries into Russia. Photoshop, which she relies on for editing, is owned by Adobe, which also suspended sales and services in Russia. The company that hosts Anya’s website sent her an email saying it would no longer provide services to users registered in Russia because of the actions of “your authoritarian government.”

Anya said that sanctions like these would not affect the elite, who have bank accounts and lots of money abroad or hidden away. “This is hitting exactly the people who go out to protest,” she said. “The people who live in big cities, who travel, who have friends around the world, who have international jobs and don’t support the government. They’re now forced to leave the country, or to stop working.”

She added that her problems were very small compared to the violence in Ukraine. “I would give up anything for this war to stop,” she said. But, she said, “the problem with some of these sanctions is that the country will close even more. It’ll play into Putin’s propaganda. ‘Look at how the West treats us, they hit us with these sanctions.’ This strengthens him.” 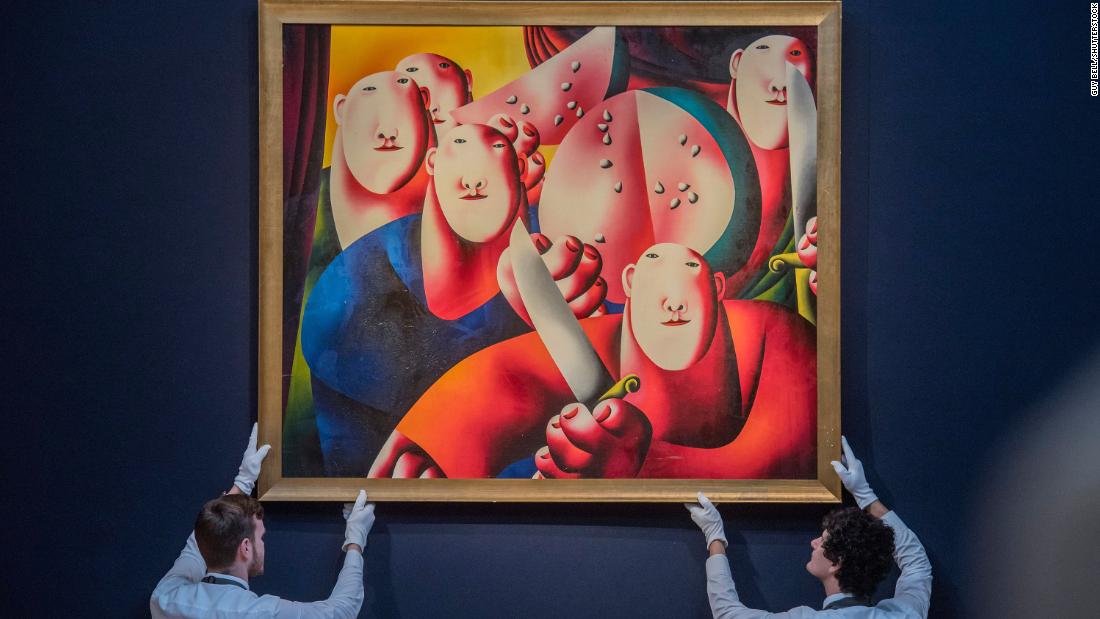