Along two walls runs a floor-to-ceiling easel system designed to drip any excess paint away from the canvas, onto the floor. Wooden shelves still hold glass Mason jars full of Roy Lichtenstein’s old paints, their colors ranging from scarlet to mustard to periwinkle. It was here that the ponytailed pop master worked on the reflections series, the interior series, sculptural interpretations of his 1960s brushstroke series and “Landscapes in Chinese Style.”

This is a studio space where Lichtenstein — by then well-established, after the height of his fame in the 1960s — practiced his art between 1988 until his death in 1997. Back then, artists and writers like Ellsworth Kelly, Julian Schnabel and Frederic Tuten would drop in to visit. On Sundays, Lichtenstein would sometimes Rollerblade around the neighborhood with the photographer Bob Adelman. Now, it will house another set of artists, the Whitney Museum’s Independent Study Program (I.S.P.), known for nurturing the next generation of artists.

The program has fostered a community for a long line of distinguished artists, curators, art historians and writers — among them, LaToya Ruby Frazier, a visual artist and photographer; Madeleine Grynsztejn, the director of Chicago’s Museum of Contemporary Art; and Naomi Beckwith, deputy director and chief curator of the Guggenheim Museum.

But it has never had a permanent home of its own — until now.

Dorothy Lichtenstein, president of the Roy Lichtenstein Foundation, and Adam Weinberg, director of the Whitney Museum, on Wednesday announced that the Lichtenstein family will donate the studio building to the museum. The aim is to relocate the program into the building in 2023, 100 years after Lichtenstein’s birth.

“I love the idea,” said Dorothy Lichtenstein, the artist’s wife, “that the studio which Roy loved so much will continue to have meaning.”

The studio building itself, a 9,000-square-foot red brick behemoth, sits at 741/745 Washington Street, across the street from Westbeth Artists’ Housing and four blocks south of the Whitney. Roy Lichtenstein bought the building — originally a metalworking shop — in 1987 and used it as his New York residence and studio from 1989 to 1997.

The building has three levels: the studio on the ground floor, a large living space on the second floor and a one-bedroom apartment on the third floor. After adaptation by the architecture firm Johnston Marklee, the first and second floors will be open to Independent Study Program students, while the third floor will host visiting artists and scholars in residence.

The studio space is white and cavernous. Once in a while, Dorothy and Roy would get up in the morning and jog around the 60-by-80-foot main space. (“For our capabilities,” Dorothy said, “it was more than adequate.”) Sun from two skylight windows soaks the varnished wood floors and four cylindrical concrete pillars support two horizontal beams spanning the length of the room.

While in Los Angeles working with the Gemini workshop, the couple found railings from an old French theater in a junkyard, which they sent back to New York. Those railings now rim the balcony of the second floor — an L-shaped space, which also includes cabinets that once belonged to the jazz clarinetist Benny Goodman’s house in Connecticut. There is a stone fireplace that the Lichtensteins owned when they moved in.

“I imagine that room is a place where people in the Independent Studies Program, artists, people who are going to be curators, historians,” said Dorothy Lichtenstein, could “get together and be cozy and meet.”

Many current and former students, Weinberg, the museum’s director pointed out — including Grynsztejn, the visual artist Félix González-Torres and the interdisciplinary artist Danielle Dean — hail from international backgrounds, and a permanent home for the program could offer a sense of stability, too. They will have a place to “eat and talk over meals, they can stay up all night,” Weinberg said.

A communal living space wouldn’t have been possible if the Whitney had moved the program into the museum itself, one of the options under consideration. The program, established in 1968, lives up to its name both because artists work independently, but also because it maintains an independence from the institution.

“It serves as a kind of conscience of the Whitney Museum,” Weinberg said. “It’s the one that always engages in speculative thinking, critical thinking, challenging status quos, taking risks. And it’s really an incubator for the arts field.”

At one point, Lichtenstein himself led seminars for the program. The close relationship between the man and the museum stretches back to 1965, when his work was included in both the 1965 Annual Exhibition and “A Decade of American Drawings, 1955-1965.” Since then, the Lichtenstein Foundation has given the Whitney more than 400 works by the soft-spoken artist, including paintings, drawings, prints, sculptures and photographs.

In 2018, the foundation and the museum partnered to create the Roy Lichtenstein Study Collection for the exhibition, conservation and study of his work. The dozens of Whitney exhibitions that have featured his pieces most recently included “Order and Ornament: Roy Lichtenstein’s Entablatures” in 2019-20.

“It was a gestation process,” Weinberg said. “I think that good collaborations come about gradually and organically. He was very much a presence, so this was a long and wonderful courtship.”

Sat Feb 26 , 2022
In March 2022, Netflix is adding a thriller drama TV series based on a novel, the German version of a beloved reality TV series, a limited docuseries about a famous painter and director, the final season of a historical fiction TV show, the spinoff series of a popular adult comedy […] 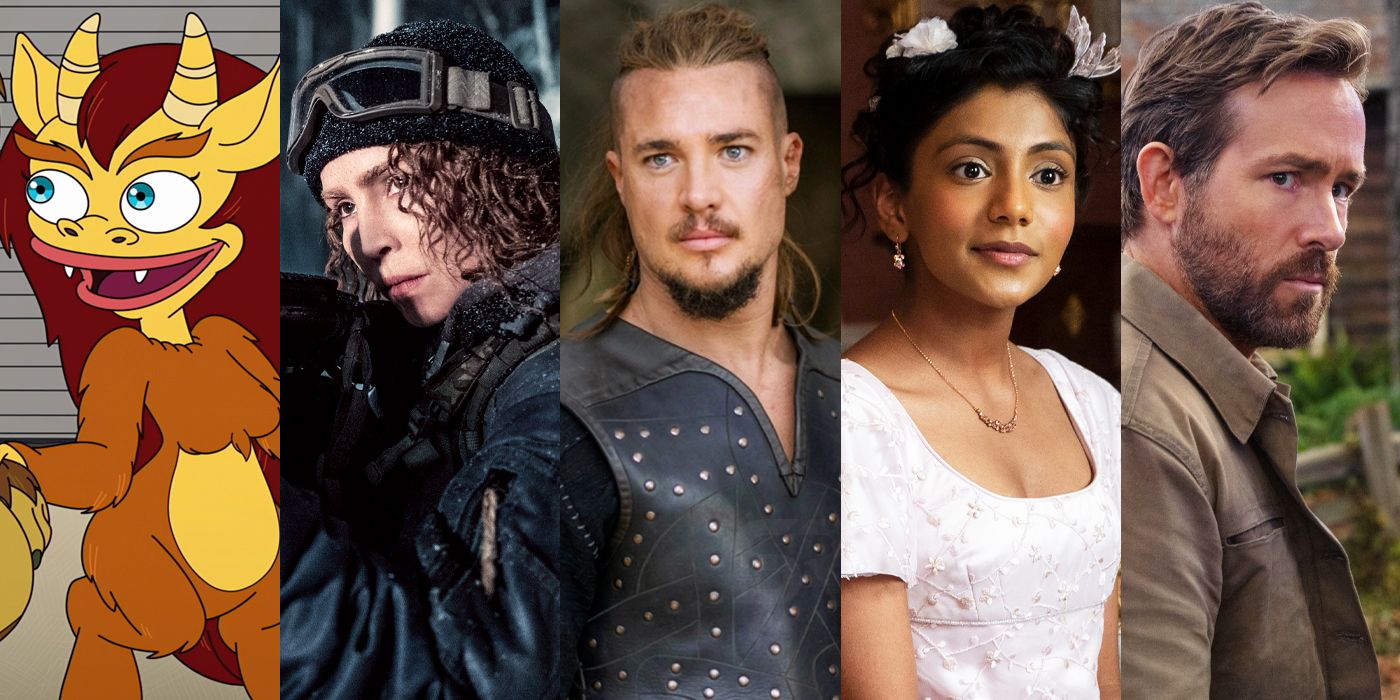