Driving past Marika’s Eclectic Boutique on South Ferry Road, Islanders know they’ll have a treat for the eye. Eclectic is the word for objects seen on the front lawn of the venerable antique store, which can feature stone panthers stalking the roadside, an elephant or two, or a collection of garden statue Buddhas, some solemn others laughing, mixed in with a few lions.

On a recent visit, a giraffe nodded from the front yard and a pool table with cues sat waiting for shooters. Inside the boutique there were more treasures, true antiques along with curiosities of every description, as the sound system crooned, “It Must have Been Moonglow.”

Marika Kaasik sat down to talk, a rare thing, since she seems forever on the go. She not only runs the boutique, but is also buying from estates and smaller households, selling antiques, and working as a real estate professional for Daniel Gale Sothebys. She’s had the boutique since the mid-1980s, and started her career in real estate around the same time.

“I was living in Houston, working as an accountant for a big firm  and, when my mother became ill, I came home,” she said. “After a while, I thought, I want to stay here, I want to be home on the Island.”

Every Islander has an origin story, of what brought them here and why they decided to put down roots. The Kaasik family has one of the better ones.

More than 50 years ago, Estonian immigrants Evi and Joannes and their six children were riding in the family’s Chevy Suburban, heading back to their home in West Islip after visiting a friend, when the axle broke on Ram Island. It turned out the repair would take a while, so the Kaasiks stayed. And most of them are still here.

The family included four daughters, Marian, Marika, Veronica and Alice, and three sons, John, Karl and Marcus. Today, every living member of the family (Alice passed away in 2016) is still here, running businesses, building houses, in our school, our library and town government.

Home from Texas, Ms. Kaasik and her sister Marian opened the boutique. “Marian was interested in fashion, and I was into antiques,” Ms. Kaasik said. They joined forces, offering sportswear along with vintage furnishings. Now, the store has everything from customized lighting to furniture, art and anything of interest that people bring to her, or she herself gathers. “A lot of the things I don’t sell,” she said. “I give them away. A lot of furniture, appliances, microwaves, bedding, everything and anything, to people who need them.”

That antique business has changed, she noted, with more people looking toward lighter, more modern furniture, rather than heavier, traditional styles. And there has also been an earthquake change in the real estate business from 40 years ago. Asked to name it, Ms. Kaasik silently held up her cell phone (which occasionally buzzed and rang during the conversation).

Before cellphones, real estate pros had to be in the office from early until late, ready for walk-ins who had seen an ad in a paper or saw the sign out front and wanted to do some exploring. “I still enjoy going to the office,” Ms. Kaasik said about the Heights location. “We have a great group. But now it’s mostly the cellphone.”

The internet and cellphones were life savers for her business during the pandemic, when she could show potential customers properties via Zoom and videos. She called the pandemic time “the surge,” with people who had summer rentals on the East End now eager to buy to escape COVID, which was raging in big cities, as well as newcomers looking for less crowded places.

It was beyond busy and a successful couple of years — Ms. Kaasik was the top producer at the Daniel Gale/ Sotheby’s office on Shelter Island for 2021. But a downside, the lack of inventory, has appeared. “People have bought everything,” she said.

And it wasn’t just folks seeking to make a home, but investors saw who the potential of East End real estate and became players in the market. She spoke of someone who has bought 30 properties on the East End over the last few years.

Another rarely seen part of the business since the pandemic struck is people paying “all cash. Some people pulled their money out of the stock market and put it all into real estate.”

Staging is key to selling, Ms. Kaasik said, and her sense of design is an ace she regularly plays to make houses more than presentable to potential buyers.

“You have to create a clean, slimmed-down look, go in and thin the herd [of furniture],” she said. “Less really is more. And if it needs painting, you better paint. I’ll see a place with several shades of lime green, and think: No. Oh, no. Paint it white.”

The rewards of her profession are what many in the business say — working with and counseling people on enormous decisions to sell their houses, and even better, guiding individuals and families into a place that will be home.

Ms. Kaasik said there’s an art to being successful, beyond crunching numbers and presenting available properties. “You have to have an instinct, which can give you a real understanding of what people want,” she said. “After speaking with you — and not just about real estate — I’ll know who you are and I’ll show you the house you want.”

The phone buzzed, she rolled her eyes, but happily, looking at the screen.

This is one in a continuing series of Reporter profiles of Island real estate professionals.

Real estate as an art, not just a business: Marika Kaasik and the rewards of the profession

Joel Grey, on Making a Space for Art and Dreams

Fri Apr 15 , 2022
Rain threatened on a recent Tuesday morning, and there was a chill in the air. But inside Joel Grey’s loft in Manhattan’s West Village, it was spring. Yellow roses — some doing a solo act, some in a clump — pink and yellow tulips, and pink and purple hyacinths sat […] 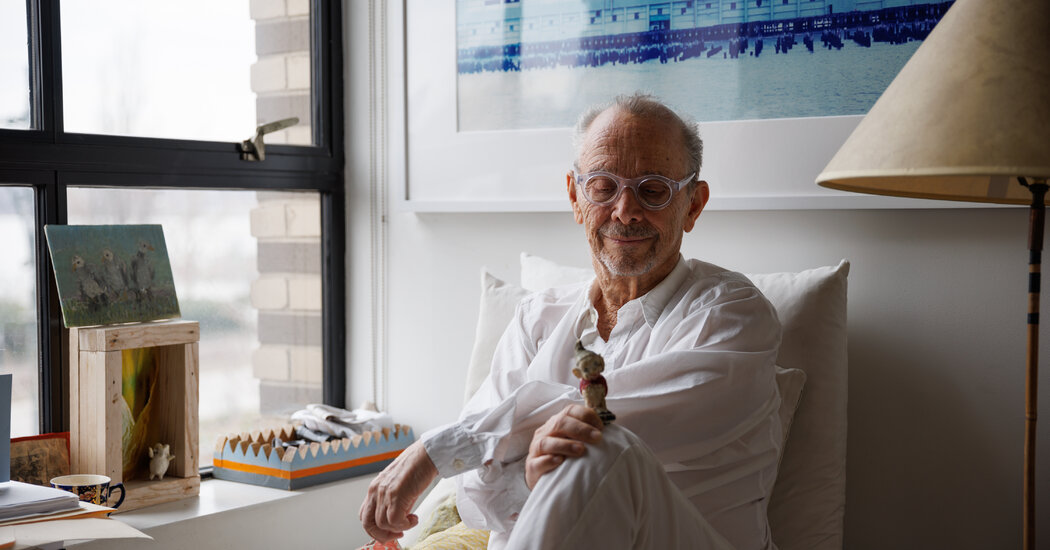