Providence Equity is trying to sell its Tempo song catalogue for a price of as much as $600mn — a key test for the strength of the music market as interest rates rise.

The deal would be the first major private equity exit from the red hot music copyrights market as inflation soars and the war in Ukraine continues.

Providence has received bids from Apollo’s HarbourView music fund and Pimco and Warner Music, while Universal Music has looked at the asset, according to people familiar with the matter. The process is expected to carry on for several weeks, these people said.

Providence, a private equity company which manages about $50bn in assets, launched the Tempo fund in 2019. Tempo has focused on contemporary music, having acquired songs by Wiz Khalifa and Florida Georgia Line.

A few investors said that $600mn was too high a price for Tempo’s catalogue, and considered its value to be closer to $400mn to $450mn. A $600mn price would give Tempo a multiple of about 20 times annual income.

Tempo, Apollo’s HarbourView, Warner and Universal declined to comment. Pimco did not respond to a request for comment.

With interest rates at historic lows in recent years, private equity groups and large institutional investors piled into the music copyrights market. Prices for songs have soared while rock stars such as Bruce Springsteen and Bob Dylan have sold their songbooks for hundreds of millions of dollars.

But while earning a 7 or 8 per cent return on music was attractive when interest rates were near zero, some “tourist” investors may begin parking their money elsewhere as the Fed raises interest rates, according to some in the industry.

“When Tempo and Providence went in, interest rates were historically low, so all of their calculations around returns were based upon those rates,” said Mark Mulligan, analyst at Midia Research. “We may well be going into a recessionary cycle . . . there’s no doubt that something entertainment-related is at the very least going to be more vulnerable during an economic downturn.”

Blackstone, KKR and Apollo last year committed more than $3bn to buying song copyrights as music became attractive in an era of ultra-low interest rates, and as Spotify resurrected industry revenues. Prices for music catalogues have soared to multiples of 20 times their historic earnings, double the 10 times multiple they previously traded at. At elevated prices, yields fell to 5 per cent or lower for the most coveted songbooks.

Some executives in the industry cautioned that the frenzy had become excessive. “When you . . . pay north of a certain multiple, you’re beginning to move into the world of finance that lacks a certain amount of discipline,” Steve Cooper, chief executive of Warner Music, told the Financial Times last year.

A longtime music executive said: “When interest rates are low, people break out the laughing gas and it gets weird, and that’s always been a fact in the music business.”

But executives in the industry still emphasised that there are many buyers who aim to be long-term investors, with new investors entering.

Unlike in previous eras when private equity groups sought 20 per cent returns on music assets, some of these companies now manage large credit investing businesses and are buying songs as an alternative to corporate bonds. Apollo, for example, has been buying songs through its credit arm. Songs became a way for Wall Street to diversify, because they generate consistent cash flows and are relatively uncorrelated to the global economy.

“Has the market peaked? That may or may not be true,” said Mulligan. “The sector has been in flow for a good seven or eight years now. So it’s very natural as the majority of investors are looking at five-year cycles, that we are going to start seeing the first generation of investors starting to exit.”

Tempo’s auction comes as another music sale has been met with less enthusiasm than expected. Concord, a large indie music group, recently put itself up for sale and was seeking bids of up to $6bn, but was met by offers in the $4.5bn to $5bn range, Bloomberg reported.

Inside the Met, a Capsule Collection Inspired by Islamic Art

Tue May 10 , 2022
Welcome to the T List, a newsletter from the editors of T Magazine. Each week, we share things we’re eating, wearing, listening to or coveting now. Sign up here to find us in your inbox every Wednesday. And you can always reach us at [email protected] step by step The Floral […] 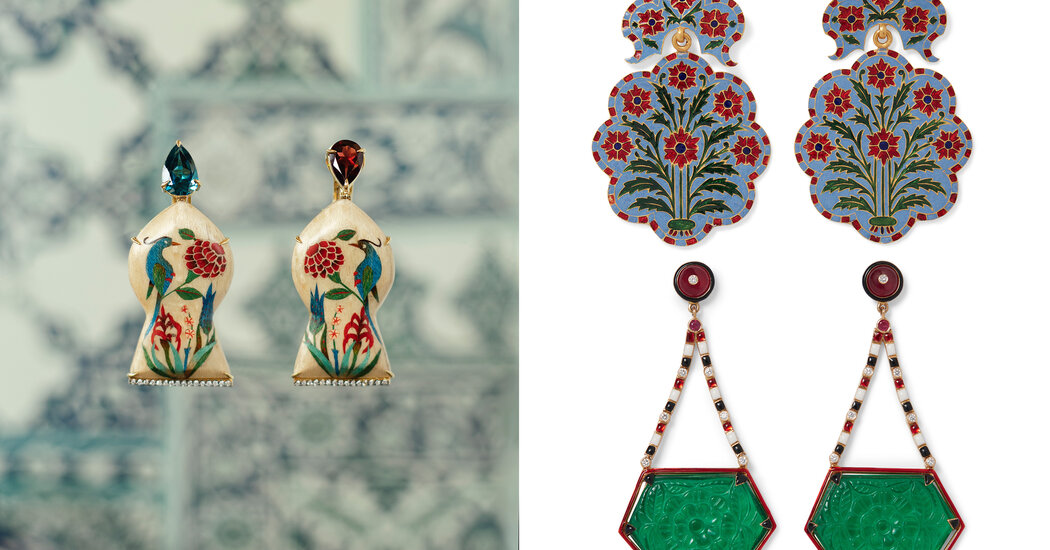