Cecilia Beaux painted “Dorothea and Francesca,” which is at the Art Institute of Chicago, in 1898. Almost seven feet high, it’s a beautiful study in pink and white, which Beaux sets against a dark background and the two girls’ auburn hair.

When you get up close, you notice how much blue there is in the picture. The color sharply marks the deeper folds in the dresses and emphasizes some of the contours. But it also softly suffuses large areas of the pink and white fabric.

The tall girl’s frizz of loosened, wavy hair, falling in front of her concentrating, downcast face, is rendered with special virtuosity. To obtain the effect of “frizz,” Beaux has used a very thin, washy undercoat that leaves parts of the weave of the canvas exposed. This blushes mauve as it moves in front of her pink cheeks (where a dash of blue accentuates the inner corner of her eye). Beaux has brushed a few darker strokes over this thin layer to convey the weight of her bundled hair as it sweeps back across her head.

It’s all done with such aplomb, you don’t know whether to gasp or sigh as you submit to the effect.

You may not have heard of her, but Beaux had an illustrious career. In 1903, she painted first lady Edith Roosevelt and her daughter Ethel at the White House. She painted the French leader Georges Clemenceau in France in 1919, the year the Treaty of Versailles was settled. She was described in 1933, while receiving a gold medal from Eleanor Roosevelt, as “the American woman who has made the greatest contribution to the culture of the world.”

Born in Philadelphia in 1855, she was just 12 days old when her mother died. Her father, who was French, panicked, returning to France, leaving Cecilia and her sister Aimée in the care of their maternal grandparents.

The subjects of the Chicago painting are the two daughters of Beaux’s friends, Helena de Kay and Richard Watson Gilder, a couple well-known in New York’s cultural circles at the turn of the century. But this is not really a double portrait (we don’t see enough of their faces for that). Rather, it’s a large-scale study of two people in motion. They’re trying to master dance steps, but perhaps also, by poetic inference, the transition from girlhood to womanhood. One — the older girl — is guiding the other. There’s an intimacy in their rhyming movements that suggests a special form of sisterly harmony. Given the circumstances of her own early childhood, when she and her sister were effectively orphaned, this may have felt personal for Beaux.

Like the work of John Singer Sargent, James McNeill Whistler and Sweden’s Anders Zorn, Beaux’s painting reminds us how much advanced painting at the end of the 19th century owed to the 17th century painters Diego Velázquez, in Spain, and Frans Hals, in the Netherlands. Both Velázquez and Hals combined tonalism (a way of painting that focuses on gradations of light and dark) with loose brushwork that tried to approximate, or activate, the way we naturally see.

Thu May 26 , 2022
The translation of a script from page to screen is one of the most magical parts of the process of making a film or a TV show. When the right actor meets the right script, sparks can fly. The room for interpretation left by the written word can lead to […] 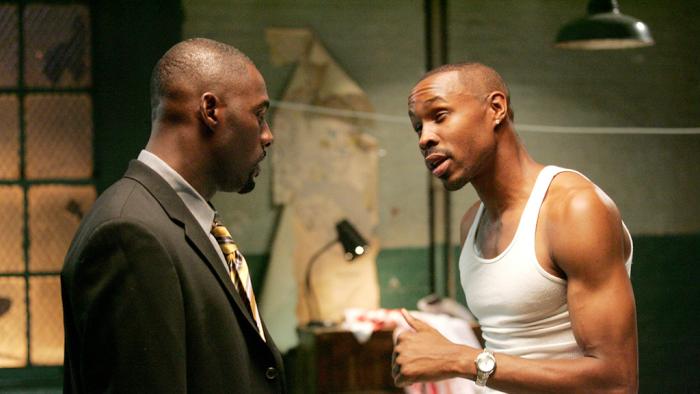