Art Industry News is a daily digest of the most consequential developments coming out of the art world and art market. Here’s what you need to know this Friday, March 25.

Schnabel Survey in Spain Delayed Due to Truckers’ Strike – An exhibition of 23 paintings by Julian Schnabel at the Centro de Arte Comporaneo in Málaga, which was scheduled to open today, has been postponed because the museum has yet to receive the majority of the works due to an ongoing truckers’ strike. The union began striking on March 14 amid rising fuel prices in the country. (ARTnews)

Tommy Kha’s Elvis Portrait Reinstalled at Airport – The Memphis International Airport has reinstalled a self-portrait of artist Tommy Kha as Elvis after airport officials removed it earlier this week, prompting allegations of censorship. Authorities said they had received “a lot of negative feedback from Elvis fans”—but proceeded to hear from many people unhappy about the removal as well. “We apologize to Tommy for the effect that this ordeal has had on him,” the airport’s president said. (Hyperallergic)

Anna Delvey Is Planning Her Art Career From Behind Bars – The group show “Free Anna Delvey” opened last Thursday with a crowd of 150 and a rock-band performance. The star of the show, Anna Sorokin (her real name), called her curator and collaborator from ICE detention and chatted with attendees on speakerphone. She’s planning a solo show next. “It’s ironic,” Sorokin said, “how after having failed so publicly while trying to build A.D.F. [the Anna Delvey Foundation] a couple of years ago, people are way more interested in hearing my voice now than they were back in 2017.” (New York Times)

Politics Take Center Stage in Ai Weiwei’s Opera Debut – The Chinese artist-activist is trying his hand at Italian opera. After a two-year pandemic delay, Ai finally staged his own version of Puccini’s Turandot at the Teatro dell’Opera di Roma. The production included footage referencing his documentary films on Hong Kong protests, the Wuhan lockdown, and the plight of refugees. (Financial Times)

Pilar Corrias Now Represents Manuel Mathieu – The London gallery will debut a new body of work by the Montreal-based artist on April 28. Born in 1986 and raised in Haiti, Mathieu explores his cultural roots and migration experience through works in a range of media. (Press release)

Christie’s Poaches Old Master Specialist From Sotheby’s – Andrew Fletcher, a nearly 20-year veteran of Sotheby’s Old Masters department, is heading over to Christie’s, where he will serve as global head of the division. He will be based in London. (ARTnews)

Baltimore Museum of Art Names Interim Directors – Christine Dietze, the BMA’s COO, and Asma Naeem, its chief curator, will serve as interim co-directors following the departure of Christopher Bedford on June 3, 2022. Bedford is heading to the West Coast to become the director of the San Francisco Museum of Modern Art. (Press release)

Janelle Zara Wins A&E Journalism Award – Artnet News contributor Janelle Zara won a 2022 national arts and entertainment journalism award from the L.A. Press Club for an article published in Artnet News: “Britney Spears, Allegory of the 20th Century? How the Misunderstood Pop Star Has Inspired Visual Artists as an Avatar of the Early Aughts.” The judges praised the piece for “smart insights into how a pop culture icon influences art [that] connects on a deeper, more human level than mere observation.” (Press release)

Monumental Light Installation Comes to Historic Spanish Monastery – Madrid-based architects Manuel Bouzas and Santiago del Aguila have created a monumental light installation, Lucerna, at the Puríssima Concepció Monastery in Tortosa, Spain. A feast for the eyes, the piece appears as if it is embedded into the building’s main patio. (Designboom, Instagram)

Art Industry News: Not Yet Deported, Anna Delvey Is Plotting Her Art Career’s Next Chapter From Behind Bars + Other Stories

Music instructor in Wallingford accused of sexually assaulting a student

Mon Apr 4 , 2022
WALLINGFORD, CT (WFSB) – A music instructor in Wallingford was charged with sexually assaulting one of his students. Adam Rossino Romo, 36, of Meriden, was arrested on March 17 after a complaint of a sexual assault of a minor, police said. Wallingford police called him an ex-director of the Mariachi […] 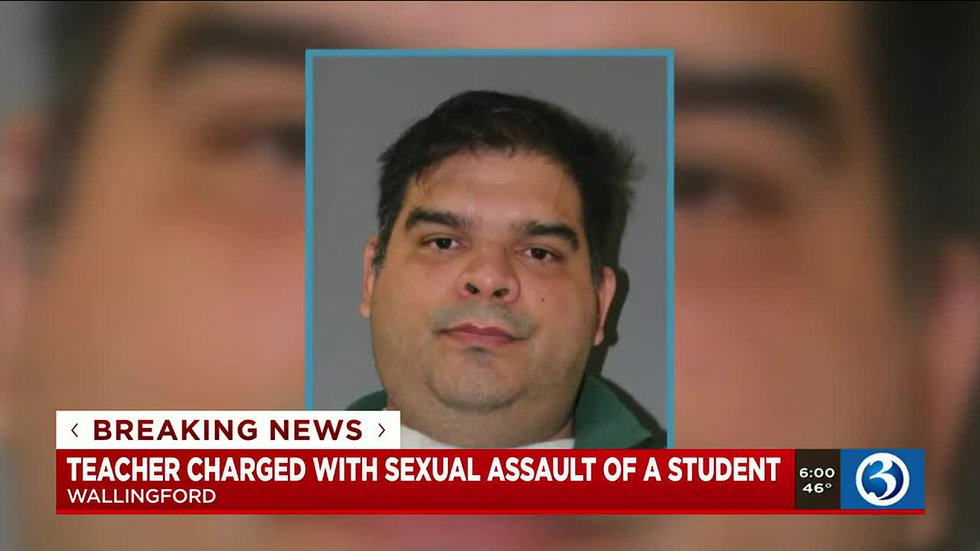