The following contains spoilers from The Sandman Universe: Nightmare Country #1, on sale now from DC Comics.

The art of comic books generally has some bearing upon the story, as visual media generally rely upon visuals to convey parts of the narrative. Some comics, however, use art styles to dictate and denote elements of import to the particular story. One comic that uses such a mechanism is The Sandman Universe: Nightmare Country (by James Tynion IV, Lisandro Estherren, Yanick Paquette, Patricio Delpeche and Nathan Fairbairn).

Nightmare Country sets up a story of competing realities, as is often the case with Sandman properties, but this one in particular deals with the entities who often serve as threats to both the awake and the dreaming. This blurred line between realities is evidenced in the way that the art is either clear or blurred, stylized or realistic, as the situation demands.

Reality Is Hardly Realistic in The Sandman Universe: Nightmare Country

The Sandman Universe: Nightmare Country #1 features the distinct art styles of Lisandro Estherren and Yanick Paquette. Paquette, having worked on everything from Wonder Woman to Batman, is well-established as a creator of realism. Estherren, however, uses stylized strokes to convey motion (occasionally grotesquely) and shading. The two art styles are, frankly, only united in a general agreement on color and in the fact that they both appear in the same book.

As is often the case in the Sandman universe, the true reality is that within dreams, and Nightmare Country is no exception. To convey that, the styles are atypically used. Paquette’s more realistic style adorns the pages that take place in the land of dreams, with The Corinthian being represented and colored realistically in the realm. In Estherren’s reality, though, The Corinthian only looks as similar as a general description; his appearance, lines, and realism are completely different.

The Dreams of The Sandman Universe: Nightmare Country are Horrific

This brilliant exchange of styles has two primary effects. For one, it allows for the reader to be sucked into the dreamlike state of the world. Nightmare Country features sleep deprivation and people just going on about their days as best they can while being tired, and the strangeness of reality reflects this. Even as characters have trouble telling the difference between dreams and reality, the art reflects that even the reader cannot be entirely sure as to where they are.

There are, however, moments in which Paquette’s art make it all too clear which reality readers are seeing, as the styles also have the effect of making moments of horror feel more real than grotesque and thereby even more disturbing. In one sequence, a child’s eyes turn into teeth and eat his fingers, while in another, images of people being tortured are very real and disturbing. The styles make reality very much a caricature of the dream, and they make both carry their own levels of horror-inspired imagery.

This is the true strength of The Sandman Universe: Nightmare Country. In using its realism sparingly, it conducts an orchestra of visual horror. At the end of the first issue, a person is murdered in cold blood. Although this is shown in excruciating detail, it is not nearly as frightening as the brief moment of realism that contains some of the most horrifying elements of the text. From its upcoming adaptation to its crossover with Locke & Key, the Sandman universe continues to explore horror and suspense in new and unique ways.

Benjamin Bishop is a freelance writer for CBR and a linguist. He worked in literary criticism and focuses on the intersections of linguistics and popular culture. He strongly identifies with Pokémon, the Muppets, and any book he manages to get his hands on.

Wed Apr 20 , 2022
This weekend, Netflix is adding a documentary series narrated by Barack Obama, a British thriller miniseries based on a novel, and a horror movie This weekend, Netflix will add a documentary series, a British thriller drama miniseries, and a horror movie. The coronavirus pandemic continues, but that hasn’t stopped theaters […] 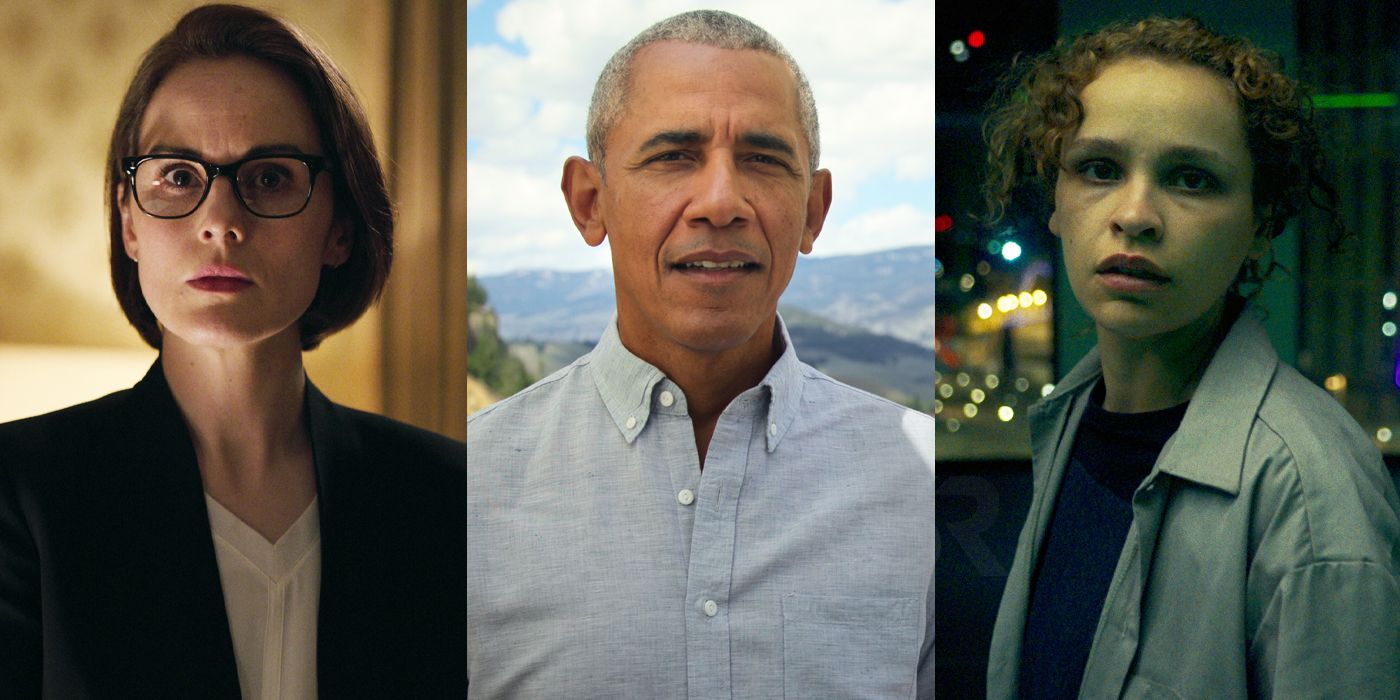