MUNCIE, Ind. — Some past favorites will join exciting newcomers to the Muncie Three Trails Music Series in the 2022 lineup.

The series’ ninth season will feature critically acclaimed national recording artists in four free concerts at Canan Commons in downtown Muncie, as well as a special “bonus” concert at Cornerstone Center for the Arts, according to a release.

All shows begin at 7 p.m. and are intended for all ages.

Americana artist James McMurtry will open the series on July 30. With eight albums, including American Music Awards’ Album of the Year winner “Childish Things,” a Grammy nomination, and having one of his songs, “We Can’t Make It Here,” named by famed music critic Robert Christgau in 2010 as “Song of the Decade,” McMurtry’s list of accolades is impressive. His latest release, “The Horses and the Hounds,” continues his tradition of writing hardscrabble songs about good people at bad extremes and the disintegration of small towns in flyover America. Muncie native Mike Martin and the Beautiful Mess will open the show.

Canadian duo The Small Glories will grace the Canan Commons stage on Aug. 13. The folk duo features Cara Luft, a founding member of the Wailin’ Jennys, along with partner JD Edwards. The group walked off with Album of the Year, Ensemble of the Year, and Vocal Group of the Year at the 2020 Canadian Folk Music Awards, along with an “Artist of the Year” accolade from the International Folk Music Awards. Opening the show will be Flatland Harmony Experiment.

Flor De Toloache, an all-female mariachi ensemble, will return to the Canan Commons stage for the third concert of the year on Aug. 27. The group, a 2021 Grammy and Latin Grammy nominee, was founded in 2008 and is lead by singers Mireya Ramos and Shae Fiol. They weave a variety of influences (salsa, bactata, cumbia, gypsy, Latin jazz, pop, hip-hop and soul) into their unique sound for an edgy, versatile and fresh take on traditional Mexican music. They perform original songs, new arrangements of classic Mariachi tunes, as well as an eclectic selection of covers that can include songs by artists such as Adele and Erykah Badu. Pavel & Direct Contact will open the show.

Three Trails’ favorite Pokey LaFarge will be featured at Canan Commons in the fourth concert, on Sept. 10. LaFarge’s appearances at the 2016 and 2017 Muncie Three Trails Music Series attracted some of the biggest crowds in its history, so organizers were anxious to have him back, the release stated. His newest album, “In the Blossom of Their Shade,” signals yet another stylistic shift for Pokey, adding influences from the Southwest, South America, and the Caribbean to his mix of hot swing, ragtime, country blues and Americana. The Ball State University Jazz Ensemble will open the show.

Finally, on Sept. 24, the Muncie Three Trails series will present a special fifth concert at Cornerstone Center for the Arts’ E.B. Ball Auditorium. This show will feature Wales- born and London-based solo acoustic guitarist Gwenifer Raymond. Her specific field of solo guitar is known as “American primitive,” which in her case means she melds Appalachian folk, Southern pre-war country blues, Indian ragas and drone-based music, along with hints of vintage gothic horror films and a good dose of Welsh folkloric strangeness. Lonesome With Company will open the show.

For information on the series and all artists, including samples of their music, got to munciethreetrails.com.

The Muncie Three Trails Music Series is a nonprofit partnership among Muncie Downtown Development Partnership, Muncie Arts and Culture Council, and Rick Zeigler, series founder and organizer. The mission of the series is to bring critically acclaimed, national recording artists to perform at Canan Commons. A second mission is to promote the many recreational, artistic, and cultural attractions located along, or in close proximity to, Canan Commons and Muncie’s popular “Three Trails”: The White River Greenway, Cardinal Greenway, and Muncie Arts and Culture Trail.

Fri Apr 22 , 2022
STATEN ISLAND, N.Y. — Keri Sheheen, 31, grew up in a well-known Staten Island bakery learning the craft of cake decorating. “Mother Mousse provided me with a unique behind-the-scenes look at how a small business is run and the sheer amount of hard work and dedication it takes to be […] 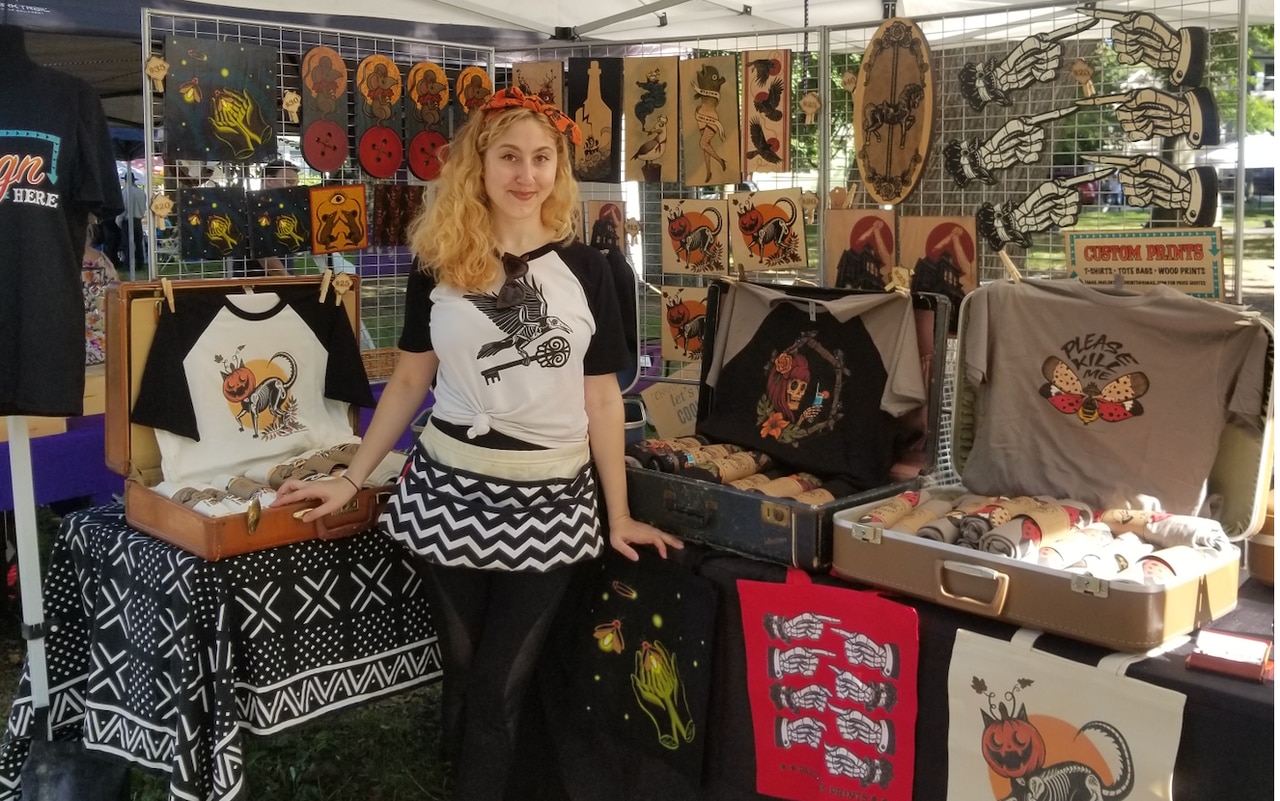