Director Roland Emmerich knows a thing or two about the ingredients needed for a good disaster flick, having given the world “Independence Day,” “2012” and “The Day After Tomorrow.”

He is back in cinemas next week with “Moonfall” starring Halle Berry, in which the moon starts to act rather strangely.

Naturally, it’s a small group of Americans that must save the world, but how closely does the film respect the other rules of the disaster genre?

If there is one cliche that Emmerich loves, it’s the estranged couple thrown back together by the imminent destruction of the world.

The comforting reassertion of family values and parental stability is in all his big disaster flicks, right up to “Moonfall.”

Emmerich is far from alone. From “Twister” to “Outbreak” to “San Andreas,” there’s a good chance that an exasperated woman is going to realize her new (usually rich and obnoxious) husband is not a patch on her rough diamond ex when the going gets tough.

In disaster movies, generals are always desperate to nuke the problem, when everyone else knows this can only make things worse.

“Moonfall” sticks solidly to this script, with a series of stony-faced old white guys who are adamant they need to blow up the moon.

“Moonfall” marks a significant departure from disaster film history by failing to include any house pets, invincible or otherwise.

They are an eccentric scientist or a wacky amateur, and they tried to warn everyone and no one would listen — and now look at the mess we’re in.

In the case of “Moonfall,” everyone should have been listening to conspiracy nut KC Houseman (played by “Game of Thrones” regular John Bradley) and his ridiculous ideas about the moon.

In a contemporary twist on the trope, he convinces the world to take him seriously by posting his findings on social media, which is treated in the film as a shortcut to legitimacy (perhaps the least probable element of a film about the moon falling on the Earth).

Ben Affleck recently made the not-unreasonable point about 1998 asteroid caper “Armageddon” that it might have made more sense to train astronauts as drillers, rather than the other way around.

But it turns out there were bigger problems with their plan in the movie.

In 2019, scientists at John Hopkins University released a paper arguing that 4,000 of the most powerful nuclear explosives ever created would have to be concentrated in a single spot to disrupt a 20-kilometer-wide asteroid, and that the fragments may be pulled back together anyway by gravity.

Bad science crops up regularly in disaster films, from the ice age that emerges within three days in “The Day After Tomorrow” to the truck wheels that can drive through lava in “Dante’s Peak.”

And don’t ask geologists about “The Core” where scientists use an indestructible element called “Unobtanium” to drill to the center of the Earth and restart the core with a nuclear bomb.

Without giving away any spoilers, “Moonfall” is similarly unlikely to serve as a teaching aid in any university science departments. JB

Marvel’s ‘Hawkeye’: An old friend and a breath of fresh air

The hottest entertainment news straight to your inbox

Don’t miss out on the latest news and information.

‘Moonfall’ and the art of the disaster film cliche

Wed Feb 9 , 2022
Heirs of Jimi Hendrix’s former bandmates, bassist Noel Redding and drummer Mitch Mitchell, have filed a lawsuit against Sony Music in the U.K., alleging copyright infringement and seeking royalties. The filing, in London’s High Court, follows an application for a legal declaration made by Sony Music and the Hendrix estate […] 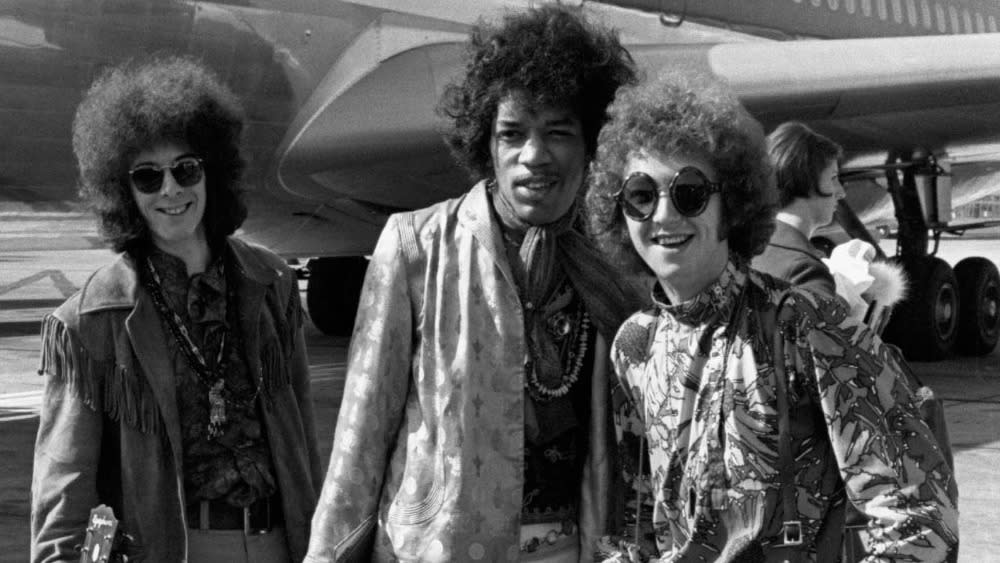