Once you’ve had the immense pleasure of seeing Jason Mantzoukas grace your screen, it’s hard not to want more of the wild comedian. His presence is one that is unlike anyone else’s, and I honestly don’t think I can give a more pure example of a chaotic nature than Mantzoukas. Depending on the role, he embodies all three of the chaos alignments: good, evil, and neutral.

His golden retriever energy paired with the utter hysteria his nature brings to the screen makes him a stand out in any project, and he has actually given his talent to a ton of films and TV series. Not only has he shown his face in some pretty dope series like Parks and Recreation, but he also lends his voice in a whole lot of comedic animated series. I mean, the guy literally is the voice for Tommy Lee’s talking penis in Pam & Tommy (I can’t even begin to know where that falls on his chaotic alignment chart).

In honor of all the utterly chaotic roles he has gifted mankind, we’ve put together a list of some awesome Jason Mantzoukas movies and TV shows to check out if you love the actor’s many borderline insane performances:

A series that was probably pretty difficult to sell and get made, Big Mouth is all about puberty and all the weirdness that happens in those little pubescent bodies. Basically, the puberty monster hounds preteens, in a very adult animated show. Sounds really not okay, but honestly it’s sort of a gem of a show and is actually on a relatively short list of Netflix series that have made it past the streaming platform’s third season curse.

Jason Mantzoukas voices one of the main characters, who has a bad habit of having sex with talking pillows. Believe it or not, he actually isn’t the weirdest character in the series. He is opposite long time colleague Nick Kroll, who voices a number of characters and also acts as writer and producer.

Not going to lie, I first fell in love with Jason Mantzoukas when I saw him as Rafi on The League. He is the odd (or, insane) man out in a group of tight-knit friends in a fantasy football league. With a wild number of special guests and intense, unstoppable humor, The League is pretty much a must-watch even if you don’t like football. If you do like football, though, the massive amount of NFL cameos gives the series a little something extra.

Brooklyn Nine-Nine has a pretty epic cast of regular characters, all which gave the series its own style of comedy. Jason Mantzoukas regularly joins the group of New York police officers as a guest star in some of the best episodes of the hilarious series. In classic chaotic good alignment, Mantzoukas plays a former detective who was deep undercover for 12 years and whom everyone now thinks is crazy.

His role of Adrian Pimento is pretty much the standard comedy we would expect from Jason Mantzoukas, and he is very at home on the series. If you love him and his style of humor, set aside a couple dozen hours for binging, because Brooklyn Nine-Nine is complete with 8 seasons and right up your alley.

Out of all the scripted comedy shows out there centering on a comedian themselves, the vast majority of them are male led. I’m Sorry isn’t one of them, though, and Andrea Savage both wrote and stars in this semi-autobiographical series. Jason Mantzoukas plays Andrea’s writing partner and actually comes off as more of a real, albeit still funny, person instead of the living, breathing fever dream he portrays in other series. What can I say, the man has depth!

Believe it or not, Jason Mantzoukas is actually toned down in The Dictator, which is kind of unreal seeing as how the film is pretty wild in and of itself. It’s almost like there’s a role reversal happening and the bosses didn’t want one insane element conflicting with another. Mantzoukas allows his usual crazy performance to take a back seat here, and the result is something really…well, something.

If you’re having a Jason Mantzoukas movie marathon, The Dictator is a nice addition.

Rent/Buy The Dictator on Amazon.

Jason Mantzoukas does a ton of voice acting, and it makes a ton of sense, seeing as how in order to pull off some of his seriously crazy antics, he’d almost have to be a cartoon. Close Enough is like an adult version of Regular Show, and it’s actually created by the same guy, so the two shows have some cool connections. If you grew up watching Regular Show or had kids who zombified in front of the TV to the cartoon, Close Enough is bound to hit that nostalgia nerve.

Another animated addition to the list, but Super size it! Invincible is an Amazon original series, and like the platform’s The Boys series, it’s all about superheroes and has some gore. The series has a pretty star-studded cast, is the perfect superhero show for ‘90s kids, and fans of Jason Mantzoukas will love his sassy and sarcastic character, Rex Splode.

Ultra City Smiths is like if your grandma’s creepy doll collection came alive at night and solved a mysterious disappearance with help from the voices of some pretty baller Hollywood actors. With a unique animation style, the guys behind Robot Chicken bring a bizarre take on a comedic noir mystery. Oh, it also strangely acts as a musical. Of course, it makes total sense that Jason Mantzoukas would be down for a project like this.

Jason Mantzoukas and Nick Kroll have a pretty heavy history working together, so it totally makes sense that Mantzoukas would take part in his namesake series. Kroll transforms himself into various characters in a ton of hilarious sketches with comedian guest stars throughout its 3 seasons, like Mantzoukas, SNL vet John Mulaney, and peak MTV star Andy Milonakis.

I’m always thrilled when Jason Mantzoukas pops up in a show I’m already invested in. Mantzoukas joined Kristen Bell’s The Good Place in Season 2 briefly, and became pretty much a mainstay in Season 3 and 4. It’s basically the perfect role for him, as he is a complete enigma that defies both space and time. It’s pretty hard to explain how and what Mantzoukas’ character, Derek, is and what he becomes throughout the series, but it is totally worth the time to check out if you haven’t already binged the series.

I just need to say that I absolutely love that Jason Mantzoukas is a part of the John Wick franchise. It is so absurdly fitting, honestly. John Wick: Chapter 3 – Parabellum is a serious franchise entry that doesn’t take itself too seriously, and casting Mantzoukas almost tips that balance. Almost.

Jason Mantzoukas plays the assassin named Tick Tock Man who keeps a low profile by disguising himself as a vagrant who rants to himself, coming off as completely harmless. It’s honestly a fantastic addition to his acting credits, and one of the many reasons to check out the John Wick franchise.

Sleeping With Other People

Sleeping With Other People is pretty much the perfect film to check out if you want a romantic comedy that is very much a comedy at its core instead of just a love story that happens to have some laughs. The films stars a number of comedians and comedic actors, with Jason Sudeikis and Community’s Allison Brie at its helm.

If you’re a fan of Jason Mantzoukas’ other work, you’ll see some seriously familiar faces. His Parks and Rec colleague Adam Scott (and Billy Eichner, although they didn’t appear in the same scenes) also takes part in the film, as well as I’m Sorry’s Andrea Savage and Big Mouth’s Natasha Lyonne.

Buy/Rent Sleeping With Other People on Amazon.

Honestly, I could keep going almost forever if I included some smaller parts from Jason Mantzoukas. He’s done an impressive amount of work, and even when he just appears briefly in a film or series, he gives so much to whatever scene he is in. Mantzoukas’ energy is electric, and it’s hard to ignore him when he comes on screen.

He may be the absolute embodiment of chaos, but whatever form he is in any given project, it certainly is a welcome addition. Jason Mantzoukas doesn’t have any announced upcoming movies, but he has so much going on this year with his many series, and plenty of those will continue into 2023 at the very least. There’s plenty of content available to keep you busy with a Jason Mantzoukas marathon, even if there is a good amount of his work you’ve already seen. Maybe by the time you get through it all, he’ll have more work on the horizon!

6 Bay Area arts and entertainment events to check out this week, March 28-April 3 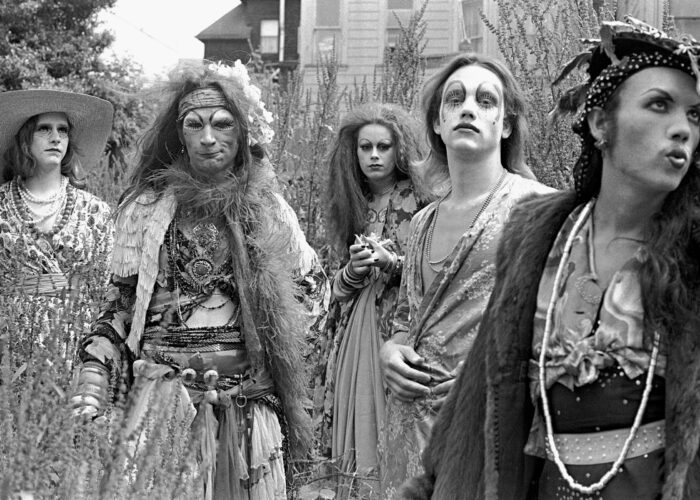