Following his impressive run with DC’s Peacemaker on HBO Max, director James Gunn is now fully back on board with Marvel Studios for Guardians of the Galaxy Vol. 3. Coming with that return to Marvel Studios will be yet another round of catchy music in the Guardians threequel – a defining trait of Gunn’s iconic directorial style.

Fans really wanted to taste it with Gunn’s latest stroke of musical genius as he used Wig Wam’s “Do Ya Wanna Taste It” as the opening intro music for Peacemaker. Now, the director’s impressive knack for using the perfect needle-drops in his work will be seen once again in Guardians Vol. 3 after so many memorable musical moments in his first two Marvel movies.

The big question heading into Vol. 3‘s release is what songs Gunn will choose to use for the third Awesome Mix, which will now come in Peter Quill’s Zune that he got at the end of 2017’s Guardians of the Galaxy Vol. 2. While some fans are already theorizing what could be on that playlist, the director set the record straight on Twitter regarding what music he could use.

Guardians of the Galaxy Vol. 3 director James Gunn took to Twitter to clarify a rumor regarding the soundtrack coming in his next MCU movie.

Moth Culture tweeted a rumor stating that the Guardians threequel would “blend a shortlist of modern songs” from Peter Quill’s short time on Earth after Avengers: Endgame.

Gunn corrected the rumor in a Tweet of his own, saying that “Quill left earth as soon as he could” after Endgame, meaning that all of the songs on the soundtrack in Guardians 3 are from Quill’s Zune:

“Nope. Quill left earth as soon as he could. The songs are from the Zune.”

What Music Will Be in Guardians 3?

A key set of plot devices from the Guardians movies are the two Awesome Mix cassette tapes that Peter Quill received from his mother, and they are essential to Star-Lord’s character. Now, he has the opportunity to use his new Zune to move forward into pop music from the twenty-first century, although there are no signs pointing to which songs will actually be on the device.

Interestingly, since Quill got the Zune, fans have only heard music that came long before the Microsoft-created MP3 player was made. The end of Guardians Vol. 2 had Quill listening to Cat Stevens’ “Father and Son” from 1970, and the team entered Avengers: Infinity War while jamming out to “The Rubberband Man” from The Spinners, which released in 1976.

The Zune made its run on the global market starting in 2006, lasting six years in the public eye before it was discontinued in 2012. That gives Peter Quill potential access to a good portion of the new millennium’s music on his new device, so the question now is just how far he’ll dive into that catalog.

Could the galactic outlaw find himself jamming to 90s icons like Britney Spears or the Backstreet Boys? Or will he turn to popular twenty-first-century artists like Eminem or Coldplay? What about Nickelback joining yet another fan-favorite franchise?

Seeing that this will be the final Guardians film with this fan-favorite lineup, James Gunn’s latest playlist will surely make its own run on the charts when Guardians of the Galaxy Vol. 3 releases in theaters on May 5, 2023.

Tue Mar 1 , 2022
Hue Jackson wanted to hire Art Briles, and so he did. It is a simple answer for a complicated situation. Jackson was allowed to hire Briles as his offensive coordinator at Grambling State—though make no mistake, there are multiple people who had to O.K. this on both the athletics side […] 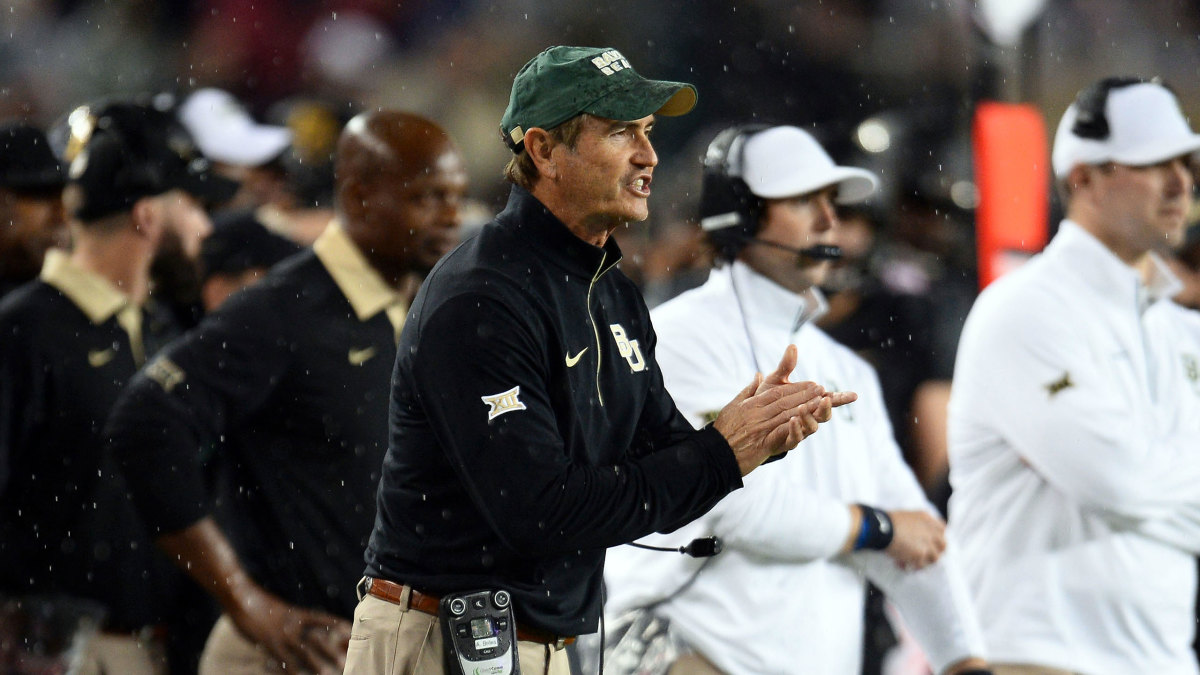