Bobby Pinckney went to bed one night last August as a management consultant and woke up the following morning as the man behind one of the hottest music apps in the world. Discz, a song recommendation tool which Pinckney started as a class project during his senior year at USC, has captured the imagination of TikTokers. After several clips praising the app went viral, it shot to the top of the music section of the App Store in a handful of major markets — the U.K., Germany — and reached Number 12 in the U.S.

This was all the more shocking since Discz was still very much a side-project in progress, and Pinckney had not yet spent a dime on promotion. “We don’t even support other languages yet but we had people in Colombia and France and Brazil getting more than half a million views talking about the app,” he says, still sounding slightly awestruck. “We have users in over 200 countries, even before we ever ran an ad.”

In the months since this first eruption of interest, the 24-year-old Pinckney and Michelle Yin, his 26-year-old co-founder, quit their jobs, raised money, and went all in on improving Discz. They believe it can play a key role in music discovery at a time when listeners are drowning in new tunes and there are few reliable ways to help make sense of, or give shape to, the overwhelming deluge.

In particular, the Discz co-founders want to span the chasm that has emerged between TikTok, the most fertile space for new music, and older streaming platforms like Spotify, which has acknowledged that it needs to do better at hooking the all-important youth demographic. “We were built for millennials,” Spotify co-founder Daniel Ek told Bloomberg in December. “I’m not a Gen Zer, and it’s something I’m well aware of. I am trying to spend time with young folks pushing the company to go for Gen Z, and later on, Gen Alpha.”

In a world where many young listeners unearth their favorite new tunes on TikTok, “there’s a drop-off when it comes to people going to save those songs on Spotify,” Pinckney says. The Discz team is trying to combat that drop-off, while also betting that their generation is more interested in receiving music recommendations from someone just like them rather than an executive at a massive tech company. “We’re tired of algorithms deciding what’s trending, or editorial teams deciding this is what you should listen to,” explains Yin, who was a senior software engineer at Facebook before she took over as Discz’s chief technology officer.

The elevator pitch for Discz — and the way breathless fans explained the app on TikTok — is Spotify meets Tinder. The app recommends you a slew of songs based on your past listening preferences and plays you TikTok-sized snippets of each. You swipe left or right depending on your feelings about each track; the ones you like are automatically added to a Spotify playlist for you.

This is good fun, but the more potent aspects of Discz encourage users to interact with each other, especially through a TikTok-like feed that allows you to see what other listeners are playing, sample a 15-second snippet of that, and save it if you like it. The app then presents users with “plugs” — you get one every time you introduce someone to a new song and they save it — rather than likes. “Someone is only gonna save a song if they like it but also haven’t heard it before,” Pinckney says. “So it does not reward conformity.”

Masn, whose viral hit “Psycho!” earned him a deal with RCA Records, is one of Discz’s highest-profile users. “Everybody has shorter attention spans these days,” he says. “You’re not gonna spend an hour or two looking for new music. And this way, you get rewarded for showing people new music they like.”

As TikTok has become more popular, a new generation of would-be tastemakers has emerged on the app, trying to guide their many followers to new music. And members of this group have now started gravitating to Discz, where they gain clout according to how many new songs they introduce to people. “If you’re a curator trying to grow a following, it’s really difficult on Spotify because it is really oversaturated,” explains Annabelle Kline-Zilles, who sells custom-made playlists under the brand That Good Sh*t and also manages the young rapper Diz. “There’s not a lot of room for discovery of playlists themselves, and Spotify editorial playlists are prioritized on the platform.” What’s more, “you don’t get to see what kind of actual numbers and interaction you’re getting on a playlist.”

In contrast, Kline-Zilles continues, “on Discz, you get to see who put this person on to this song.” Her “best underground hip hop” playlist has already led to 1,950 saves spread across little-known acts like Dre Wave$, Jay Hollywood, and her own act Diz. “As a manager, [Discz] is a new avenue to get the music of someone you work with out there,” Kline-Zilles adds.

People are intrigued enough by Discz that, when the latest version of the app launched last week, user interest crashed its servers. (“A lot of the early technical challenges have been around how the app could handle a load of hundreds of thousands of people on it at a time,” Yin says.) Once Yin and others took care of the server problem, the app cracked the Top Ten of the U.S. App Store’s music section.

Yin points out that she’s in the process of building the plane as she flies it — due to the eruption of interest in August, she and Pinckney went full-throttle on putting together an improved version as fast as possible. Some functionalities, like adding comments, are still missing. But more than 15 million songs have been discovered and saved on the app to date. “We’re still a little nervous to put this out because it’s so early,” Yin says. “But we wanted to get it in people’s hands.”

Tue Mar 29 , 2022
What happens when the art world’s esteemed professionals come together to share their intense ideas, thoughts and views? Fortunately, we get to witness that in April 2022 through Barcelona-based non-profit Talking Galleries. It will be the first major in-person meeting of arts professionals in New York since the onset of […] 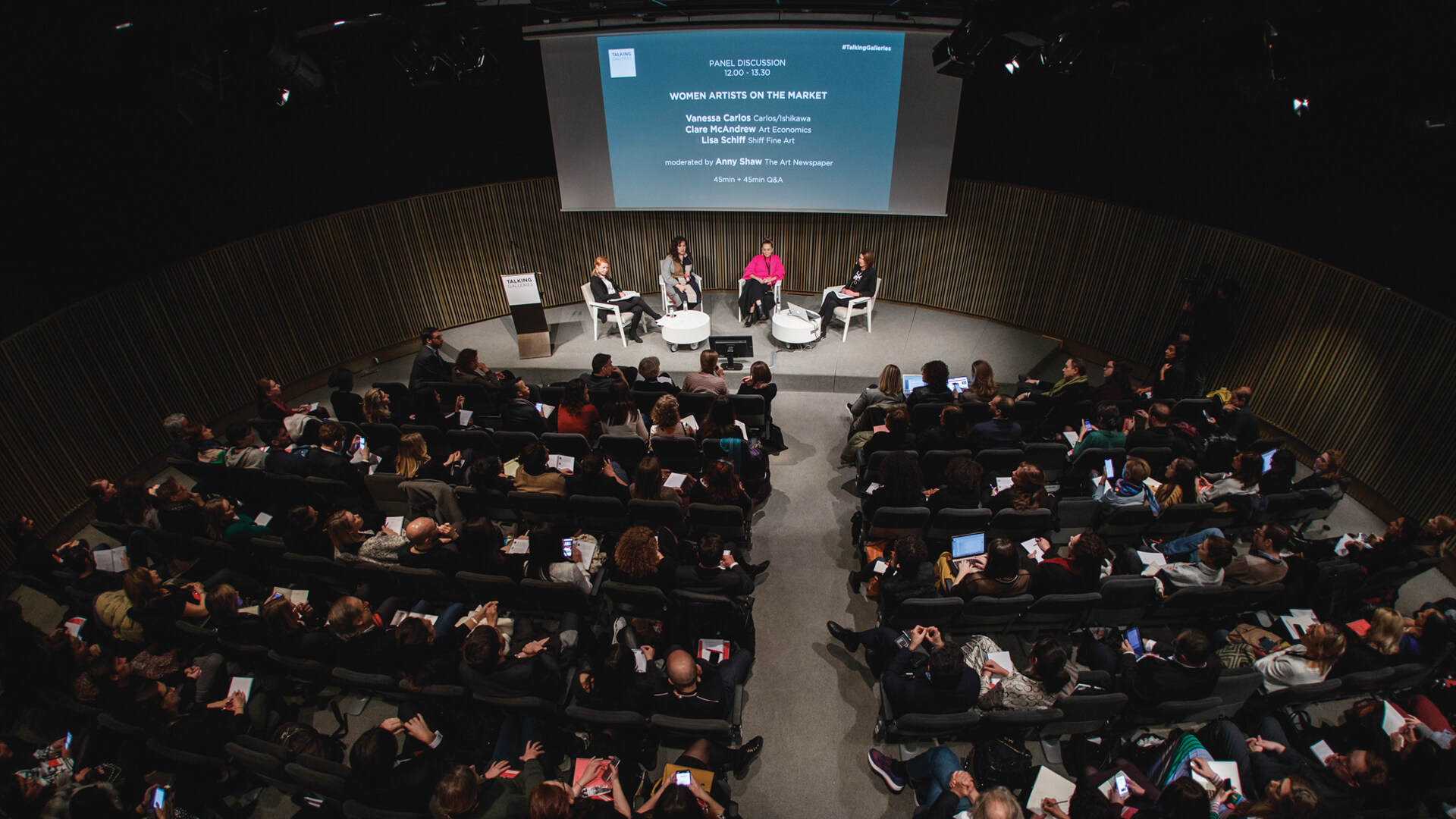