Krannert Art Museum recently had the fortune to acquire a fantastic 1648 Rembrandt print, “St. Jerome Beside a Pollard Willow,” debuting in “Sacred/Supernatural: Religion, Myth and Magic in European Prints,” a new exhibition by Maureen Warren, curator of European and American art.

Rembrandt always makes you look at a subject in a new way. Here, it’s Jerome, an early Christian scholar. Originally from the Croatian coast, he studied in Rome but strayed from his path (especially through sex). Mortified by his behavior, he turned to theology and had a vision of the Last Judgment, where an angel called him to task. In response, Jerome withdrew from society, learned Hebrew and studied the Gospels, eventually writing influential translations of the Bible.

St. Jerome may not be particularly well known today, but he was a big deal in the 1600s. Artists commonly showed him as a scholar in his study or a penitent in the desert, beating his chest with a stone to relate to Christ’s suffering.

Rembrandt, of course, puts his own spin on the subject.

First, the artist creates a landscape dominated by a big willow. The tree has been pollarded — that is, its upper branches have been pruned. In the 1600s, it was a way to harvest a tree for feed or building material without cutting it down.

Rembrandt clearly loved the trunk’s gnarled shape, the crusty bark and the contrast with delicate new shoots. And he switched out the Syrian desert for the Dutch countryside and centered the tree.

The figures almost appear incidental, a bespectacled Jerome — hat off, engrossed in books. And the lion — my favorite detail!

In one story, a lion came limping into Jerome’s monastery. While the other monks fled shrieking, Jerome pulled a thorn from the lion’s paw, earning the animal’s unending devotion. Usually the lion appears snoozing, but Rembrandt adds a twist, poking the lion’s head out on the other side of the willow, alert but slightly confused. Many of us with dogs know that look well: “I have a job to do. I don’t know exactly what it is, but I am doing it.”

This gentle vulnerability and play is characteristic of Rembrandt and comes out in the very way he made the print. Usually, he etched (the printmaker’s equivalent of drawing), scratching a needle into varnish on the surface of a metal plate, which would then be inked and run through a press.

But here, Rembrandt combined etching with drypoint, in which he scratched a needle directly on the metal itself. The needle creates metal scrapings in its wake, called the burr. Instead of wiping off the burr, Rembrandt left it in place. The ink gets caught in the burr and instead of crisp lines, velvety, blurry ones appear.

This beautiful, soft effect adds to the delicacy and sensitivity of the print and, I think, a deliberate choice by Rembrandt for his gentle and subversive take on Jerome.

Fri Feb 18 , 2022
Hannah Becker was a gemstone dealer who wanted to make her own jewelry. Melanie Hasan found coloring textiles with natural dyes soothing as she moved through postpartum depression and wondered: Could she make these clothes for a living? They have each turned their “side hustle,” as Becker called hers, into […] 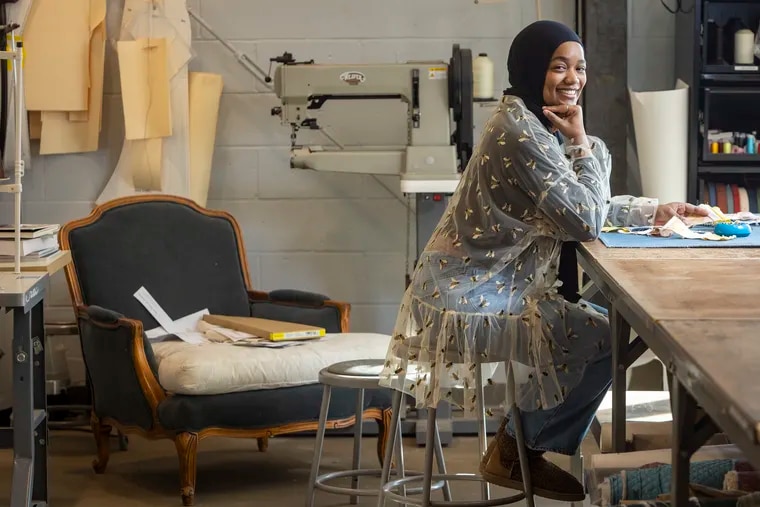