The current show at Alice Gauvin Gallery, Portland’s newest commercial art venue, is titled “Human/Nature” (through March 26). As with her last outing, Gauvin ties together several artists’ work under a grandiose theme: nature’s ability “to threaten, to comfort, to nourish, and to strike awe – and through it all, to somehow possess a spirit of its own.”

The work is highly diverse and, also like her last show, a bit of a mash-up. The artists all feel quite distinctive and don’t really converse harmoniously amongst themselves, so it’s best to go in knowing you’ll see four distinctly different aesthetics, even if they all do have a lot to do with nature and the various feelings it can prompt.

The show starts with etchings by Simon Carr, inspired by the cave drawings of Lascaux. They are laboriously produced. They begin with a drawing that is then transferred onto a zinc plate using carbon paper. Then Carr deploys a diamond point scriber to scratch the drawing into the metal, and submerges the plate into a diluted nitric acid bath, which more deeply etches the lines into the metal. The plate is inked and wiped down, leaving the ink only in the grooves, then paper is laid over the plate with a blotter and put through a machine that compresses the plate, squeezing the ink out of the grooves and onto the paper. At each point in this process, the drawing is reworked or changed in some way.

There are five etchings, four of which are fairly literal. You will likely recognize the images from your archeology or art history textbooks (or the caves themselves if you’ve visited). In these cases, the technique is what is most interesting, since otherwise they are essentially representations of something someone else already created. The black and white palette also removes them by a degree from their origin.

But in the fifth etching, the equine form is partially obscured by scratchy lines. This is the most interesting to me because it is no longer just a picture of an existing thing. It becomes Carr’s own vision through his expressionistic markings. It also brings the beast closer to expressing its own spirit, the markings acting like some sort of magnetic or energetic resonance in the way Giacometti’s paintings did with their obsessive radiations of lines.

On the opposite wall are tiny landscapes also by Carr. I’m not sure how much they emanate the sense of nature’s spirit, but what is most evident for those familiar with this artist’s diverse work, is that this scale works to his advantage. In Carr’s large still lifes and scenes of New York, the visual impact of his stippled paint application can become dissipated by a sense of controlled sameness. These lovely landscapes feel more spontaneous and have the quality of oil sketches done in the open air. The stippling is mixed with visible brushwork, adding movement and energy to the surface.

Next to Carr’s etchings are several genuinely electrifying paintings by Cathy Diamond. There is so much going on in these works that they demand you linger before them for quite some time. They are really a hybrid of drawing and painting, and their surfaces buzz, sizzle and quiver with a feverish energy. They are clearly landscapes, but abstracted in ways that capture nature’s ability to constantly morph and evolve. In this way, they viscerally convey a kind of aggressive fecundity of nature. And the morphing happens across species. Though none of it is definitively articulated, some shapes intimate animal life, sometimes springing from plant life (or the other way around).

Cathy Diamond, “Toward the Light,” 2022, acrylic on paper on canvas, 40 x 40 inches Image courtesy of the artist

A painting like “Toward the Light” looks like an LSD-fueled version of one of Cezanne’s Mont Saint-Victoire paintings. It is a maelstrom of greens, a color associated with fertility. We perceive what looks like an open space in the middle of the work as if we’re viewing the hills and sky through an opening in a thicket of plant life. But we get the unmistakable impression that this aperture will not last long before it becomes choked, then completely obscured, by the inexorable encroachment of vines and leaves. An odd blue figure at lower left resembles some quadruped creature, though we can’t be sure what.

Diamond’s colors are also lush and ravishing. “In the Thick” is obviously a forest scene. Again, we are viewing a clearing or a pond or stream through an opening in a dense break among the branches and leaves. But the scene is suffused in a hallucinogenic kaleidoscope of maroons, pinks, grays and golds.

Sequences of lined-up black jots appear here and in other paintings. They could certainly be branches or plant stems, but they feel more like some personal iconography, similar to Arshile Gorky’s repeating enigmatic symbols. You can see them in “Cacophony” too, a virtuosic work despite its small size. This secret language adds to the sense of the mysterious inner life of all flora (and some fauna). Diamond’s works are breathtakingly gorgeous … and just a little scary in their suggestion of nature’s uncontrollable, untamable power.

Gina Sawin, “Moving With the Light,” oil on canvas, 26 x 54 inches Image courtesy of the artist

Gina Sawin, Gauvin’s mother, contributes paintings of various species of shore birds in flight. Like Carr, she daubs and stipples with her brush rather than creating gestural strokes. These paintings at first might feel straightforward, but the more we look at them, the more we detect her skill in depicting wonderfully subtle variations in light. They seem to be flying in clouded skies, with the sun filtering through them as a blurry, almost imperceptible glow.

If we look a little longer, we also see a recurrent geometry that adds structure to the paintings. It is defined by the negative space between wings, as well as the wings themselves. The repetitiveness of this naturally occurring geometry telegraphs the sense of the birds’ directional movement through space with the ineffable precision of their murmuration. Synchronous changes in their communal flight path sends those geometries hurtling in other directions. But the act of their murmuration also conveys their own inner instinctual communication with each other, which completely confounds human understanding.

Lastly there are the paintings of Elizabeth Higgins, which feel less aligned with Gauvin’s theme. Though they certainly depict nature, they really seem to be more about the artist’s interiority than the landscape and the nature itself, even when there is no figure in them.

The paintings of Fogo Island, between Newfoundland and Labrador, have the same atmosphere of geographical isolation as endless renditions Mainers have seen of Monhegan Island. Like some of those, there is a kind of stark beauty to the topography that can scrape your heart clean and raw (particularly a woodblock print of a painting Higgins did called “Pilgrimage to St. Anne’s, Fogo Island”).

But what is evoked here, perhaps because of the simplicity of line and composition in these works, is the melancholy of the artist painting them. Which is interesting. One work, “Bantry Bay,” which centers around a slash of white paint that depicts light breaking on the water through a cloud, comes closest to transmitting the awesomeness of nature’s inexhaustible store of phenomena. Yet even here it is the artist’s awe we feel most.

Jorge S. Arango has written about art, design and architecture for over 35 years. He lives in Portland. He can be reached at: [email protected]

Please check your email to confirm and complete your registration.

Use the form below to reset your password. When you’ve submitted your account email, we will send an email with a reset code.

This year’s Oscar-nominated shorts are long on dark material

Wed Mar 9 , 2022
Who would win: Marvel’s Master of Kung Fu versus the Merc with the Mouth? Newly revealed concept art for Shang-Chi and the Legend of the Ten Rings that features Deadpool teases that exciting confrontation. What Happened? — On the website of concept artist Andrew Kim (his work includes Guardians of […] 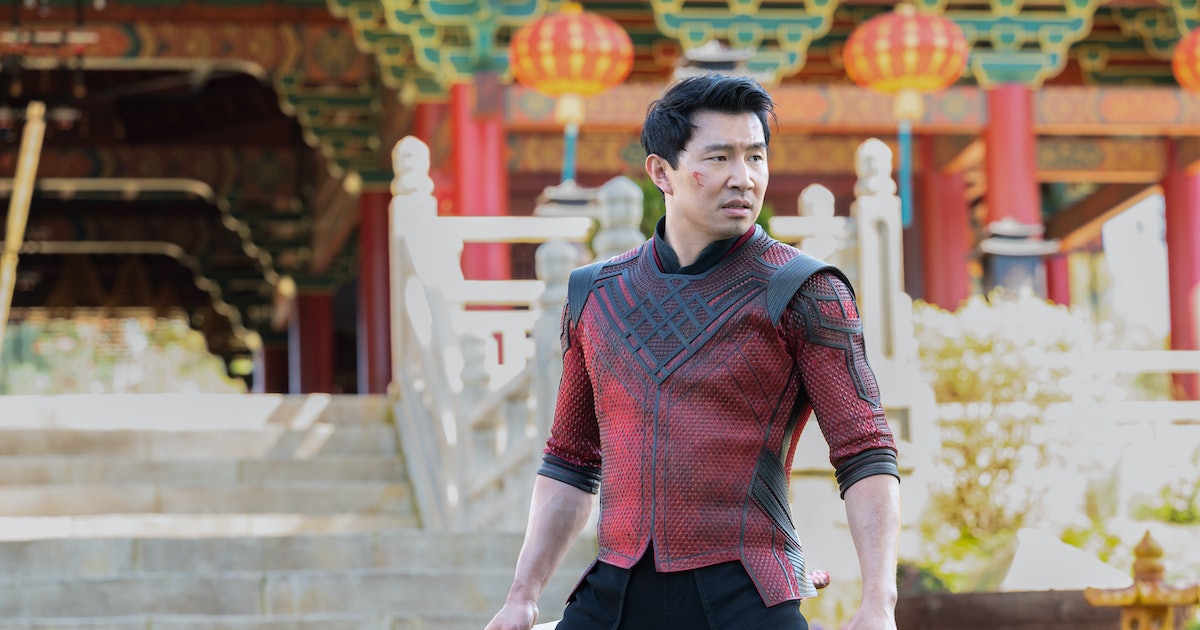