NEW YORK — People have been getting Diane Arbus wrong for so long and in so many ways that you could devote a lifetime to analyzing what all the false projections reveal — not about Arbus, but about her critics.

It is now 50 years since the Museum of Modern Art staged the posthumous retrospective that established the Arbus legend. In re-creating the retrospective at its West 20th Street gallery in New York’s Chelsea, David Zwirner (collaborating with Fraenkel Gallery) has the cultural event of this fall on its hands.

Before Arbus took her own life in 1971, she made photographic portraits of society women, crying babies, nudists, people with developmental disabilities and people wearing masks, as well as sex workers, twins, individuals with dwarfism, teenage couples and cross-dressers. Or, as her brother, the poet Howard Nemerov, put it, “freaks, professional transvestites, strong men, tattooed men, the children of the very rich.” (The show’s promotional image fits that last category: It’s Arbus’s brilliant photograph of journalist Anderson Cooper as a baby, his sleeping face uncannily resembling a death mask.)

The 1972-1973 Arbus show, then the most highly attended one-person show in MoMA’s history, operated like a depth charge — initially in the rarefied world of art photography (a disputed category in those days) and then in the culture at large. Few people had heard of Arbus while she was alive. Then suddenly, within a year of her death at 48, everyone knew her, everyone had a strong opinion and — perhaps most notably — no one doubted that photography could be art. “People went through that exhibition as though they were in line for Communion,” John Szarkowski, a MoMA photography curator who championed her work, once commented.

The Zwirner display is ingenious. It enacts the problem (a surfeit of commentary, a fire hose of controversy) and then magically sheds it. As you walk into the gallery, you behold a wall covered with excerpts from writings about Arbus:

“Arbus’s work shows people who are pathetic, pitiable, as well as horrible, repulsive, but it does not arouse any compassionate feelings.”

“Her subjects are all flesh, they have very few resources — they don’t have a lot of mind.”

“[Arbus] shows us people, so locked into their physical and mental limitations, that their movements are meaningless charades. They are losers almost to a man.”

“In photographing dwarfs you don’t get majesty and beauty. You get dwarfs.”

And so on. The show coincides with the publication of an almost 500-page book, “Diane Arbus: Documents,” that reprints more than 50 years of Arbus criticism by everyone from Hilton Kramer, Hilton Als and Robert Hughes to Susan Sontag, Germaine Greer and Janet Malcolm.

But the wall of text is like a curtain, or the meniscus on a body of water. You cross the threshold into the show like a masked snorkeler on a blustery day who puts his head under. Suddenly, you’re in a new element, a different universe. It’s quiet. You’re on your own. There’s no text in sight, not even a title. It’s just you and Arbus’s photographs, her gallery of characters — the same 113 pictures that made up her MoMA retrospective 50 years ago.

Seeing the exhibition in 2022 underscores the extravagance of many of the reactions to Arbus. It also offers a great chance to dispense with the silliness.

The debate Arbus has generated for 50 years always revolves around the question of “freaks.” The problem has generally come in the form of two questions: Why was she attracted to these subjects? And did she somehow betray or traduce them, hold them in contempt or unjustifiably exploit them?

This is all, it can seem, that anyone wants to ask of her work.

Arbus’s subjects were not as wide-ranging as the subjects of, say, Walker Evans or Robert Frank. Her work is focused in a way that makes it clear she is trying to tell you something. But her images of the institutionalized, the physically abnormal, the socially irregular and the otherwise marginalized make up only part of her oeuvre. It’s crucial for any understanding of her work that they be seen alongside all her other pictures.

The other pictures, which show men and women of elevated or unremarkable social status and babies and children (who were too young to have any meaningful status), are just as important as her photographs of so-called freaks. They all relate. And as the feelings evoked by each image are inevitably displaced onto the others, they add up to an idea that deepens as her photographs accumulate.

The idea is simple. It is, in short, that we are like monkeys at a tea party. All of us. What’s more, we are in denial. We finesse and accessorize our self-image, but those very accessories (in Arbus’s world they may be leopard-skin pillbox hats, strings of pearls, Halloween masks, tight jeans, tattoos, tidy bourgeois interiors, boaters, bow ties or even brazen, dare-you-to-object nakedness) are continually giving away the game.

Bob Dylan once mockingly sang that a leopard-skin pillbox hat “balances on your head just like a mattress balances on a bottle of wine.” But to Arbus, who began as a fashion photographer, the various forms our denial takes were not contemptible. They were strange, riveting, poignant.

Arbus was as averse to sentimentality as she was free from disgust or contempt. Her insight was not in itself original. Nonetheless it deepened in her hands in unique ways. That she was a photographer and not a painter or sculptor was crucial to her expression of the “we’re-all-monkeys-at-a-tea-party” idea.

For decades, we’ve been drilled in all the ways in which the camera lies. But cameras also reveal a lot of facts. You can point them at subjects that interest you, but they remain disinterested. The reason we dislike about nine out of every 10 photographs we see of ourselves is not because those nine are false, but because they reveal things we don’t like to acknowledge.

Precisely because the camera, with its special evidential authority, can make us look ridiculous, we say it is cruel. We are on guard against the professional photographer’s power, which we imagine as a sort of rolling, unspoken negative assessment (“You don’t realize how ridiculous you look”). We hope only that, taking pity, the photographer will conspire with us to overturn the camera’s (as we see it) negative bias.

Susan Sontag, who set the agenda for all the wrongheaded ways of thinking about Arbus in a 1973 essay for the New York Review of Books, didn’t like this absence of advertised empathy. Arbus used her camera, Sontag wrote, as a “kind of passport that annihilates moral boundaries and social inhibitions, freeing the photographer from any responsibility toward the people photographed.”

But this is tendentious. Passports don’t “annihilate” boundaries; they just permit you to cross them. You can say Arbus exploited a “passport” to amorality if you like. But what artist isn’t interested in the gaps between our instincts and inhibitions, between our private selves and the selves we present in public? Arbus was simply one of the first to recognize the camera’s unique way of revealing them.

According to Sontag, Arbus created “a world where everyone is an alien, hopelessly alienated.” But this, too, is off-base. Look to the photographs. Arbus captured expressions of exuberance, delight in companionship, parental tenderness, self-love, piercing intelligence, ironic fatigue, suavity, bathos, aggression, perplexity and various expressions of curiosity about (or boredom with) the process of having one’s photograph taken.

To Arbus, it was all engrossing. And what made it poignant was the impossibility, finally, of being the people she photographed, of entering their minds, which she clearly yearned to do. Arbus was a complicated person. Depressive, restless and sexually adventurous, she craved intense experiences. But it was her complexity that allowed her to see and capture the complexity and unknowability of her subjects.

Her success had its moral effect, which is obvious to anyone who sees her pictures today. Arbus’s cross-dressers and nudists, her people with Down syndrome and Halloween celebrants, no longer look like “freaks.” They look like what they are: fellow human beings. We can look at the subjects with as much honesty as we can muster when we look at ourselves. And we needn’t pity them any more than we pity ourselves. 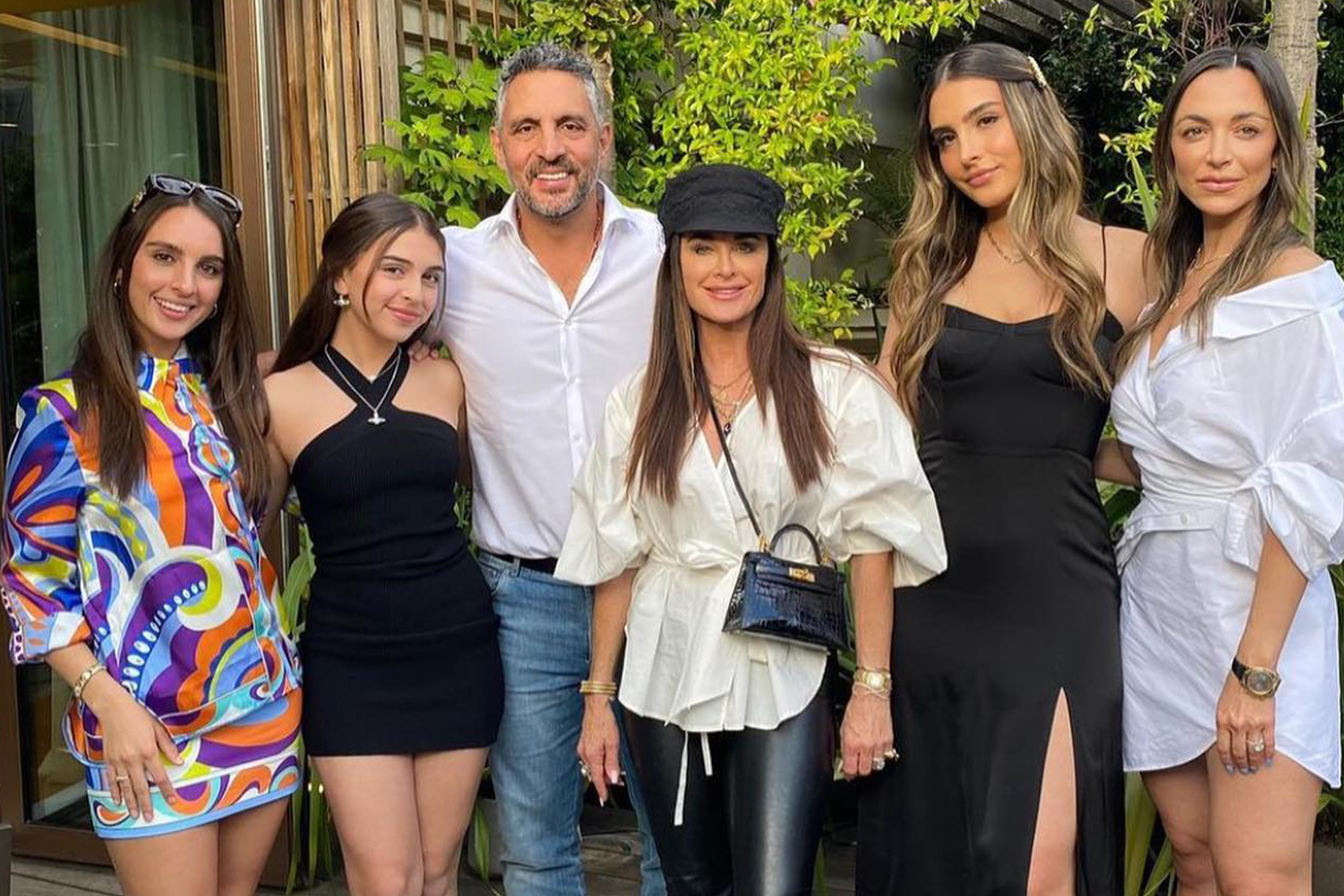