BOSTON and PARIS, June 7, 2022 /PRNewswire/ — Darewise Entertainment, a subsidiary of Animoca Brands and founded by veterans of the AAA video game development, has partnered with Concept Art House (CAH), a leading publisher for some of the world’s most recognizable NFTs and video game art to create an NFT collection with powerful in-game utility for Life Beyond.  Named DRAP (D.E.E.P. Robot Autonomous Pet), the unique NFT will provide exclusive owner benefits inside and outside of the game.

“This collaboration is another testament to our dedication to pioneering AAA gaming on Web3. Long before the Web 3 era, Concept Art House has been a reference in the creation of outstanding artworks for the games industry and was among the first ones to craft high quality NFTs, both from a visual standpoint and utility design. We cannot wait for the more than 1M NFT owners who participated in our first airdrop to see the amazing NFT collection Concept Art House is creating for them as well as new players wanting to explore Life Beyond,” said Benjamin Charbit, Co-Founder and CEO of Darewise Entertainment.

“It’s truly astonishing how rapidly NFTs have been immersed into the gaming and Web 3 experience and what Darewise is creating with Life Beyond is going to propel this interactivity to a whole new level,” said James Zhang, CEO of Concept Art House.

Life Beyond is one of the first true AAA video games powered by the potent mix of Unreal Engine 5 and web3 technology. An Open Alpha is set for early Summer 2022.  In Life Beyond, players will experience a fast-paced and ever-evolving modern persistent free-to-play massively multiplayer game set on an alien world. They will be tasked with exploring a strange new world, battling antagonistic forces all while having to create and foster a new society in which social behaviors and technology will determine success.

Life Beyond‘s guiding principles are fast and exciting gameplay, true ownership of digital assets, a player-driven social in-game economy, and decentralized governance. The game’s mission is to empower players to make decisions both on an individual level via their own play choices as well as collectively by making critical decisions on the future direction of the game. Society will evolve according to the choices, user generated creations, and the behaviors of its players.

The D.E.E.P. Robot Autonomous Pet is a mix of a PFP (profile pic) and an in-game pet project. Each DRAP will be unique, featuring different traits with varying rarity levels. In Life Beyond, a DRAP will perform certain actions for its owner. However, keep in mind that there is only a limited amount of DRAPs that the D.E.E.P. Agency was able to bring with them during their first trip to Dolos (the alien planet in Life Beyond).

DRAP NFTs will come with out-of-game utility, such as providing holders with a mintpass for public sales of Land, special airdrops, and access to community events. More details including availability will be announced soon.

For more information, please visit Life Beyond or @LifeBeyond on Twitter or join the Discord.

Since 2007, Concept Art House (CAH) has provided art for some of the most popular and successful companies in the world. CAH has shipped over 1000 games and collectibles with the most influential brands in gaming, and entertainment providing digital assets/ NFTs that have reached top rankings in iTunes, Google Play, Steam, OpenSea, and console marketplaces. With deep roots in the blockchain industry, CAH has been able to pair its world-class art with some of the most comprehensive strategies to facilitate the growth of brands in the Web3 industry. CAH brings a team of world-class art directors, dedicated producers, and talented artists with decades of expertise in digital entertainment, technology, and creative services to our partners, whether they are entering or building in the Web3 space. CAH is proud of its successful track record working on gaming franchises such as Call of Duty Mobile, Fortnite, Game of Thrones: Conquest, Hearthstone, League of Legends, Magic: The Gathering, Marvel Contest of Champions, NBA 2K series, ROBLOX, PUBG and many more. CAH is headquartered in San Francisco with offices in Shanghai and Chengdu. Visit us at www.conceptarthouse.com

Fri Jun 10 , 2022
Music supervisors have proven to be an indispensable part of visual media, soundtracking movies, television series, video games and all manner of content. Yet the thousands-strong community has no representation as a collective beyond the 12-year-old Guild of Music Supervisors (GMS), and now music supervisors across film and TV are […] 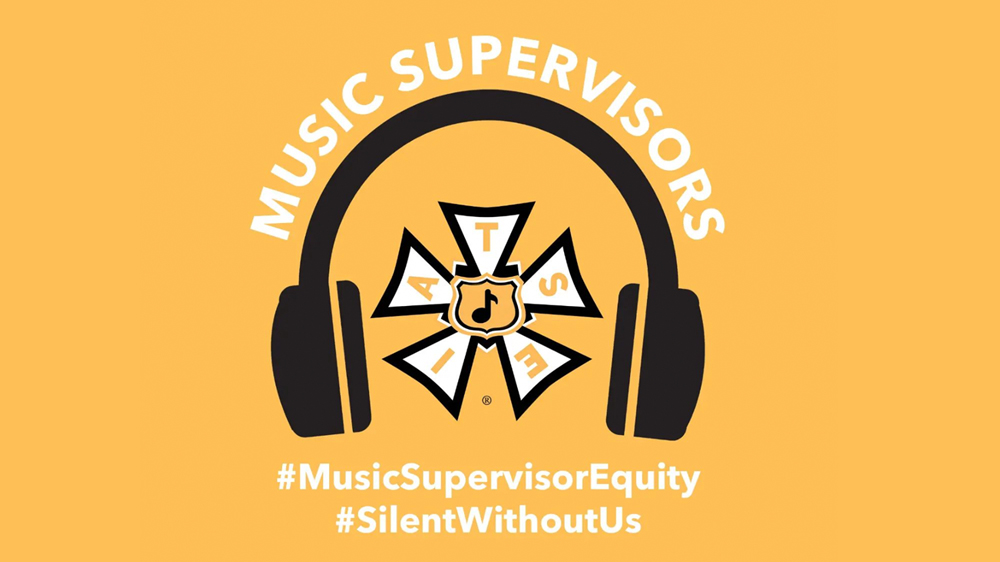