It’s here the longtime artist paints divine images for herself and clients, and teaches others how to paint in the paubha (poe-bah) genre, the traditional painting of Nepal, a Sanskrit word that translates to the divine in flat form.

On her drawing board rests her latest commission — an intricate, half-painted work of Vajrapani, a bodhisattva, or enlightened being, who decided to be reborn to help others achieve enlightenment, and Siddhartha, the historical Buddha. The piece was commissioned by Beach’s friend and student whose husband died. After his death, a monk told the widow which divine beings to paint for her husband’s next lifetime.

“This is a blessing for purifying karma,” said Beach about the painting. She opened Himalayan Art School in 2018 after returning from Nepal in 2017, where she studied paubha for three years under master artist Lok Chitraker. Find her online at himalayanartschool.com.

Paubha is to be used as a meditation map, with each component unlocking a part of your neural pathways. The images are used as visual aids for visualization meditations in the Vajrayana Buddhist tradition, and can provide insights into our conscious experience. Each painting has a different objective and employs different images. For example, the female deity Tara is used for compassion, Vajrapani for action, Manjusri for wisdom.

“Let’s say someone has a lot of post-traumatic stress disorder,” Beach said. “The monk would tell that person to practice visualizing Green Tara because she is the mother of all Buddhas. You’re unlocking that universal, motherly realm so your neural pathway for compassion is opened up. It’s about channeling the energy from whatever divine being.”

“It’s nice in the sense that you have known subject material and style, and then you bring your own interests and tastes and abilities,” Meinig said. “It’s a form of relaxing meditation. It’s very much like Bob Ross, that kind of feeling. I’m not an artist, but it’s always new and experimental.”

The traditional religious painting, created by the Newar, the indigenous people of Nepal, can be read like a text, if somebody is familiar with its symbols, images and philosophy. There are several ways the art can be used. For some, paubha is purely something they collect and hang on the walls. Others use it as a ritual object, which is preceded by an eye-opening ceremony performed by monks. Mantras (repeated words or sounds used in meditation) are drawn on the back of the painting, and the eyes of the figures in the painting are consecrated.

1:58+5
The unlikely story of how ‘Colorado-style’ pizza was born | Craving Colorado

“I always finish the pupils last because then it’s considered to be alive after that,” Beach said.

After the initial ceremony, Buddhist practitioners will use the painting in a daily ceremony. They appeal to the five senses like the painting is a living being. Water and food are left in front of the work, as well as something to touch, such as flowers. They light a fire, or candle, and then incense to awaken the sense of smell, and then bathe the deity by dusting the painting or imitating washing it. Mantras are spoken, and tikka powder is placed on the practitioner’s third eye, the space between the two eyes, and on the third eye of the deity in the painting.

“Part of the reason painting is so useful in the Himalayan region is you can roll it up and put it in your pack to walk across the Himalayas, rather than carry a statue with you for your ritual practice,” Beach said.

Beach, a Colorado native who grew up in Fort Garland, found Buddhism at a young age, and used it to help her through some rough years. At 19, while studying art at the University of Colorado in Boulder, she came across a booklet by the Dalai Lama about the religion’s four noble truths. Inspired, she quit school and jetted off to Nepal and India, eventually returning to finish her bachelor’s in 2009.

Post-graduation, she worked odd jobs to save enough money to return to Nepal, with the hopes of studying Vajrayana painting with a teacher. She met Chitraker and persuaded him to take her on as an apprentice. Later, he opened a paubha vocational program, and asked Beach to teach. And when she returned to the Springs, he encouraged her to open a school here.

“He taught a couple of times in the states, and expressed how people really need that kind of experience of meditation and healing,” Beach said. “He believes the divine images want to be spread.”

Beach has taught more than a dozen students at Manitou Art Center in Manitou Springs and her home studio, exhibited her work at MAC, and recently finished a large painting at the Tibetan Meditation Center in the Springs.

COVID-19 hit her livelihood hard, though, and she had to shut down her in-person teachings, though she still teaches a few people virtually. She’s also pursuing a master’s of social work with the intention of adding art therapy to her courses, once they begin again.

“It adds to the vitality of Colorado Springs to have people who have that background and teach and share and exhibit their work,” Meinig said. “She’s definitely a niche probably nobody else has filled.”

For Beach, the art is a form of meditation, easier for her than the typical seated meditation, though painting has made the latter more doable. It helps her be present.

“There’s certain moments in painting when it’s just dots, and you build and build,” she said. “You have a lot of time to become familiar with your patterns and your habits. It gives moments where you can begin to watch yourself in your patterns, rather than being stuck and blind in the forest.”

It also provides a welcome escape from the ego-filled Western art world, she said. It’s helped her manage her own critical inner voice, and in so doing, has motivated her to help others who might be dealing with similar thought patterns.

“When people tend to overcriticize themselves or have this internal dialogue, it can really be harmful,” she said. “This form of art is completely egoless because the images are not yours. My duty is to use the art as a mirror, to be able to correct and grow self love so that you can also spread compassion to others. If you can love yourself, you can also pass that on.”

Tue Feb 22 , 2022
His mother confirmed Monday that her “beautiful” and “inspirational” son died on Sunday morning from a “sudden illness.” Brenda Edwards, who is a panelist on British TV talk show “Loose Women,” paid an emotional tribute to her son in a statement shared on the show’s social media accounts, saying she […] 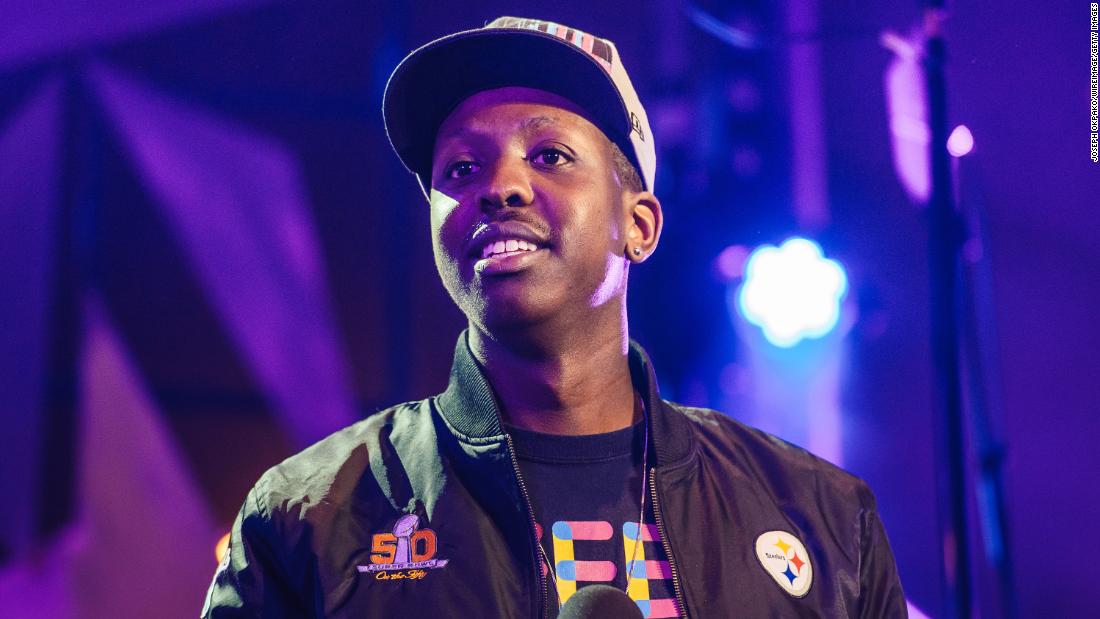