This weekend, Netflix is adding a sci-fi mystery TV series, a sports comedy, a TV series based on a podcast, and a miniseries with a long name.

This weekend, Netflix is bringing a Scandinavian TV series, a TV series based on a podcast, a sports comedy movie, and a dark comedy miniseries. As the coronavirus pandemic continues, cinemas in most parts of the world continue to be open and working, and streaming services are still an important source of entertainment for many, for different reasons. In Netflix’s case, the platform keeps making sure that it has content from different genres and for all ages so its subscribers always find something to watch, and continues adding new licensed and original content every week.

Last weekend saw the arrival of the romantic drama After We Fell, the thriller American Boogeywoman, and Nickelodeon’s comedy TV series That Girl Lay Lay, along with the romance movie The Royal Treatment, the British drama movie Munich – The Edge of War, and part 1 of the final season of Ozark. Surprisingly, Netflix won’t add new licensed content this week, so all eyes will go straight to its original content, which brings a bit of everything for everyone to enjoy.

Related: Netflix Is Ruining Its Shared Rom-Com Universe Before It Even Begins

On the original content front, Netflix will welcome a Scandinavian sci-fi TV series, a TV series based on Jonathan Van Ness’ podcast, a sports comedy starring Kevin James, and a dark comedy thriller miniseries with a very, very long name. Here are the best movies and TV shows coming to Netflix this weekend – January 28.

Chosen is a Scandinavian sci-fi mystery TV series. Emma has always felt different from anyone else in Middelbo, a small Danish town that became world-famous when it was said that a meteor entered the atmosphere and crashed into it 17 years earlier. Now, Middelbo is no longer what it has been, and the question is whether it has ever been what it pretends to be at all. When Emma accidentally discovers that the whole story of the meteor is a lie, a dangerous and improbable truth about the sleepy town reveals itself – something that is far more perilous and incredible than she could have ever imagined.

Getting Curious with Jonathan Van Ness

Queer Eye’s Jonathan Van Ness has arrived with a TV series based on his podcast. Getting Curious with Jonathan Van Ness is an unabashedly smart and quirky exploration into topics and questions that make Jonathan curious. From skyscrapers to bugs, or from gender identity to snacks, each episode follows Jonathan as he meets with experts in various fields to uncover complexities in a wide range of subjects.

Home Team is a sports comedy directed by Charles and Daniel Kinnane. Three years after the New Orleans Saints win Super Bowl XLIV, head coach Sean Payton (Kevin James) is suspended from the NFL for one year due to his involvement in the Bountygate scandal. Sean later returns to his hometown and reconnects with his 12-year-old son by coaching his Pop Warner football team. Also starring are Taylor Lautner, Rob Schneider, and Jackie Sandler.

The Woman in the House Across the Street From the Girl in the Window is a dark comedy thriller miniseries created by Rachel Ramras, Hugh Davidson, and Larry Dorf. For heartbroken Anna (Kristen Bell), every day is the same: she sits with her wine, staring out the window, watching life go by without her. When a handsome neighbor (Tom Riley) and his adorable daughter (Samsara Yett) move in across the street, Anna starts to see a light at the end of the tunnel until she witnesses a gruesome murder… Or did she?

Next: Squid Game “Universe” Could Be A Bigger Risk Than Netflix Realizes

An amazing crime drama is among the movies on TV tonight

Mon Jan 31 , 2022
The movie stars Kevin Costner, Robert De Niro and Sean Connery. It’s Saturday. Saturdays are typically a good day in terms of the amount and quality of movies airing on TV. Today is no exception so why not chill out with one of these fine films later. The Untouchables – […] 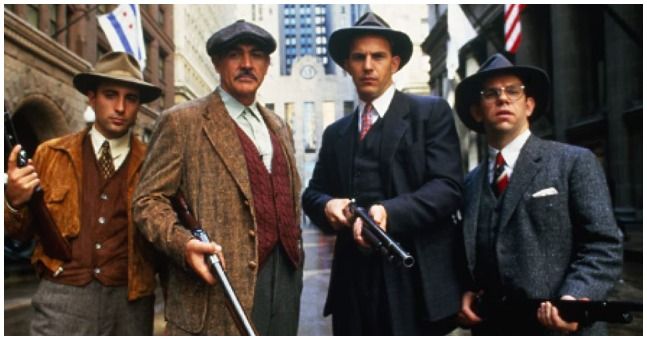