While Netflix’s impressively extensive library of movies and television is virtually unmatched, the digital platform has especially gone above and beyond this week with a new set of original programming. In addition to its top-tier original movies, boasting all-star casts and filmmakers at the helm, Netflix has unveiled a fresh set of television series as March 2022 hits its halfway point. Among these are a hit new adult animated series and a pair of vastly different reality shows, each entertaining in their own way.

Here are all the best TV shows and movies to stream on Netflix this weekend, whether you’re looking for a new true crime documentary miniseries to binge over the course of a day or a movie to curl up with and stay warm during these final days of winter.

With as insular and zealous as the gastronomic world can get at times, it’s a wonder that there haven’t been more high-profile true crime documentaries within the industry. The new miniseries Bad Vegan: Fame. Fraud. Fugitives. explores the real-world case of controversial restauranteur Sarma Melngailis. After opening New York City’s first upscale vegan raw food restaurant, Good Food and Wine, in 2004, Melngailis made a splash in the restaurant scene before things went south.

Directed by Tiger King executive producer Chris Smith, Bad Vegan follows the rise and fall of Melngailis, bolstered by present-day interviews with Melngailis herself years after her eventual fraud conviction. As the series follows just how zealous Melngailis became in extolling the virtues of vegan and raw food cuisine, culpability shifts to Melngailis’ husband Anthony Strangis, who also went by the name Shane Fox. If Tiger King offered a true crime look at the blue-collar, American heartland, Bad Vegan explores immoral corners of one of its most affluent cities.

RELATED: Every Marvel Parallel in Netflix’s The Adam Project

The popular animated series Big Mouth gets its own spinoff series focused on the Hormone Monsters that appeared throughout the acclaimed main series. Titled Human Resources, the new show serves as a workplace comedy that follows the fantasy creatures at their office in between helping teenagers sort through the emotional rollercoaster of puberty. And judging by trailers for the show, it is poised to go even bigger and bolder than its predecessor.

Human Resources boasts an all-star voice cast, including several actors from Big Mouth returning to reprise their fan-favorite roles. Joining is an equally impressive set of guest stars, from Lupita Nyong’o as a shame wizard to Hugh Jackman as a multi-pronged addiction angel as their daily gigs involve different aspects of the human experience. Human Resources doubles down on the more incredible elements of Big Mouth and is poised to perfectly help audiences wait for the eventual Big Mouth Season 6.

RELATED: How Netflix’s Inventing Anna Differs From the Real Story

Is It Cake? Blends the Popular Meme with Baking Show Stakes

With reality cooking programming like The Great British Baking Show continuing to make waves worldwide, the latest series to follow this trend capitalizes on a recent meme for the cooking show Is It Cake?. In the wake of common objects serving as the inspiration behind elaborately designed cakes, Is It Cake? tasks contestants with baking and decorating cakes disguised as a variety of objects. These cakes range in design from sewing machines to rubber duckies and everything in between.

Hosted by Saturday Night Live writer and cast member Mikey Day, Is It Cake? is poised to bring more madcap energy than the usual baking competition show. Though the meme itself may have diminished since its heyday in 2020 as people at home were baffled by hyperrealistic cakes, Is It Cake? is ready to make a resurgence of sorts. And at the end of the day, there is something surreally satisfying about seeing a chessboard revealed to be a delicious devil’s food cake in disguise.

RELATED: The Adam Project’s ‘Lightsaber’ Is Even Cooler Than Star Wars’

Fan-favorite filmmaker Charlie McDowell has assembled an all-star cast for the new thriller film Windfall, starring Lily Collins, Jason Segel and Jesse Plemons. Segel, who co-wrote the screenplay, stars as a thief who decides to rob a scenic home belonging to a tech billionaire. This low-key heist is abruptly interrupted, however, as the billionaire and his wife decide to spend an impromptu getaway at their vacation home.

Co-writing this home invasion story is Andrew Kevin Walker, who previously scripted the acclaimed 1995 thriller Seven. Windfall looks to be a change of pace in particular for Segel, showing just how menacing a performance he can deliver as the nameless thief. And with Plemons and Collins portraying the happy couple whose getaway has quickly transformed into a nightmare, the impressive cast is set to craft a taut tale to remember.

After starring in last year’s acclaimed horror movie Lamb, award-winning actor Noomi Rapace is back starring in the post-apocalyptic film Black Crab. The Swedish film follows six soldiers traversing a frozen wasteland to transport a mysterious payload that could end the devastating war they’ve dedicated their lives battling. Amidst this deadly mission, Rapace portrays a woman in this hardened ensemble trying to reunite with her long-lost daughter.

Black Crab marks the feature film directorial debut of Adam Berg, who has built up an impressive career of helming stylish music videos. In contrast, Black Crab takes advantage of the wintry Scandinavian landscape to create a harsh odyssey through a ravaged world with Rapace bringing its emotional heart. Following her recent horror turn, Rapace continues to take her immense talent in a fascinating new direction with a story of apocalyptic proportions.

Sat Mar 26 , 2022
Ulysses Jenkins’ work has long made prescient use of technology. A retrospective at the Hammer explores a singular career. (Christina House / Los Angeles Times) In 1981, artist Ulysses Jenkins was teaching at UC San Diego when the media faculty was asked to stage a demonstration for an open house. […] 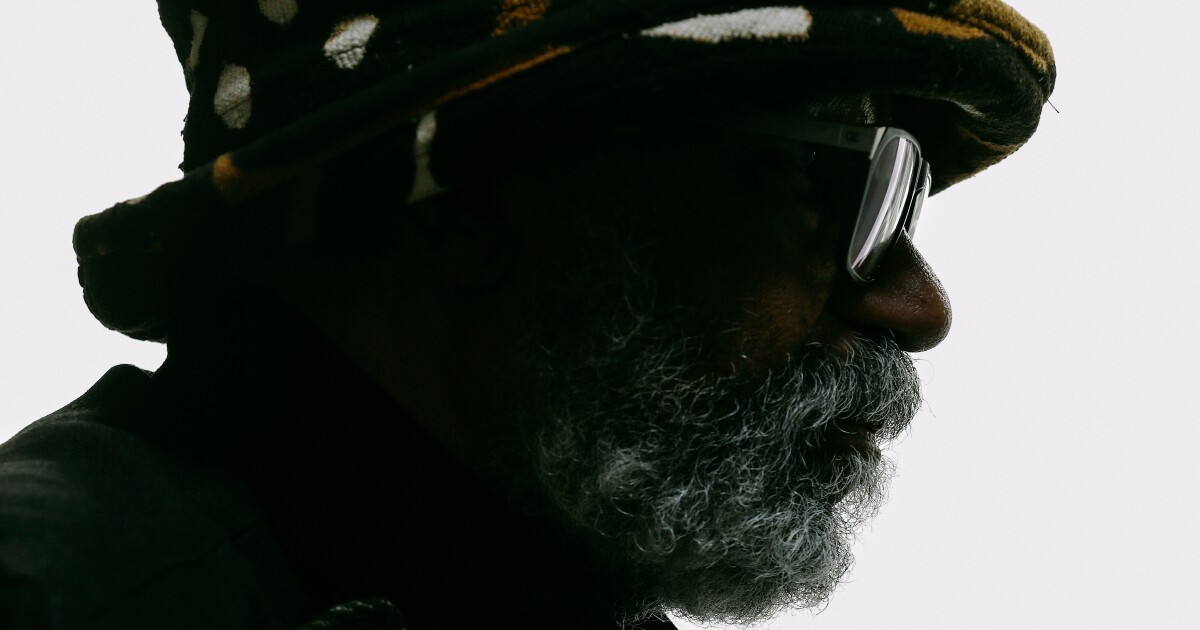