On most days, Rob Kempton guards the many beautiful works on display at the Baltimore Museum of Art — but this weekend, he’s curating them.
Kempton is one of 17 officers participating in “Guarding the Art,” an exhibition featuring 25 unique works selected by members of the BMA’s security team. The exhibit, open from March 27 to July 10, gives guests a glimpse into the world of art as seen by the guards who watch over it.

The idea for the exhibit came from Amy Elias, one of the museum’s trustees. A conversation with a friend led her to consider “how the guards spend more time with art than anyone else,” she told CNN. “And so I went home at night and I thought, well, wouldn’t it be interesting to hear from the guards about what pieces of work they find most meaningful?”

The exhibition will be open from March to July of 2022. Credit: Mitro Hood/The Baltimore Museum of Art

Kempton, who joined the BMA’s security team in 2016 jumped at the opportunity to participate. “I had never been a security guard before,” he told CNN. “But working at the BMA, being surrounded by art, was something that struck me as important.”

In fact, his love of art has “deepened” so much that he completed a degree in Museum Studies at Johns Hopkins University after joining the museum.

“Guarding the Art” presented an opportunity to both hone skills he had developed in his studies and “learn real hands-on experience in the gallery,” he said.

The exhibit provides a fun and interesting perspective into the art world, but it’s also very serious.

Participating guards engaged in a two-year process to select works, design the installation, create content for a catalog and other materials, and plan visitor tours and other public programs.

“What’s most interesting is that, (through) the pieces of art that are selected, you learn about the guards and why they collect them, through the stories they tell that are attached to each piece,” Elias said.

Kempton chose two abstract paintings to include in the show: Grace Hartigan’s Interior, “The Creeks” (1957) and Alma Thomas’s Evening Glow (1972).

“I just love how it’s such a confrontational painting,” he said of Hartigan’s piece. “It’s so large, I feel dwarfed by it when I look at it often.” Kempton finds himself drawn to “the rich, opaque colors. Really intense and improvisational palette knife scraping,” he said.

Alternately, “Evening Glow is a painting that I knew well from working here,” he said. “And it was always a painting that I could return to and, and engage in.” Kempton added that he wanted to highlight Alma Thomas, an “underrecognized, under-acknowledged artist.”

Kempton often looks for opportunities to engage with visitors over the artwork. “I’ve always thought that these are the best moments to create conversation among visitors, where we can have a commonality already,” he said.

“I hope that visitors come away from this with a new experience, and that they’re sort of challenged and inspired by seeing such disparate objects in conversation with each other,” he added.

Asma Naeem, BMA’s chief curator, says “Guarding the Art” is part of the museum’s efforts to challenge the status quo and highlight underrepresented voices in the museum world.

Inviting guards to curate an exhibition “is a simple idea,” Naeem told CNN. “But it’s asking some very profound questions about who is art for? Who are museums for? Who gets to talk about the arts? Who holds the knowledge? Are there other kinds of people who have knowledge about art that we want to be hearing from? And the answer is: Yes, absolutely.”

Naeem said the works showcased in the exhibit cover a variety of themes, including the Black Lives Matter movement, the Covid-19 pandemic, and guards’ own relationships with their jobs. Security guard and guest curator Alex Lei, for instance, chose Winslow Homer’s painting Waiting for an Answer (1872), a reflection on the large stretches of waiting involved in his daily work.

Involving security guards in curation is “something that every museum can do,” said Elias. “And, you know, I think it would be interesting for lots of other museums to be doing this.”

7 Bay Area arts and entertainment events to check out this week, March 21-27 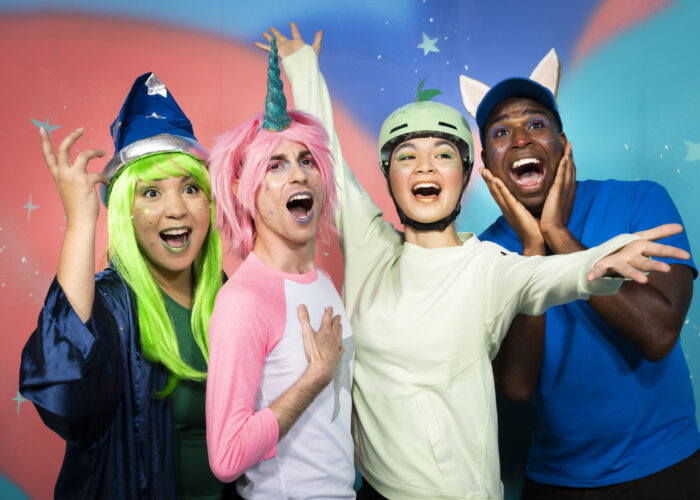