We’ve traded our winter coats for spring coats, put our snow shovels away, though not too far away in case a spring snow surprise awaits us. Otherwise, we’re moving into warmer weather and the out-and-about-ness the thaw inspires.

Not everything we do “out,” however, needs to be outside. In the month before summer-concert season starts to peek its head out of its hibernation cave, Vermont has all sorts of indoor arts-and-entertainment events to welcome us this April. And with the intensity of COVID-19 moderating for now (and hopefully forever) and some venues loosening masking and vaccination requirements to enter, getting “out” is easier than it’s been in months.

Here are some of the events enticing us to go out, and come in, this April:

Through April 24, an exhibit that opened March 20, “Cartoons and Comic Art” by members of the Vermont Comic Creators Group and featuring items from the antique cartoon collection of Robert Brunelle, continues at the Emile A Gruppe Gallery, Jericho. Free. www.emilegruppegallery.com

In Jericho:High school actors return to the stage with COVID ‘what ifs?’ on top of usual jitters

‘Life in the Valley’ by Hannah Sessions

7 p.m. Friday, April 1, Canadian traditional-music duo The Bombadils performs, Chandler Center for the Arts, Randolph. $10-$50. www.chandler-arts.org. Sarah Frank and Luke Fraser are back in Vermont at 4 p.m. Sunday, April 3, in a show presented by Valley Stage at the Richmond Congregational Church. $22 in advance, $25 day of show. www.valleystage.net

Lewis Franco and the Missing Cats

Jukebox the Ghost at Higher Ground

Screaming Females at The Monkey House

8 p.m. Saturday, April 9, the Dude of Life Band, led by Phish collaborator Steve Pollak, returns to the scene of Phish’s formative performances for a show at Nectar’s, Burlington. $17.50 in advance, $22 day of show. www.liveatnectars.com

Doyle of The Misfits

Amos Lee at the Flynn

Diana Krall back in Burlington

7 p.m. Tuesday, April 12, jazz pianist/vocalist Diana Krall is back in concert at the Flynn, Burlington. $70-$110. www.flynnvt.org

Singer-songwriter on the rise

The Man in Black is back

Visit from The Ghost of Paul Revere

4 and 7 p.m. Saturday, April 30, video production and classical music merge when the Visualizer Orchestra, featuring the Vermont Symphony Orchestra, play an early and a late show at the Double E, Essex. $10-$30. www.doubleevermont.com

Afro-pop/gospel double bill at the Flynn

7:30 p.m. Saturday, April 30, the long-popular Vermont musical assemblage Belizbeha plays one of its occasional reunion shows – this one delayed from the original date of Oct. 16 due to COVID-19 – with guests including the Grippo-Sommerville-Kirsch trio on horns and Craig Mitchell’s tribute to Prince known as Purple, Higher Ground Ballroom, South Burlington. $28 in advance, $32 day of show. www.highergroundmusic.com

Fri Apr 8 , 2022
Outspoken Oasis frontman Noel Gallagher doesn’t buy into the cult-like fan hype of Harry Styles. Gallagher, 54, blasted the former One Direction member, 28, in an interview with the Daily Star, calling him not a “real musician” and deeming his music “worthless.” The often-blunt guitarist gave his thoughts on singers […] 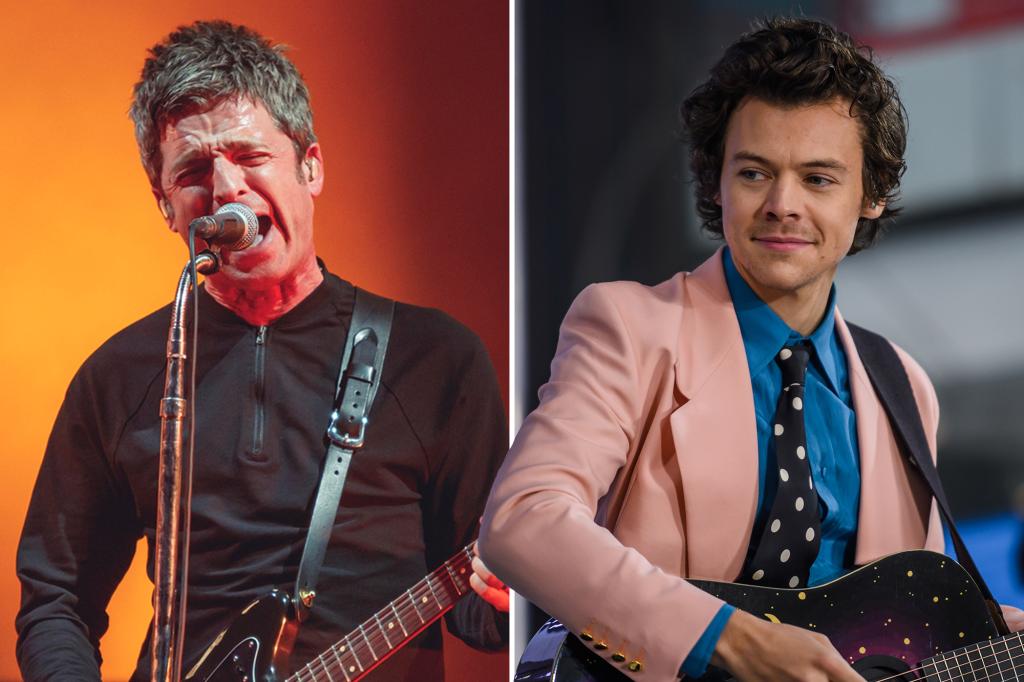