Before he was a rebellious New York City street artist ducking in and out of subway train cars to scribble graffiti, Keith Haring was a 19-year-old student in Pittsburgh attending technical school to appease his parents.

In 1977, a trip to the museum changed everything for the young artist unsure of his path.

Haring and his childhood best friend went to a solo show by Pierre Alechinsky, a Belgian avant-garde artist known for his bold, childlike paintings. In that moment, while taking in the 200 piece exhibition, Haring got the confirmation he needed. He ditched technical school, moved to New York City and became the artist he wanted to be.

Forty five years later, Haring and Alechinsky’s original works are on display together at NSU Art Museum Fort Lauderdale in “Confrontation: Keith Haring and Pierre Alechinsky,” an exhibit on view until October 2. The show, which includes four Haring pieces that have never been exhibited before, presents the artists’ works side by side for the first time.

The impact Alechinsky had on the young artist is clear. Both artists used bold lines, created cartoonish figures and ignored traditional art materials like canvas and oil paints. Alechinsky preferred paper. Haring liked to use tarp from the hardware store.

Though most people know Haring as an iconic, queer New York City artist and activist of the ‘80s, the exhibit’s curators wanted to explore another side to his story and the artistic legacy he was part of, said Bonnie Clearwater, the NSU Art Museum’s director and chief curator.

“No one really delved into this relationship,” she said. “There are works in here that have never been seen before that were from that watershed moment.”

One of those works is the first Haring painting that greets visitors as they walk toward the exhibit. It’s a sprawling abstract piece made on paper that drew inspiration from Jackson Pollock, Japanese calligraphy and (of course) Alechinsky. Footprints were left on the painting, a sign that Haring created it on the floor.

Deep vertical creases remain in the paper after it had been rolled up for about 45 years. It was finally unfurled, preserved and framed for the show, said Ariella Wolens, a museum curator who worked closely with both Alechinsky and Kermit Oswald, Haring’s childhood friend who is an artist in his own right.

“It really shows you the way that Keith was battling with his influences,” Wolens said of the painting.

‘To become an artist’

Clearwater said this show happened “with serendipity.” She had her television turned on to PBS when an old Haring interview caught her attention. He said Alechinsky, one of the founding members of the CoBrA art group, was his biggest influence as a student.

Not only is NSU Art Museum home to the largest collection of CoBrA art in the U.S., but Alechinsky’s work is “extremely well represented” in the museum’s collection, Clearwater said.

CoBrA, which stands for Copenhagen, Brussels and Amsterdam, was a post-World War II art group that was formed by a handful of artists from cities that were occupied by Nazis. In 1948, these artists, who were still processing the brutality and devastation they witnessed, met in Paris and decidedly rejected surrealism, the dominant avant-garde movement at the time. CoBrA artists criticized surrealism as too cerebral and self-focused.

“They wanted to do something that really goes back to childhood, play, spontaneity, collaboration,” Wolens explained. “These are the tenets of CoBrA.”

The following year, a young Alechinsky came across a CoBrA exhibition in Brussels. He was hooked and joined the group as its youngest member. CoBrA later disbanded in 1951, though the key themes of embracing childhood and community remained. Today, Alechinsky, 95, still creates art in France and is the only living CoBrA member.

“Pierre is the living legend who is really the essence of CoBrA,” Wolens said.

All but one Alechinsky piece featured in “Confrontation” is from NSU’s extensive CoBrA collection. Alechinsky helped select the artworks and wrote a testimonial that is featured toward the end of the exhibit. In it, he wrote that he was surprised to learn that Haring’s visit to his solo show was “the reason for a life choice: to become an artist.”

The museum borrowed Haring’s works from several museums and private collections. Oswald lent several pieces to the exhibit, including early Haring works that have never been shown to the public before. For Oswald, a person so private he described himself as the “opposite of Facebook,” sharing these pieces for the first time feels deeply special.

“Making something public for the first time when it’s been, in a sense, hidden away for 40-some years, there’s almost no words to describe it,” Oswald told the Herald.

One of those works on display for the first time is a square piece of plywood that Haring carved a figure into with a wood router. It “looks like a dirty piece of cardboard,” Oswald said. Though it may appear unassuming at first, that dingy piece of wood marks an important part of Haring’s artistic journey. It’s Oswald’s favorite part of the show.

In the early 1980s, Haring stopped by Oswald’s Brooklyn studio where he had been making woodcuts with a wood router. Haring picked up his router and said, “Let me show you something.” He proceeded to carve a little jumping man into the slab of plywood Oswald used as his work table. Oswald flipped the plywood over to get his work surface back but forgot about the drawing until years later. He eventually cut the drawing out of the plywood for safekeeping.

The wood router ended up being the perfect tool for Haring, who focused on making consistent, controlled lines in his work. The two friends went on to collaborate on a show that featured giant wooden totem poles and other wooden pieces at the Tony Shafrazi Gallery in New York. One of their favorite pieces from that show, a large black and orange head, is also on display in Fort Lauderdale.

That dirty piece of plywood “was the spark that lit that whole fire,” Oswald said.

Two sides of the same coin

Haring grew up in Kutztown, Pennsylvania, where he felt like the odd one out, Wolens said. He had always been an artist and grew up drawing Mickey Mouse and Sunday cartoons. Haring and Oswald loved art and devoured it any way they could. They’d get on buses to New York City to check out museums and art shows and pored over art history books.

But Haring wasn’t making the traditional type of art that required oils, canvas and intense technique. He was making art like Alechinsky, he just didn’t know it yet.

“He sees what Pierre is doing, but Pierre’s taking it to the next level,” Wolens said.

The exhibit goes on to discuss how Haring met Alechinsky to learn an art technique, how Haring created art in response to major news at the time, like the Falklands War or Chernobyl disaster, and how he made a name for himself in New York’s subway system. The show features his famous chalk on paper drawings of dolphins, barking dogs and UFOs.

Haring and Alechinsky were two sides of the same coin. They both embraced spontaneity, made animalistic self portraits, drew on top of existing documents and explored themes of mortality.

Haring was diagnosed with AIDS in 1988, a death sentence at the time. That same year, he made Apocalypse, a series of ten silkscreens that combined religious iconography and classical artwork with images of computers, devil-horned sperm and catastrophe. Haring continued to create art until his death in 1990. NSU Art Museum bought the Apocalypse series to commemorate the show.

The show is a full-circle moment, or a series of full-circle moments, that leaves visitors with a new understanding of an artist they thought they knew and an appreciation for a European pioneer they may have never heard of. Alechinsky wanted to call the show “Confrontation” because it directly translates to “showdown” in French, Wolens explained.

Though Haring became an artist decades after CoBrA disbanded, his work was part of the group’s legacy and continued its tradition of collaboration and play. For Oswald, part of Haring’s legacy is the ability to communicate through art.

“That’s why people go to museums if you’re really doing it right. It’s not just a walk in the park. You’re going there to get educated, to get inspired, to get energy,” he said. “You walk away, like Keith did, and you make that big drawing. You do something about it.”

He added: “I think the world’s a better place when it happens.”

This story was produced with financial support from The Pérez Family Foundation, in partnership with Journalism Funding Partners, as part of an independent journalism fellowship program. The Miami Herald maintains full editorial control of this work. 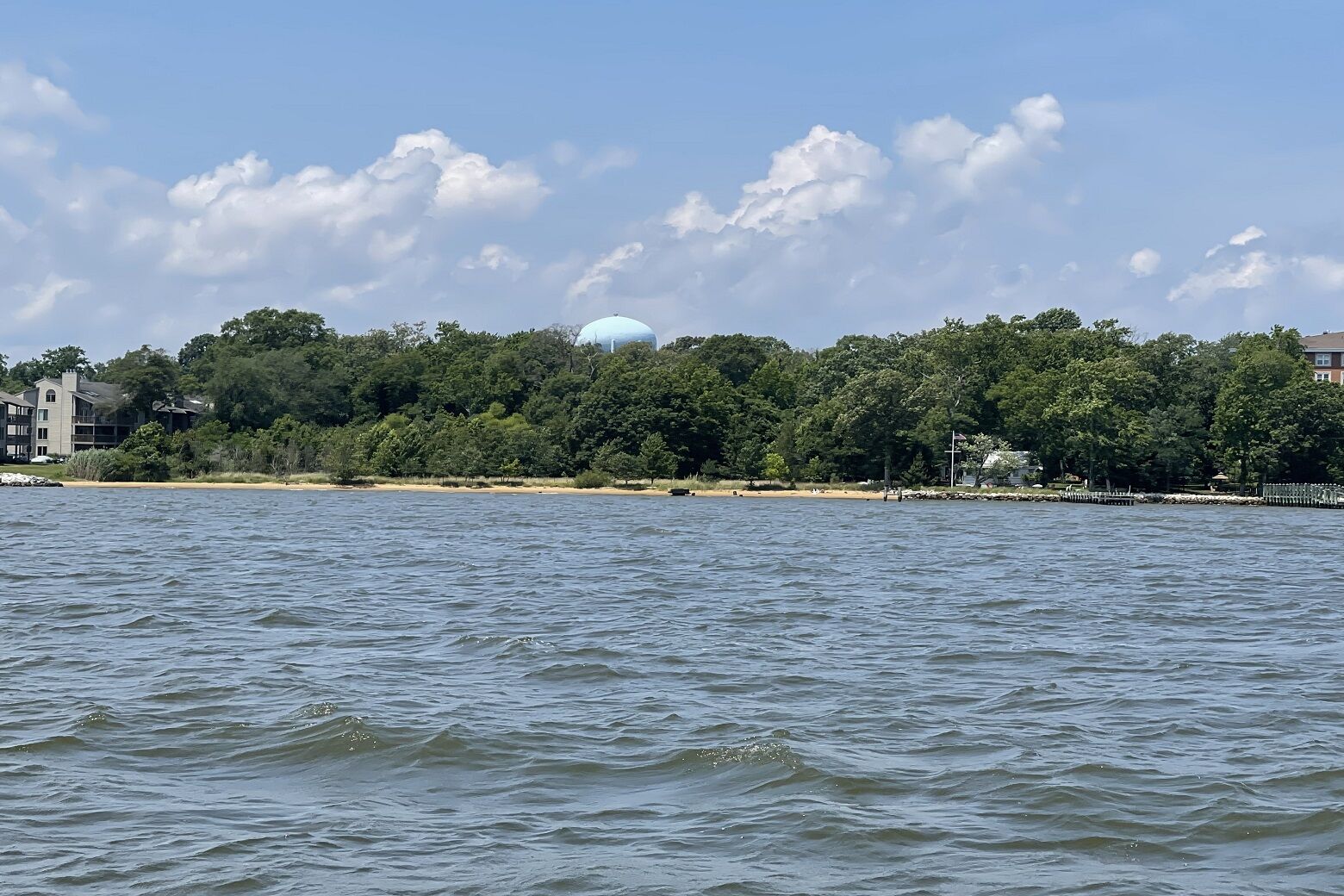