Art Industry News is a daily digest of the most consequential developments coming out of the art world and art market. Here’s what you need to know this Tuesday, May 31.

Art Historian Samella Lewis Dies at 98 – The influential artist, curator, and historian, whose books include Black Artists on Art (1969) and Art: African American (1978), shaped American art history, inspired legions of Black curators and historians, and had a guiding hand in the way Black art is studied today. Lewis died on Friday, according to the Museum of African American Art in Los Angeles, which she founded in 1975. (ARTnews)

Arts Leaders Condemn Ouster of Polish Museum Director – Guggenheim director Richard Armstrong, MoMA director Glenn Lowry, and Tate director Maria Balshaw are among the top museum leaders who have written to condemn the dismissal of Jarosław Suchan, the former director of the Muzeum Sztuki in Lodz, Poland. The decision not to renew Suchan’s contract at the end of April represents the latest in a series of high-profile museum departures imposed by the country’s right-wing government. (The Art Newspaper)

Curator Says She Hasn’t Been Paid for Anna Delvey’s Art Show – Perhaps it’s wise to think twice before getting into business with a convicted scammer. A California-based artist and grad student Julia Morrison has accused Anna Sorokin (better known as Anna Delvey) of stiffing her $8,000 in printing, scanning, and framing costs associated with the “Free Anna” group show held in March. Morrison’s co-curator, Alfredo Martinez, says Morrison will be reimbursed in due time; a spokesperson for Delvey says the curator’s claims are unjustified. (New York Post)

Van Ham Auctions Withdraws Lots Over Provenance Issues – The Cologne auction house has pulled nine lots from the modern section of its June 1 sale after police alleged that the objects, including several attributed to Russian avant-garde artists, might be forgeries. Six were said to come from the collection of Gerhard Cromme, the former chair of the Siemens supervisory board. (FAZ)

Theaster Gates Plans New Tar Works for the Serpentine Pavilion – The American artist has created a series of new “tar paintings” for his Serpentine Pavilion, “Black Chapel,” which will be unveiled this summer in London. Gates constructed the seven panels using roofing techniques in homage to his father’s work as a roofer. (Press release)

Russian Fabergé Treasures Held in the U.K. – Precious objects loaned by Russian owners to the recent Victoria & Albert Museum exhibition “Fabergé in London” are being held in the U.K. capital in light of ongoing sanctions over Russia’s invasion of Ukraine. The fate of the objects—including two pieces acquired by sanctioned oligarch Viktor Vekselberg—is up in the air following the show’s closure on May 8. (The Art Newspaper)

Stonehenge Is Now a Queen Elizabeth Tribute – Eight portraits of Queen Elizabeth II from different eras during her reign have been projected onto Stonehenge as part of the celebration of the Platinum Jubilee this weekend, and people can’t stop making fun of it on social media. Some have also expressed disgust, calling the display disrespectful to the heritage site and its Pagan ancestors. (The Cut)

Fri Jun 10 , 2022
The catalyzing event in Peacock’s new Queer as Folk is a horrific act of violence. Midway through the first episode, an unnamed shooter enters a New Orleans gay club called Babylon and opens fire on the crowd of partiers. Most of our main characters are among them, and for the […] 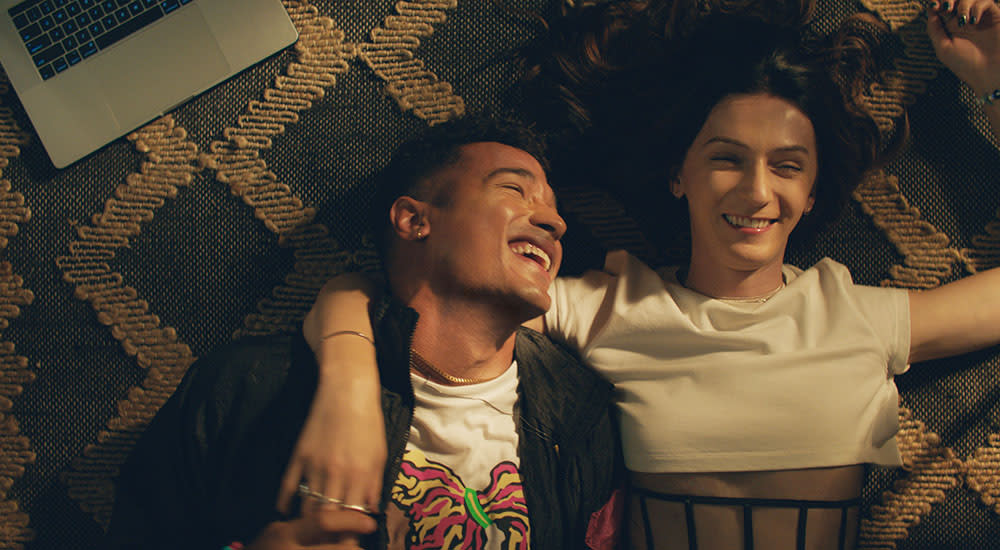