Art Industry News is a daily digest of the most consequential developments coming out of the art world and art market. Here’s what you need to know this Monday, May 9.

Seattle Art Museum Guards Join the Union Wave – Security guards at Seattle Art Museum are pushing to form a union, calling for higher wages, more influence over scheduling, and the end of pandemic cuts to their retirement plans. Some 65 full- and part-time employees will cast their votes before May 31. “I want people to pay attention to the hypocrisy and the disconnect between the art we show and the way workers are treated,” security guard Jil Anderson said. (Crosscut)

Russians Are Selling (Possibly Fake) Art to Fund the War – A Russian website called Art for Victory is selling NFTs and art to raise money for Russian war efforts. The works on offer include a 1909 painting purportedly by Kandinsky with an estimate of €8 million to €10 million ($8.4 million–$10.5 million). It carries a certificate of authenticity from the Tretyakov Gallery, though there are reasons to doubt its authenticity: it is not included in the catalogue raisonné, and in 2008, some 96 fake paintings were identified with certificates issued by the museum. (The Art Newspaper)

Yale to Return Sculpture to Nepal – The Yale University Art Gallery is set to send a sculpture of a Buddhist goddess acquired in 2015 back to Nepal, the latest in a wave of restitutions of Nepali artifacts. The sculpture of the deity Tara from the Vir Bhadreshwar Mahadev Temple in Bhaktapur dates back to the late 9th or early 10th century C.E. (ARTnews)

Marfa Added to National Register of Historic Places – The Central Marfa Historic District—which houses 183 buildings, including 11 repurposed by Donald Judd between 1973 and 1994—has been added to the National Register of Historic Places. The designation will enable the Chinati Foundation and the Judd Foundation, both set up to preserve the artist’s legacy, to apply for federal tax credits. (Artforum)

David Kordansky on Opening in New York – The L.A.-based dealer opened a 5,000-square-foot gallery in New York’s Chelsea district with a solo show of artist Lauren Halsey last week. The business is growing in other ways, too, with recent additions to its artist roster and an expansion of its secondary market department. (ARTnews)

Public-Health Policies Make Fair Attendance Hard for Mothers – Mothers and their unvaccinated children under the age of five are said to have been denied entry to the Independent art fair in New York. The fair states that all attendees above the age of five are required to show proof of vaccination upon entry, but there’s no mention of how to address children who cannot yet be vaccinated. (TAN)

Gallery Weekend Beijing Postponed – The nine-day event, originally scheduled to kick off on May 31, has been postponed until further notice as China’s capital city steps up its pandemic protections. The move came after China reiterated its adherence to its zero-Covid policy, which has put Shanghai and many other cities under strict lockdown for weeks. (Press release)

How a Racist Statue From Iceland Ended Up on a Rocket Ship – A controversial statue stolen from its home in Iceland has turned up inside a rocket ship outside Reykjavik’s Living Art Museum courtesy of artists Bryndís Björnsdóttir and Steinunn Gunnlaugsdóttir. The work, called The First White Mother in America, was created in 1938 for New York’s World Fair to promote national identity; the pair placed it inside the ship as a symbolic intervention to launch the statue into space. (Hyperallergic)

Sophisticated artifacts of a long-gone Middle American civilization, at the Dallas Museum of Art

Tue May 10 , 2022
Most of us are at least vaguely aware of elaborate Aztec, Mayan and Incan civilizations predating — and tragically doomed by — European explorers. Far less known are bygone civilizations in the eastern half of what became the United States. One former center is just a four-hour drive northeast of […] 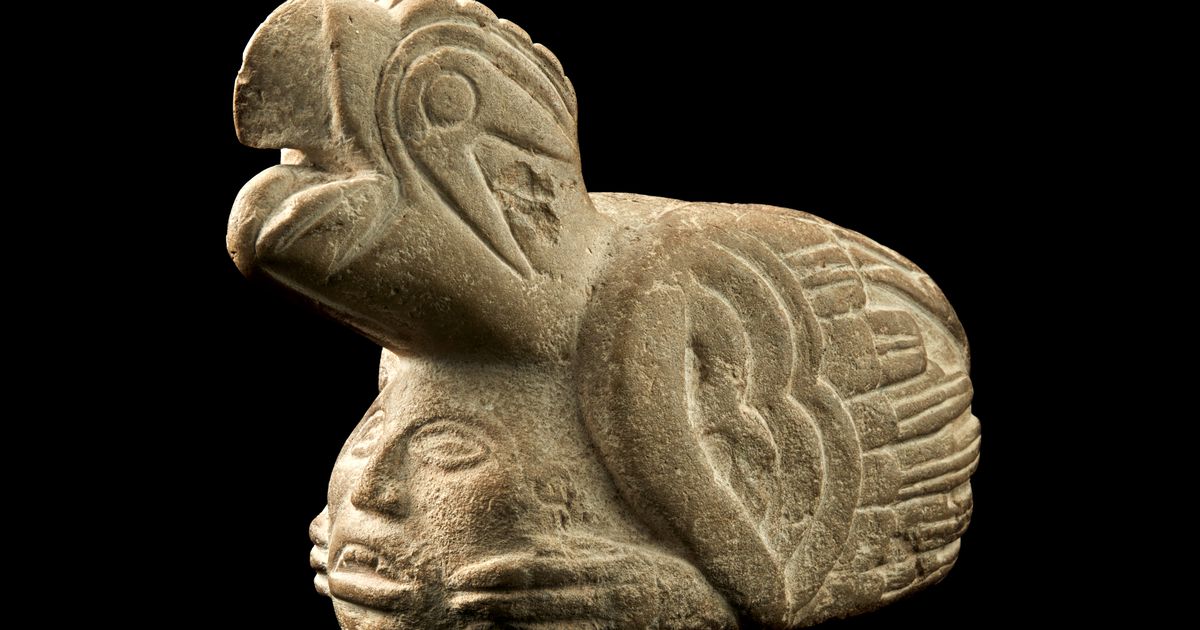