The crowd was noticeably thinner but the team behind this year’s Art Basel Hong Kong has still managed to pull off the fair despite all the obstacles caused by ongoing Covid restrictions. Thanks to the expansive use of technology and 5G internet connections, a hybrid model developed from last year’s edition has been taken to a new level, connecting collectors and buyers who aren’t able to attend the fair in person. And several galleries have reported satisfactory sales on the first two VIP days.

On the bright side, a softer international presence meant a stronger Hong Kong focus, with homegrown galleries and artists taking center stage. The Asian edition of the Swiss fair, now in its 10th year, has played an instrumental role in not only boosting the city’s status as a global art hub, but helping to the Hong Kong public’s attitude towards art. Art Basel now means a lot more than just a sales platform to Hong Kong and Asia.

Hong Kong musician and artist GayBird and his Art Basel debut Fidgety (in between up & down). Courtesy of the artist and Hanart TZ Gallery.

But doubts about the future of the fair, the local art market, and the city’s overall culture scene still linger, stoked by the seemingly never-ending restrictions of China’s “dynamic zero-Covid” policy, the city’s political turmoil, and an incoming administration to be led by an ex-security chief who is sanctioned by the U.S.

Swiss mega collector Uli Sigg, the main donor of M+ museum, who was among a handful of overseas collectors to return despite the quarantine, offered a piece of (perhaps ambiguous) insight on whether Hong Kong would able to hold onto its dynamic art scene and cultural cache.

“It depends on many factors. I hope Hong Kong can maintain the number one position in Asia. If they don’t make any mistakes, they can maintain that position,” Sigg noted, without elaborating who “they” were and what actions would constitute “mistakes.”

This edition has been more challenging “emotionally” than previous fairs, said Adeline Ooi, director Asia of Art Basel. The show was postponed from March to May due to the Omicron outbreak earlier this year. “The pandemic has been going on for too long. With everything that went on in Hong Kong, there was a time that it wasn’t sure if we were going to have a show,” Ooi told Artnet News.

“But as usual, Hong Kong pulls it together,” she added, emphasizing the region’s collaborative spirit that has made this year’s fair possible. As soon as the May show was confirmed, “phone calls started to come in” offering help and support, she said. “It is really encouraging.” A total of 130 galleries from 28 countries and regions are exhibiting at this year’s fair, held at the Hong Kong Convention and Exhibition Center, a significant increase from last year’s 104. Fifteen galleries are first-timers, including Galería Cayón from Madrid, Maia Contemporary from Mexico City, and Kendall Koppe from Glasgow, in addition to local players Lucie Chang Fine Arts and Mine Project. Art Basel has also offered 15 to 30 percent discounts for booth rental fees, depending on the sector, and free storage after the show was postponed.

Despite the relaxed travel restrictions, with the mandatory quarantine period for travelers cut down from 21 days to seven, 75 galleries, or more than half, participated via satellite booths. Representatives of 11 overseas galleries, including Take Ninagawa from Tokyo and Neugerriemschneider from Berlin, went through the quarantine and showed up in person, and they were warmly welcomed by the local art community.

The first two VIP days were noticeably less crowded than usual, however, though Art Basel said this was due to a more spacious floor plan to meet the social distancing requirements. While international visitors were understandably scarce, many mainland Chinese collectors were also unable to visit, since Beijing is restricting “unnecessary” outbound travels. Many have also left Hong Kong, be it because do a politically driven exodus or simply to escape the city’s stringent Covid rules. Some gallerists expressed concern before the fair’s opening that many of their client would not be in Hong Kong.

To ease exhibitors’ concerns, Art Basel has strengthened its online access to the fair. There are no hologram gallerists beamed to the fair ground this year, but “we have been hosting so many virtual tours,” Ooi said. These multilingual virtual tours became the eyes and ears for collectors around the world, many of them experience the fair for the first time, from Mumbai, Jakarta, Seoul, Taipei, and Shenzhen. Art Basel did not reveal how many collectors took part in these virtual tours this year, but many galleries successfully made sales through them, the fair noted. Visitors look at an art work at Lucie Chang Fine Art’s presentation of King of Kowloon on the second preview day of Art Basel in Hong Kong on May 26, 2022. Photo: Bertha Wang/AFP via Getty Images.

While the art community generally appreciated Art Basel’s efforts, some collectors on the ground have told Artnet News that they were disappointed by the selection of artworks, particularly those from international galleries, most of which take up the middle booths on the fair floor, instead of the prominent locations next to the convention hall’s entrances.

“It feels like an inventory show,” said one Hong Kong-based collector, who declined to be named. Although it was understandable that international galleries may not want to spend extra resources on more unique presentations, since fewer visitors were anticipated, and the fair was too close to Art Basel’s main show in Switzerland in mid-June, it felt “disrespectful” to the clients and Art Basel Hong Kong, the collector added.

Many galleries reported sales, however,  not just to Hong Kong-based collectors who visited the fair in person, but also some from mainland China, South Korea, across Asia, and Europe. Most of the sales gathered so far during the first two VIP days were under $1 million, with a number of them in the five-figure range. Hauser & Wirth sold more than a dozen works—around half of its booth—including two paintings by Henry Taylor for $75,000 and $250,000 to a private collection that supports MOCA L.A., and a Paul McCarthy bronze for $275,000 to a collection in mainland China. The priciest work the gallery has sold so far was a George Condo painting for nearly $2.7 million to a private museum in South Korea. By contrast, Hong Kong galleries, particularly those presenting homegrown talent such as Blindspot and Exit, were among the most popular with the VIP attendees. Art Basel also teamed up with M+ to present a video work by Ellen Pau on the facade of the museum, and worked with the Hong Kong Tourism Board to launch the Artist Tram Project, which will featuring local artists Cherie Cheuk Ka-wai, Stephen Wong Chun Hei, and Shum Kwan-yi.

De Sarthe sold all 23 works it brought by local artist Mak2 (a.k.a Mak Ying Tung 2), including eight paintings priced between $18,000 and $20,000, and drawings, to clients based in Hong Kong, mainland China, and the West. Peres Project also sold a work by the up and coming female artist.

“I didn’t expect that at all!” the excited 33-year-old Mak2 told Artnet News. “Some people still think that art fairs are bad. But artists need money to survive. Artists are not flowers and we do not just live on water and sunlight. Rather than criticizing art fairs, the local art community should try to understand how art values are constructed.” Veteran galleries showing established international artists also performed well. Kwai Fung Hin has sold eight works, including a work by Yoshitomo Nara for more than $4 million and a $2 million painting by Jonas Wood. Galerie du Monde sold works including those by Berlin-based Michael Müller and Taiwanese artist Wu Chi-Tsung to Hong Kong-based collectors in the region of $45,000 to $91,000.

“A lot of friends and collectors have gone traveling after restrictions are relaxed, but this does not affect sales,” said Catherine Kwai, founder and CEO of Kwai Fung Hin. “Collectors have done their research and they know exactly what they want, even just by looking at PDFs.”

Hong Kong artists take their chance to show at Art Basel seriously. Movana Chen, who is now based in Portugal, has returned to her hometown and gone through the travel quarantine to show her work Dreconstructing (2004-2008), presented by Flowers Gallery, among the large-scale installation section. GayBird, one of Hong Kong Canto-pop’s most respected musicians and composers, is making his Art Basel debut with the sound installation Fidgety (in between up & down), which is based on his heartbeat, with Hanart TZ Gallery. The work drew some complaints from neighboring galleries, however, and the artist was forced to turn down the volume.

“This is very important to me because it makes me feel like I’m part of this industry. Making a work to show at art fairs is quite similar to making pop music,” Gaybird told Artnet News. “You need to create a work that will allow you to communicate and interact with audiences.”

Art Basel Hong Kong Opens With a Local Focus, Strict Rules, and Surprisingly Strong Sales After Nearly Being Called Off

Sun Jun 12 , 2022
Filmmaker Sharmeen Obaid-Chinoy’s Ms Marvel is almost here and it’s natural for a project that big to encourage one to look back at their journey to see how far they’ve come. And the director did just that, thanking the person who signed on her first film 20 years ago. On […] 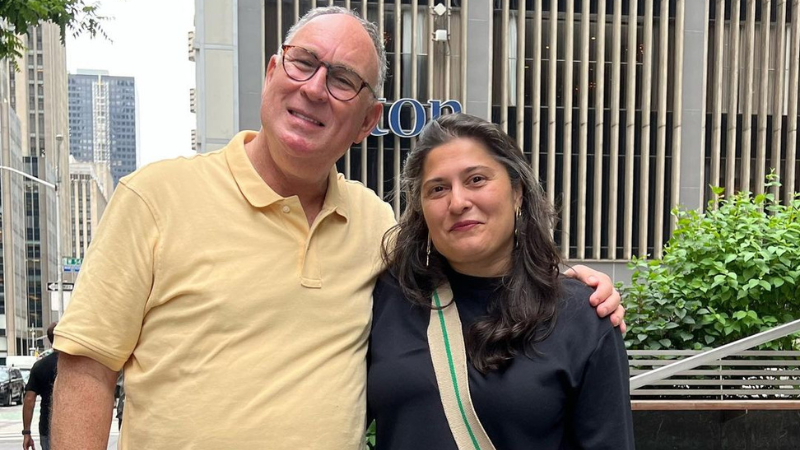