Pick of the week

With Top Gun: Maverick blasting into cinemas soon, this is the perfect opportunity to revisit Tom Cruise’s practice run. Doug Liman’s 2017 action comedy is – by Cruise standards, at least – relatively low stakes. Cruise plays Barry Seal, a pilot who in real life became a drug runner for the Medellín Cartel. As refreshing as it is to see Cruise indulge in proper character work (rather than simply playing another heroic cypher) and as zippy as the script is, the big appeal of American Made is the aerial photography. Were it not deliberately overshadowed by the Top Gun series, this would rightly be remembered as one of the all-time-great plane films.
Thursday 19 May, 9pm, Film4

Drag Me to Hell

Smartly scheduled to cheer up anyone who was disappointed by his Doctor Strange movie, this horror represents Sam Raimi firing on all his silliest impulses. The story, not that there is much of one, follows a young woman fending off a curse that threatens to torture her for three days before – that’s right – dragging her to hell. But you don’t watch a Raimi horror for plot. You watch it for all the gleeful, whiplash-inducing momentum and laugh-out-loud inventiveness. This movie is a rollercoaster ride. Outside the Evil Dead movies, Raimi has never been better.
Saturday 14 May, 10pm, BBC Three

Lisa Barros D’Sa and Glenn Leyburn’s devastating drama is a masterpiece of observation. Lesley Manville and Liam Neeson play a couple who find themselves tested when she is diagnosed with breast cancer. While cancer films can err on the melodramatic – or worse, the schematic, using the illness as shorthand for character motivation – Ordinary Love never once takes its eye off the ball. If you’ve never been through anything like this, you’ll empathise. But if you have, you will recognise yourself, and that’s the best possible compliment to give.
Sunday 15 May, 10pm, BBC Two

Now that he’s a newly minted TikTok rapper, it might be the right time to look back at one of Theroux’s most ambitious endeavours. After decades on TV, his first theatrically-released documentary was designed to pitch him straight into the dark heart of an infamous religion. If the goal was for Theroux to disassemble Scientology from the inside, it isn’t a spoiler to say that the film was a failure. But as a look at one man struggling to land a punch on an intangibly sinister organisation, it ranks among Theroux’s best.
Sunday 15 May, 11:25pm, BBC Two

With Spider-Man: No Way Home becoming such a sensation this year, it’s still faintly miraculous to remember that, pre-Spidey, the only film Jon Watts ever directed was Cop Car. It’s as small and spare a film as you could imagine – two bored kids steal a police car abandoned by a corrupt sheriff, and are forced to outwit his attempts at vengeance – but the attention to detail is second to none. Even better, as the evil officer, it features one of Kevin Bacon’s all-time-greatest performances.
Sunday 15 May, 2:15am, Horror Channel

After its instantly iconic first entry, the Predator series has been an exercise in diminishing returns. Predator 2 replaced tension with silliness, and you’d be forgiven for forgetting that 2010’s dismal Predators was ever made. With 2018’s The Predator, though, the balance began to reset. Co-written and directed by Shane Black (who had a small part in the first movie), this is the goriest and funniest of the sequels, which (almost) remembers that the key to a good Predator movie involves simply reacting to the mayhem caused by a merciless alien killer. Not perfect, but a step in the right direction.
Friday 20 May, 9pm, Film4

The Jackass movies are produced in a manner that always creates a glut of unseen stunts, so a Jackass 4.5 – recut and filled with snippets previously left on the floor – was always inevitable. But this doesn’t necessarily mean it will be all scraps and offcuts. After all, Jackass 4 was by far the most enjoyable film of the series. With the cast now in middle age, their absurd nihilism came tinged with autumnal melancholy, as if they were finally accepting mortality. If the new clips are as weirdly touching as those in its parent film, this will be terrific. Jackass forever!
From Friday 20 May, Netflix

Thu May 19 , 2022
One of the most intriguing concepts that come hand-in-hand with the Multiverse is the idea of Variants. First explored in Loki with Tom Hiddleston’s various other selves, it’s now been explored more than a few times. This go around, fans will meet, or have met, various alternate versions of Benedict […] 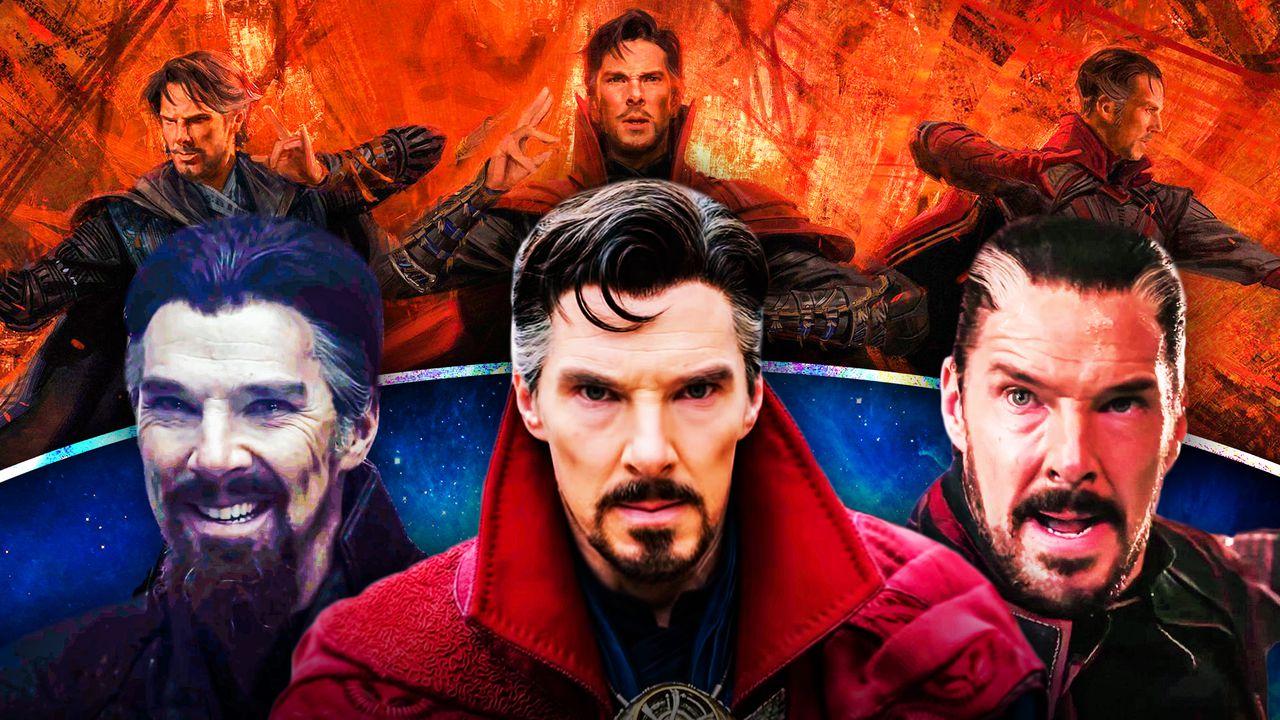