The supreme court’s leaked draft opinion overturning Roe v Wade, the 1973 decision protecting a woman’s right to an abortion in the US, is not official yet, but the ink might as well be dry. At best, Roe will be gutted to the point of near meaninglessness; it is very likely that come June, the ruling will be overturned entirely, allowing so-called “trigger laws” in 26 states to ban abortion as soon as possible. The US in 2022 will suddenly resemble the US in 1972, when a handful of states had legalized abortion and twomen sought out shadow networks of illegal providers – some dubious and dangerous, some not.

I don’t think it’s a coincidence that as a conservative majority solidified on the court, and as Roe’s vulnerability became more clear, a handful of recent films have focused on the tense days just before legalization. Happening, the French director Audrey Diwan’s film based on Annie Ernaux’s memoir, is a spare, haunting portrait of a young woman’s search for an illegal abortion in 1960s France. (The film, which premiered at Sundance in January, is out in the UK and arrives in US cinemas this weekend.) Phyllis Nagy’s Call Jane, which also premiered at Sundance and will get a wide release in October, stars Elizabeth Banks as a late-60s suburban housewife who goes from patient to provider within the Jane Collective, a real underground abortion network in Chicago. The Janes, an HBO documentary recounting the history of the Jane Collective, will premiere in June, probably coinciding with the court’s final decision.

Culture is not linear cause and effect, and it’s impossible to say how film and television portrayals of abortion play into this extreme regression. But they do offer an imperfect mirror to a culture in flux – one that, contrary to the court and state legislatures, has generally made slow progress toward depicting the reality of abortion, which for many women is safe, uncomplicated and free of shame. It is a great irony that as abortion on screen has become less sensationalized and more realistic, the off-screen landscape for reproductive healthcare in the US has grown more hostile and misaligned with public opinion.

Take the burgeoning mini-genre of abortion road-trip movies – a handful of films from the last two years, disparate in tone but united on a woman’s right to choose, whose plots stem from the difficulties of obtaining reproductive healthcare in the US. Those films – Natalie Morales’s Plan B, Rachel Lee Goldenberg’s Unpregnant and Eliza Hittman’s Never Rarely Sometimes Always – were in part a response to a wave of state-level crackdowns on abortion access passed in 2019. All three – two buddy comedies and a somber drama – took their teenage protagonists’ decision to get an abortion or, in the case of Plan B, emergency contraception, as a given. Their drama hinges not on internal ambivalence but the real inane and cruel hurdles – age restrictions, hours of travel, money, so-called “crisis pregnancy centers” posing as medical care – to enacting her will.

In contrast to past films, which have portrayed post-Roe abortion as more dangerous than it is, both the pre-Roe films and the abortion road-trip movies depict the procedure as clinical, careful and undramatic. Call Jane includes a real-time procedure whose steps are repeated; Nagy’s camera lingers over the metal instruments, the calm instructions of the providers, on several women’s faces in anxious, determined repose, emphasizing the procedure as precise, professional medical care. Director Alex Thompson’s 2019 comedy Saint Frances takes a similarly unsentimental approach to medication abortion, an increasingly common method for US women and one that barely reaches the screen. The procedure is unvarnished and straightforward: we witness Bridget (the film’s writer, Kelly O’Sullivan), a 34-year-old ending a surprise pregnancy, endure cramps and shed clotted blood over the course of an evening, then go about her life with all its other complications and contradictions.

It’s worth noting that the anti-abortion movement has their own arsenal of personal stories and cinematic depictions, often in lockstep with the religious right and the Republican party. Unplanned, an anti-choice propaganda film, featured a gory portrayal of a 13-week-old fetus “twisting and fighting for its life”, as protagonist Abby says – a depiction numerous medical experts deemed inaccurate and misleading. The film spread through word-of-mouth, faith-based groups and sold out theaters across the US, grossing $19m domestically. The 2021 drama Roe v Wade, a much-delayed and beleaguered production by the siloed conservative Hollywood ecosystem, featured numerous rightwing celebrities including Jon Voight, Stacey Dash and Tomi Lahren.

On the television front, the rise of streaming services and peak TV helped proliferate portrayals of abortion as mundane and unapologetic – an aspect of a character’s life rather than its defining trauma. Broadly speaking, abortion had been one of the last frontiers for television, enough that the New York Times’ Kate Aurthur referred to it in 2004 as “television’s most persistent taboo”. As Tanya Melendez outlined for Vox, abortion on television could, until the mid-2000s with very few exceptions, be classified into three major plot lines: a character considers terminating a pregnancy but doesn’t have to go through with it due to miscarriage or a false positive; the women’s decision is resolved by a presumed instinct for motherhood; and a “both sides” plot which pits a woman’s choice and those trying to stop her as equally understandable sides of a complicated moral debate.

There were a few exceptions – a 2010 plot line from Friday Night Lights, for example, is a rare example of an adult helping a teenager navigate parental consent restrictions in Texas. But things didn’t change much until the 2010s, when Shonda Rhimes conquered network television and the rise of streamers fostered more opportunities for female creative talent and fewer content restrictions. On Rhimes’s Grey’s Anatomy and Scandal, main characters undergo abortion – clean, clinical – without emotional distress or asking for permission. Streaming saw the rise, in the 2010s, of what Jezebel termed the “chill abortion”. On shows such as Claws, Glow, Sex Education, Shrill, Dear White People, Euphoria, Jane the Virgin and Girls, abortion is a medical decision that doesn’t derail the character, and is but one of many events in her life. On the other side of the coin in the Trump era, Hulu’s The Handmaid’s Tale imagined a system of forced birth in the US – a dystopia that many awkwardly if not completely inaccurately likened to the Republican party’s assault on reproductive rights in the 2010s.

Network TV appears to be catching up. A 2021 episode of NBC’s hit This Is Us framed an abortion as a teenager as a traumatic event that required healing, but because of a toxic relationship, not the abortion itself. The writer and executive producer KJ Steinberg told Entertainment Weekly she wanted the flashback storyline, which features scenes from before and after the procedure, “to reflect the seriousness of the decision without representing it as a life-defining trauma, because it’s not. The trauma was the abusive relationship.”

This is not to say that abortion on screen reached accuracy just as access crumbled. According to a report by Abortion Onscreen, a project run by reproductive health researchers at the University of California at San Francisco, TV in 2021 continued to overrepresent white women receiving abortions (68% of portrayals; the majority of women in the US who get them are people of color) and underrepresent women who are already parents (14%, compared with 59% in real life.) Both TV and film have underplayed the restrictions many women, particularly poor women and people of color, faced in obtaining an abortion even with Roe on the books.

Film and TV have undoubtedly shaped our collective understanding of abortion – there’s power in disclosure, in honest depiction, in busting taboos. But soft influence cannot, unfortunately, overturn a supreme court ruling. The latest mini-wave of abortion films looking to the past – Call Jane, Happening, The Janes – could once be seen as a warning, now as a window to a regressive future. We shall see how the devastating shock of that will suffuse the next mutation of abortion on screen.

Fri May 6 , 2022
Elsewhere in entertainment, events and the arts: MUSIC: Artosphere festival The Artosphere: Arkansas’ Arts + Nature Festival returns, full bore, to Northwest Arkansas, with outdoor performances, orchestral concerts and chamber music performances, starting with a show by Trout Fishing in America, 7 p.m. Wednesday at the Botanical Garden of the […] 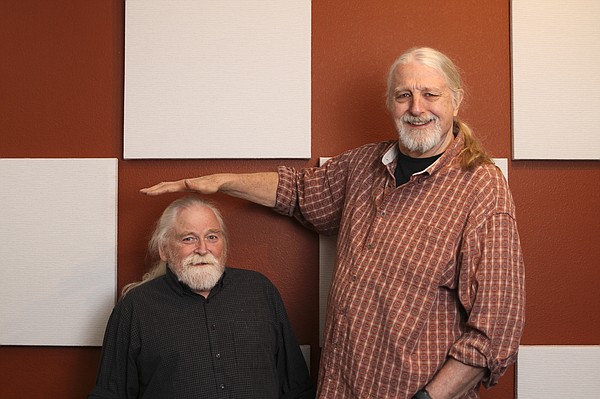