HARTFORD, Conn. — There has always been a certain fluidity in our appreciation of the American modernist maverick Milton Avery (1885-1965). And this is not just because of the light, airy, daringly simplified, almost abstract paintings of sand, sea and sky that characterized his last decade. Avery was artistically unaffiliated, never part of a particular group or movement, which means that general awareness of his work has fluctuated a great deal. It’s always surprising to realize the range of his styles and subjects, and the chance to do so has been too rare.

Now, one of those rare moments has arrived, with quite a bit of Avery’s work on view in shows in New York City and Hartford, Conn. The Wadsworth Atheneum Museum of Art in Hartford is presenting “Milton Avery,” a lavish survey of nearly 70 paintings (organized by the Royal Academy of Arts, London in collaboration with the Wadsworth and the Modern Art Museum of Fort Worth). It is the largest since the artist’s retrospective at the Whitney Museum in 1982. In New York, Yares Art is celebrating 50 years of representing the Avery estate with an exhibition of 50 Averys; mostly paintings, with some watercolors.

And as a sidebar to these shows, D. Wigmore Fine Art has mounted its third show of the work of Sally Michel (1902-2003), the painter from Brooklyn who married Avery in 1926. She worked full time as a freelance illustrator for more than 30 years so that he could paint full time. Her painting style has been seen as a knockoff of her husband’s, but her contribution to its formation has yet to be fully recognized, especially his tendency to distill forms to their essence.

The Wadsworth show begins on a cringey note. Its first work is a small oil on board from around 1910 that features tufts of yellow and green leafy brushwork supported by trunks and branches whose skinny, brittle lines suggest the use of a quill pen. Yick. If that painting promises anything, it’s a future in greeting card design. But Avery, whose simplified use of flat, saturated color would influence fledgling Abstract Expressionists like Mark Rothko, Adolph Gottlieb and Barnett Newman, virtually acknowledged the problem: He called the scene “Spindly Trees” and went on to use line more loosely and inventively, making them a staple of his radiant, notational art.

The development of Avery’s use of line is visible nearby in a charming little Impressionist work from 1918, where the lines disappear in a richly colored, palette-knifed surface. In two hilly vistas — “Moody Landscape” (1930) and “Fall in Vermont” (1935) — Avery begins to exploit the physicality of paint. Softer, thicker lines and autumnal colors suggest the influence of Marsden Hartley’s dark early landscapes, also inspired by Vermont. Then the thin lines return, gentler and more supple, in “Blue Trees” of 1945, an early mature painting; they seem almost to sway within the soft masses of blue and mauve leafiness of different trees.

If this seems like a lot of ground for a show to cover in its first 15 paintings, it is. The Wadsworth presentation is arranged thematically, divided according to traditional subjects — landscape, still life, portraits and self-portraits, figures and figure groups — as well as “Urban Scenes,” “The Breakthrough Moment” and “Color Harmonies.” Each of the first several galleries backtracks to around 1930 and marches forward again, which becomes confusing. Then, toward the show’s finish, the divisions dissolve into one another, culminating in a final gallery of late work from the 1950s and early ’60s, when Avery enlarged his canvases, thinned his paint, and turned for the most part to unpopulated views of the sea, arguably nature’s most abstract element. The few times he edged into abstraction, however, he held back with a descriptive title like “Boathouse by the Sea,” which converts this 1959 painting’s bands of color orange, blue, yellow and black into sky, water, sand and shadow.

Born into a working-class family in New York State, Avery grew up in Hartford and never really had an easy life. He left school at 16, taking a succession of jobs — mostly manual — to help support his family. Upon the death of his father in 1905, he decided that a job in commercial lettering would pay better and enrolled in a class at the Connecticut League of Art Students. The teacher encouraged him to switch to life-drawing class; by 1911 he listed his occupation as “artist” in the Hartford directory, studying at night while working during the day.

In 1924, he met Sally Michel at an art colony in Gloucester, Mass. She was 17 years his junior, which was one reason that, around this time, he moved his birth date up to 1893. Upon their marriage two years later, they established their routine in a small apartment in Manhattan. He painted in the living room — he never had a studio. She also worked “from home” as we now say, as a freelance illustrator, including for The New York Times Magazine and Macy’s department store for three decades, and thus could also care for their daughter, March, who was born in 1932. On the weekends the couple visited art galleries and museums. Michel also painted, but only on board in modest sizes; she did not use canvas or begin to have solo shows until after Avery’s death .

Life was not easy for Avery and Michel but its harshness did not affect his art. Avery consistently made gentle, optimistic, profoundly optical paintings that defined their own strip of no man’s land between representation and abstraction, refusing both extremes through their use of simple shapes and saturated colors. (Only in the late 1950s did his work begin to earn enough that she could quit her day jobs.)

The big ocean-oriented paintings of Avery’s final decade are considered his greatest works because they are closest to the pinnacle of Abstract Expressionism. But the shows at the Wadsworth exhibition and to some extent Yares attest that there are great Averys from every decade. He remained a singular hybrid, who never settled into any niche, but constantly circulated, combining different ratios of cartooning, folk art, European modernism and American Scene painting.

In the 1941 “Bus Ride” at Yares — which has slightly more late paintings than the Wadsworth, including his last one — the Avery family is pictured on a New York City bus. Avery’s hair is wild and so is the spatial design in this odd fusion of American Scene and folk art, with a touch of cartooning. In the 1931 “Seaside” at the Wadsworth, he widely spaces five figures on a beach, combining American Scene in a modernist meditation on pale colors. The ensemble is stagelike and feels a little like a Shakespeare tragedy, or a Beckett farce, primarily because of the startled expression in the main figure’s face. It takes a moment to realize that the woman behind her is probably simply zipping up her friend’s beach dress.

The view that Avery worked for decades to achieve a final blast of brilliance seems as antediluvian as the idea that he worked alone in a style that overpowered his wife’s work. First of all, they were more or less joined at the hip, working side by side, looking at and talking about art, for 40 years. As other art historians have suggested, it may be impossible to think of their style as anything but collaborative, especially since Michel was an illustrator, adept at abbreviating forms.

The 17 paintings in “Sally Michel: Reshaping Realism” at Wigmore include landscapes, still lifes, nudes and figures. They are not as suave as Avery but they have a sharpness of composition and a boldness of color that gives them their own weight, tension and emotional force. They confirm that without Sally Michel there would have been no Milton Avery, and not just because she brought home the bacon for much of his artistic career.

Mon May 16 , 2022
Over the years, Idra Elba has become both a powerhouse hero and a spine-chilling villain. His dominating persona paired with a meaningful emotional range makes him a beloved A-list star. Even his voice by itself is enough to draw crowds into animated movies like Zootopia, The Jungle Book, and Sonic […] 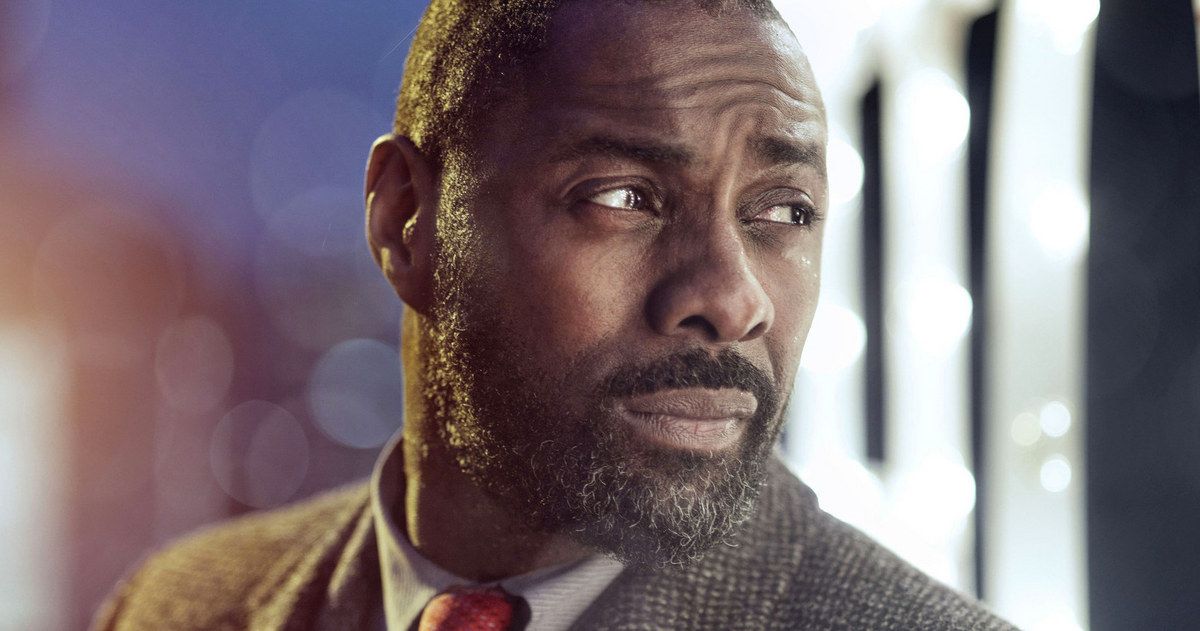