Anton Bruckner, modernist trailblazer? So thinks François-Xavier Roth, one of the more inventive conductors working today. Roth has been working on a Bruckner cycle with his Gürzenich Orchestra in Cologne, Germany, of which this is the first evidence on record. To illustrate the composer’s progressivism in concert Roth, has performed the Third Symphony with Ligeti, the Eighth with Lachenmann and this Seventh, which was taped live in December 2019, with music by Graciane Finzi. The pairing doesn’t make it to disc; what is left is Bruckner quite different from the norm.

Not for Roth all that guff about “cathedrals of sound” — this is lighter, lither and faster than the Bruckner we so often hear, fully 10 minutes swifter than Andris Nelsons’s recent account of the same piece with the Gewandhaus Orchestra of Leipzig. Surely influenced by his work with his period-instrument ensemble, Les Siècles, Roth is less interested in grand, architectural paragraphs than in briefer, accentuated phrases; thinning out some of Bruckner’s textures, his emphasis is not on gravity of utterance, but on variety of sonority. It will take some getting used to, but that’s the point. And if I’m not yet entirely convinced, it’s telling that I want to hear more. DAVID ALLEN

The conductor Marin Alsop has just ended her tenure as the music director of the Baltimore Symphony, the first woman in that position at one of the largest American ensembles. But she’s hardly through innovating, as in this powerful take on works by Hans Werner Henze.

Henze, commonly programmed in Europe, is not often played in the United States, where his reputation is unsteady; he also paid for his wide aesthetic range. “Nachtstücke und Arien,” in which tonal melody coexists with dense abandon, scandalized radicals like Pierre Boulez when it premiered in 1957.

With her Vienna orchestra joined by the soprano Juliane Banse, Alsop has the measure of its mournful beauty; in the first movement, early melodies for the winds have a relaxed, lounging quality, often set against nervier string writing. But this reading is still plenty severe in the movement’s moments of massed-pitch frenzy. All of the Henze pieces on this set — which also includes “Los Caprichos” and, with the cellist Narek Hakhnazaryan, “Englische Liebeslieder” — have been well recorded in recent years on the Wergo label. But some of those crisp takes can sound as though they’re still trying to redeem Henze for Boulez’s starker ears. As Alsop makes clear, that’s not the only way to hear him. SETH COLTER WALLS

The cellist Matt Haimovitz’s playing sizzles. And yet over a long program, it can be strangely easy to start to forget him. His skill becomes something you take for granted; it’s a humble way to present virtuosity.

His latest contemporary-music vehicle is a multivolume series, “Primavera,” in which he’s invited 81 composers to respond to spring-indebted paintings by Botticelli and the contemporary artist Charline von Heyl. After his own arrangement of the Kyrie from Josquin’s Missa Hercules Dux Ferrariae, we hear Missy Mazzoli’s tribute to the same work — with a rhythmic gait that suggests both Minimalism and American folk dance.

The plunging motifs of Tomeka Reid’s “Volpaning” and the aggressive energy of its climax, seem to depict a flying object finding its preferred momentum only as its journey is concluding. It’s energizing and heart-rending at once. Taken alongside other worthy commissions by the likes of Sky Macklay, Jennifer Jolley and Alex Weston, Haimovitz’s makes a persuasive argument on behalf of his chosen composers, who take center stage throughout. SETH COLTER WALLS

The baritone Benjamin Appl’s hat trick of Schubert recitals at the Park Avenue Armory in 2019 was one of the most promising New York debuts in recent years. He hasn’t been back since — his next engagement, at Carnegie Hall, was a pandemic casualty — but in the meantime, he has recorded one of those Armory programs: the melancholy song cycle “Winterreise.”

As in New York, the pianist is James Baillieu, who is often more deferential and measured than showy, even in the galloping “Die Post.” Yet he is also capable of quiet tension, as in “Die Krähe,” and compliments the wide emotional world within the whispers of Appl’s approach. Their “Gute Nacht” has the softness of fresh snow, but also its dangerous chill. That’s the key to Schubert’s sadly beautiful music, and the reason this “Frühlingstraum” is at once gorgeous and shattering.

Appl handles the cycle’s sharp turns with affecting control, a storyteller’s thrall and, above all, trust in the text. He relishes the mercurial serenity of “Der Lindenbaum” and the major-key ending of the furious “Rückblick.” In “Die Wetterfahne,” he is unafraid of a little ugliness, which works until a barking climax.

Throughout — culminating in a frighteningly straightforward “Der Leiermann” — you can hear the actorly qualities that gave another Schubert cycle Appl sang at the armory, “Die Schöne Müllerin,” the shape of a true monodrama. That is an even better fit for him; I hope he records it next. JOSHUA BARONE

The Catalyst Quartet’s “Uncovered” series has quickly become one of the most worthwhile recording projects around, notable not just for the serious attention that the quartet is paying to Black composers who deserve it, but also for the excellence of their playing. Samuel Coleridge-Taylor was the focus of the first release; Florence Price, of the second, which offers six works, four of them premiere recordings, with the aid of the pianist Michelle Cann and the violinist Abi Fayette, who joined the quartet after the recent departure of the composer Jessie Montgomery. (Next up are William Grant Still, Coleridge-Taylor Perkinson and George Walker.)

The two largest works here, a piano quintet and string quartet, both in A minor, date to the mid-1930s and are in the lush, epic style — weaving distinctive spiritual idioms into inherited forms — that has become familiar from Price’s contemporaneous First and Third symphonies. The four other works are quite different: a two-movement, likely unfinished String Quartet in G (1929) that has a striking slow movement contrasting poignant lyricism with darkly comedic episodes; an undated piano quartet, concise yet effective; and two late quartets, the “Negro Folksongs in Counterpoint” (from around 1947) and “Five Folksongs in Counterpoint” (1951), which concludes with a bravura setting of “Swing Low, Sweet Chariot.” It starts off having something of Haydn’s “Emperor” Quartet to it, but ends with an energy and conviction all Price’s own. DAVID ALLEN

Thu Mar 3 , 2022
💌 Love Philly? Sign up for the free Billy Penn newsletter to get everything you need to know about Philadelphia, every day. When Tahron Bryant started his luxury streetwear line Nouvelle Richesse in 2019, he had to stay on the move. Bryant was studying at Lincoln University at the time, […] 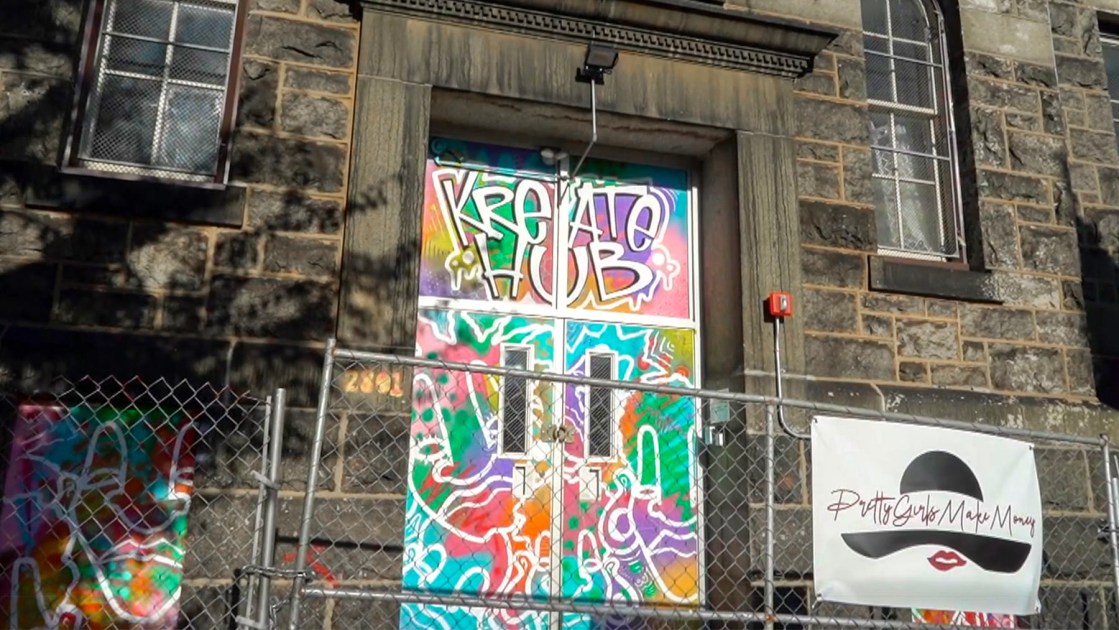