So many movies, very little time.

Like every streaming service, Hulu is getting rid of movies and TV shows at the end of the month. Now until Thursday, June 30, make sure to watch popular movies before they leave the platform.

Don’t know where to start? Take a look at our top 10 must-watch movies leaving Hulu this June.

Description: Struggling musician Peter Bretter (Jason Segel) is better known as the boyfriend of TV star Sarah Marshall (Kristen Bell). After she unceremoniously dumps him, he feels lost and alone but makes a last-ditch bid to get over it by going to Hawaii. However, she and her new boyfriend (Russell Brand) are there in the same hotel.

Description: Seven close but self-centered friends in Georgetown struggle to deal with the transition from adolescence to adulthood and realize that life is not as easy as expected.

Description: Arthur Dent (Martin Freeman) is trying to prevent his house from being bulldozed when his friend Ford Prefect (Mos Def) whisks him into outer space. It turns out Ford is an alien who has just saved Arthur from Earth’s total annihilation. Ford introduces Arthur to his myriad friends, including many-headed President Zaphod Beeblebrox (Sam Rockwell) and sexy refugee Trillian (Zooey Deschanel). Arthur makes his way across the stars while seeking the meaning of life, or something close to it.

Description: After Dr. Bill Hartford’s (Tom Cruise) wife, Alice (Nicole Kidman), admits to having sexual fantasies about a man she met, Bill becomes obsessed with having a sexual encounter. He discovers an underground sexual group and attends one of their meetings — and quickly discovers that he is in over his head.

Description: New York City policeman John McClane (Bruce Willis) is visiting his estranged wife (Bonnie Bedelia) and two daughters on Christmas Eve. He joins her at a holiday party at the headquarters of the Japanese-owned business she works for. But the festivities are interrupted by a group of terrorists who take over the exclusive high-rise, and everyone in it. Very soon McClane realizes that there’s no one to save the hostages — but him.

Description: After floating in space for 57 years, Lt. Ripley’s (Sigourney Weaver) shuttle is found by a deep space salvage team. Upon arriving at LV-426, the marines find only one survivor, a nine-year-old girl named Newt (Carrie Henn). But even these battle-hardened marines with all the latest weaponry are no match for the hundreds of aliens that have invaded the colony.

Description: When rival crook Johnny Amato (Vincent Curatola) hatches a plan to rob a card game run by mob lackey Markie (Ray Liotta), he picks a low-rent thug named Frankie (Scoot McNairy) to do the job. Frankie picks a less-than-ideal partner (Ben Mendelsohn) to help him, but despite their combined incompetence, they manage to make off with the mob’s money. In retaliation, Markie’s bosses hire Jackie Cogan (Brad Pitt), a mob enforcer, to eradicate those responsibly.

Description: Barbara Covett (Judi Dench), a veteran teacher at St. George’s, senses a kindred spirit in Sheba Hart (Cate Blanchett), the school’s new art teacher. The younger woman’s charisma intensely draws in the older, and the two become friends. Then Barbara learns of Sheba’s affair with a teenage student and becomes the keeper of the explosive secret.

Description: When Mary Lennox’s parents suddenly die, she is sent to live with her uncle, Archibald Craven, on his remote country estate deep in the Yorkshire moors. While exploring, she discovers a hidden magical garden.

Description: Johnny and his sister Jashuan live with their single mother on a reservation. When their absentee father dies, Johnny feels compelled to strike out for a new life in LA, but fears leaving his sister behind.

Watch Live and On-Demand TV from 75+ top channels including sports and news. Stream full seasons of exclusive series, hit movies, current episodes, premium Hulu Originals, and more on Hulu, along with endless entertainment on Disney+ and live sports on ESPN+.

Enjoy personalized profiles and custom TV lineups. Browse and flip through channels with our Live Guide. Record live TV with Unlimited DVR at no additional cost. Stream on multiple devices at home or on the go.

How much does Hulu cost?

No hidden fees, equipment rentals, or installation appointments. Get Hulu + Live TV, Disney+ and ESPN+ for a new price of $69.99/month. If you find it isn’t for you, cancel easily online or by calling us.

Tue Jun 21 , 2022
(Photo by Andrew Southam / TM and Copyright © 20th Century Fox Film Corp. All rights reserved, Courtesy: Everett Collection) These are the most acclaimed films of Philip Baker Hall, the prolific character actor who started his career at age 30 in 1961. Hall had an especially strong run in […] 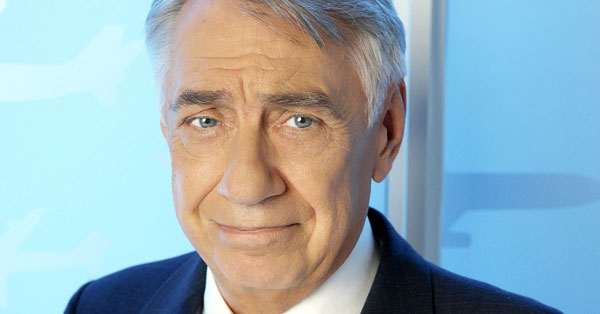