The new romantic comedy Marry Me offers the perfect movie treat for Valentine’s Day. While the movie embraces the typical story found in the rom-com genre, with an unlikely couple having a budding romance together, it is also elevated thanks to its wonderful cast.

The movie features some big-name stars that will draw audiences in as well as a supporting cast filled with funny and likable actors who stand out in smaller roles. And once fans have watched Marry Me, they can check out some of the other great projects the cast has been a part of, from big blockbusters to prestige television shows.

As Marry Me takes place in the entertainment world, it features a lot of real-life entertainment personalities appearing as themselves in the story. The most prominent among them is Jimmy Fallon who appears several times throughout the movie as host of the Tonight Show.

While Fallon is now a major fixture on television as the talk show host, he first found fame as a breakout star on Saturday Night Live. Throughout his six years on the legendary sketch comedy show, Fallon became a star with his various characters, impressions, and as co-anchor on Weekend Update.

Jameela Jamil has a small cameo in Marry Me as a stylist at the Tonight Show when Kat (Jennifer Lopez) appears as a guest on the show. Her small role may have been as a favor to director Kat Coiro who Jamil will be working with in the upcoming MCU series She-Hulk.

Before joining the Marvel universe, Jamil first gained attention as part of the cast of the acclaimed sitcom The Good Place. Jamil played Tahani, one of the main characters who find themselves in a paradise afterlife only to find things aren’t as they seem.

Another small but funny role in the movie comes from Utkarsh Ambudkar as Coach Manny. He is the coach of the rival math club facing off with Charlie (Owen Wilson) and his team. Coach Manny also proves himself to be an overly competitive individual.

Ambudkar is a successful comedian and actor who has appeared in a number of high-profile shows and movies. Recently, he appeared as video game designer Mouser in Free Guy. The hugely popular comedy from last year starred Ryan Reynolds as a video game character taking control of his life.

The supporting cast of the movie is filled with the close confidantes in both Kat and Charlie’s respective lives. Michelle Buteau plays Melissa, Kat’s protective and passionate assistant who doesn’t hide her skepticism over this new relationship.

Buteau is one of the stars of the comedy series First Wives Club. Based on the movie of the same name, Buteau plays one of three divorced women who support each other with their friendships as they embark on a new chapter in their lives.

While the movie focuses on the romance of Kat and Charlie, it also explores how Charlie’s young daughter Lou fits into all of this. The bond Kat forms with Lou is very sweet as she teaches the young girl how to be confident in herself.

Chloe Coleman is a young actor who seems ready to have a big career in Hollywood. One of her first movie roles saw her starring alongside Dave Bautista in My Spy. Bautista plays a hardened CIA operative who is stuck with a precocious young kid (Coleman) while on a mission.

Another person in Charlie’s inner circle is his best friend and fellow teacher, Parker, played by Sarah Silverman. While Parker is very starstruck by Kat when the relationship begins, she is also there to help Charlie adjust to his new life of fame.

Silverman is best known for her very successful career as a stand-up comedian which has also led to her starring in a number of shows and movies. However, her most popular role is actually a voice performance in the Disney animated adventure Wreck-It Ralph in which she plays Vanellope.

Another key member of Kat’s team is her manager Colin, played by John Bradley. Unlike some of the more crooked and unlikable characters of this kind from other movies, Colin is actually someone who cares not only about Kat’s career but also her happiness.

While he also appears in the recent sci-fi action movie Moonfall, Bradley is best known as Samwell Tarly in Game of Thrones. Sam was one of Jon Snow’s best friends in the show and his arc to becoming a hero was an uplifting one.

As with most rom-coms, there is an element of a love triangle thrown into Marry Me. Maluma plays the other man in Kat’s life and the one she was supposed to marry, fellow pop star Bastian. He proves to be dishonest and not a right fit for Kat despite their obvious connection on stage.

Marry Me marks the first live-action movie for Maluma but he has already found international fame as a popular musician. He was also part of the voice cast for Disney’s Oscar-nominated animation adventure, Encanto which tells the story of a Columbian girl who is the only one in her family without magical abilities.

Along with being a rom-com, Marry Me serves as a fish-out-of-water story for Charlie. He is a mild-mannered single father and dedicated teacher who is suddenly brought into the wild world of a celebrity. Owen Wilson helps bring a lot of charm to the role.

Wilson is an actor whose career in Hollywood is filled with big hits and popular movies. He is most recently known for his role as Mobius in Loki, helping deliver one of the best new MCU characters. Mobius, the clever and kind-hearted TVA agent is also set to return in the show’s second season.

While Jennifer Lopez might seem like an obvious choice to play a popular singer at the center of a media-focused romance, she still gives a winning performance in the role. She plays Kat with a down-to-earth and sweet quality that is very necessary for the movie to work.

Lopez is no stranger to the rom-com genre, but she received some of the best reviews of her career for the crime story, Hustlers. Lopez plays the leader of a group of exotic dancers who come up with a plan to rob their clients.

NEXT: 10 Movies & TV Shows Where You’ve Seen The Cast Of Licorice Pizza Before


Next
Blade Runner 2049: 8 Things You Didn’t Know About The Sci-Fi Epic

Colin McCormick is a Senior Writer with Screen Rant and has been a proud member of the team since 2019. In addition to his work as Screen Rant, Colin is also a writer of News, Feature and Review pieces at Game Rant. Colin has had a long passion and obsession with movies going back to the first time he saw The Lion King in theaters. Along with movies, Colin stays up-to-date on the latest must-see TV shows. While he loves to find interesting projects in any kind of genre, he has a special movie of crime stories that are infused with a little dark humor much like the work of his favorite author, Elmore Leonard.

How do we deal with controversial monuments that are part of history?

Wed Feb 16 , 2022
Breadcrumb Trail Links News Local News Local Arts Life While there were a variety of views, the consensus is a cooling-off period might be the best solution before reintroducing controversial works and explaining the context in which the art was created. Publishing date: Feb 13, 2022  •  2 days ago  •  […] 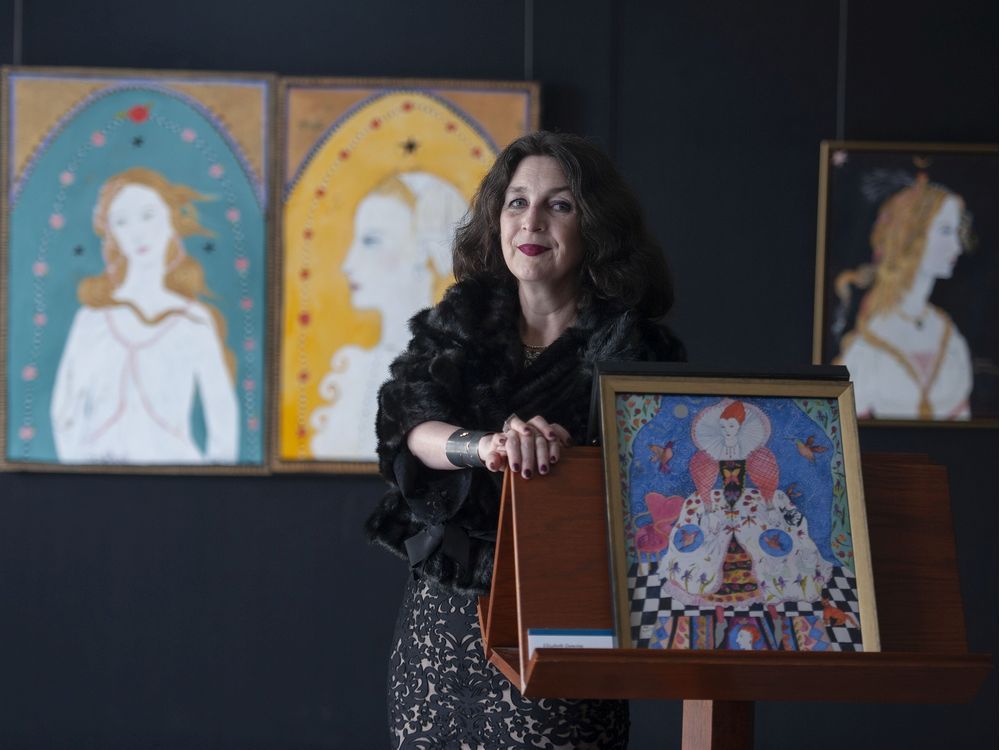